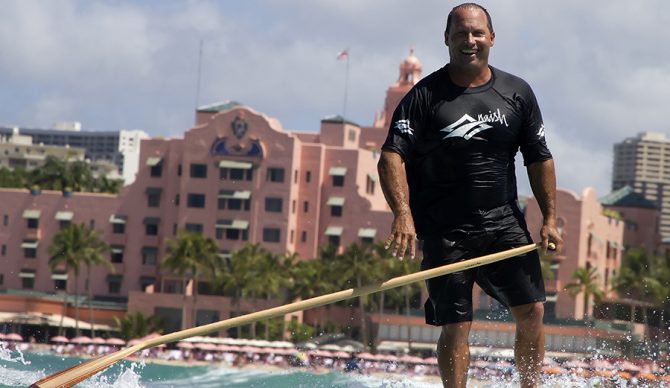 When I heard that Loch Eggers had passed away of a heart attack while hiking on Maui last weekend, a Darrell Wong image immediately popped into my head: Loch on a Naish stand-up board, crouched in a very large, beautiful blue barrel with a heavenly vision in front of him. Having spoken with Loch about that particular wave years ago, I couldn’t recall if he’d made it out. But only one thing really mattered – the barrel was big enough to fit a 10-foot SUP in. And so it personified the influential waterman to a T: always charging, whether on a SUP or a traditional open canoe. Yes, Loch loved girthy waves.

According to friends, he suffered a heart attack alone while hiking one of his favorite spots, Lahaina Pali Trail overlooking Maalaea Harbor about a mile above Honoapiilani Highway. He was apparently flown out of the area on a rescue helicopter before being pronounced dead. Sadly, his brother, Hunter, passed away in late April unexpectedly during a canoe race, a sport the whole family had a deep love for (Loch’s and Hunter’s mother Hilary was on one of the first all-women’s canoe teams to race the Molokai2Oahu). Both Hunter and Loch raced for Waikiki’s famous Outrigger Canoe Club and Hunter was a junior Olympic sprint paddler. 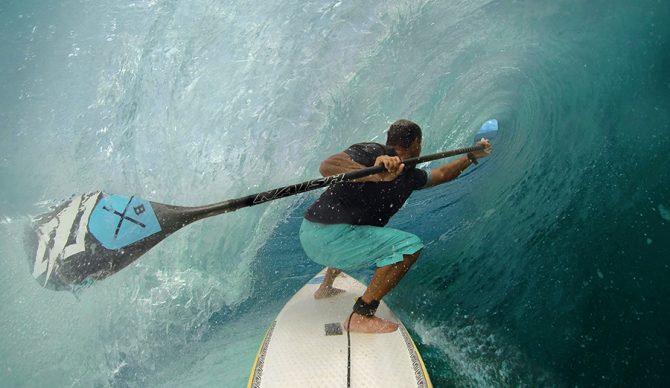 “Loch was a character, he was bigger than life,” Wong said. Indeed, Loch, raised on Oahu’s south shore in a paddling family, was at the forefront of the stand-up movement in the early 2000s as surfers, windsurfers, and paddlers began migrating to the sport. But Loch – along with Dave Kalama and Laird Hamilton – was key in popularizing downwind runs with SUPs, especially Maliko Gulch to Kahului Harbor, where stand-up paddlers now regularly use open ocean swell to “surf” down the coast. They also started charging big waves on the outer reefs around Maui, including Peahi.

In 2003, Loch ran into Hamilton on Maui after watching him paddle one afternoon. He parked next to him at a local coffee shop to pick his brain about the sport and soon the two, along with Kalama, started making regular runs down Maui’s northern coastline. In 2005, they surfed Jaws with SUPs and people’s minds were officially blown. 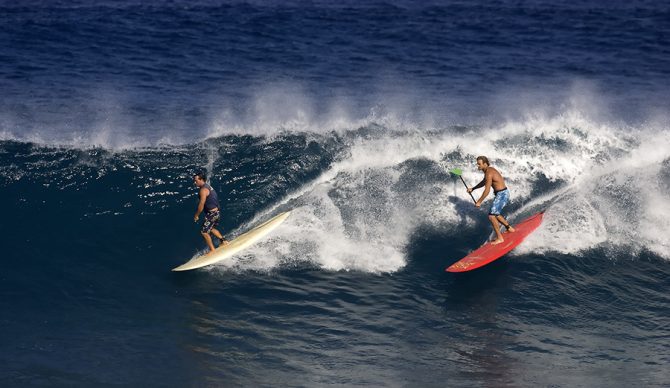 Loch and Laird at Hookipa in December, 2005. Photo: Darrell Wong

As fellow waterman and friend John Smalley once said, Loch was, “the real deal, and one of the most talented, down-to-earth people you’ll ever meet — a quiet pioneer without the ego.” A relentless guardian of the waterman lifestyle, and the Hawaiian way of life in general, Loch was always more apt to help people get into paddling than he was to compete in a race or contest, taking kids out to surf in his open canoe or just simply teaching people how to enjoy the ocean. “He was like a Waikiki beach boy on Maui,” Wong said.

“He helped so many people,” fitness coach, Maui local, and friend Suzie Cooney said. “Even out of the water. If somebody was in trouble, one of our friends in the community, we would call Loch and he’d go do a wellness check. He was just a really good human.” 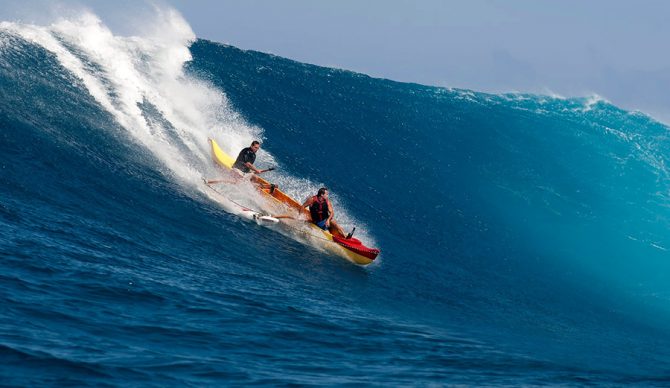 A self-described “blue collar SUPer” he worked as a landscaper by trade. But there’s little doubt that the underground Maui charger’s influence will live on in the water.

“Loch was a true character untethered by the constraints of social norms,” Dave Kalama told me. “He did what he wanted without guilt or anger, and there was always a sense of aloha in everything he did. He always had an honorable reverence for the watermen that came before him, and modeled himself after many of them. Loch’s life-long dedication and commitment to that lifestyle was second to none. I will take comfort in knowing that he got way more than his fair share of experiences while he was here and that he made the absolute most of his time on Earth.”