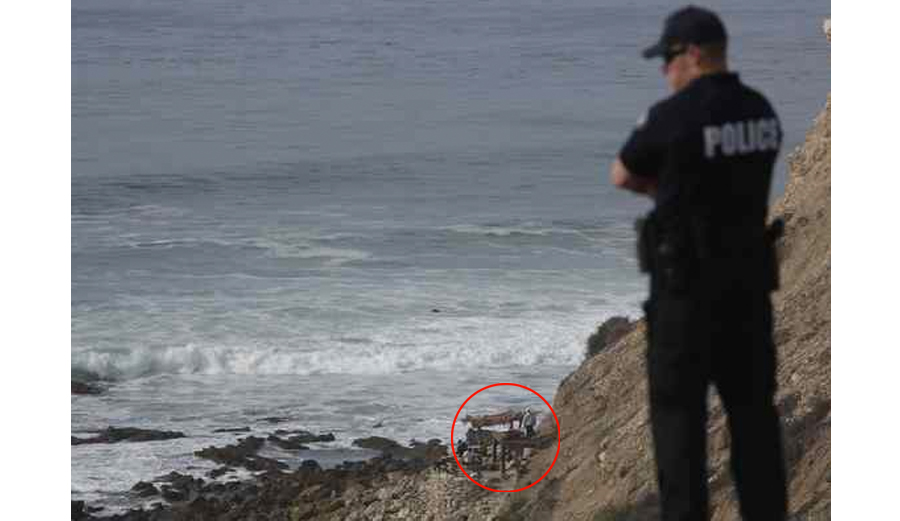 Things are starting to change in Palos Verdes. The picturesque Lunada Bay, which for years was heavily guarded from outsiders by a group of middle-aged local surfers, is undergoing a drastic makeover. New-to-the-job Palos Verdes Police Chief Jeff Kepley made a vow to crack down on the hardcore locals, assuring an end to the rock-tossing, punch-throwing, and car-egging.

And it appears Kepley is making good on that promise.

Last week the New Sheriff in Town made his way down the steep hiking trail to Lunada Bay to investigate a stone structure, used by the Bay Boys as a psuedo club house/secret hideout. Kepley believes the stone structure has been there for around 30 years and the overprotective group of gang-like locals use it to “barbecue and chill.”

“It’s kind of like a break room for that surfing area,” he told the Daily Breeze.

The investigation of the stone fort came in response to an anonymous letter sent in to the city. It read that the structure was a place for the Bay Boys to congregate, but it also is a symbolic representation of the “Bay Boys’ claim to control the point and the surf beyond.”

Kepley also made contact with about 15 surfers who were there at the time of his surprise visit. He wanted to assert his move to clean up the violence and altercations at the Bay.

“They explained it’s part of surfing culture,” Kepley said. “They try to let others know it’s a difficult area to surf. They tried to play it off as if they’re trying to do a good thing. My response was: ‘It’s how you say it. Don’t cross the line when you deliver that message.'”

But Kepley’s initial intervention with the Bay Boys’ surf spot dominance is just baby steps. After generations of localism, it’s clear that nothing will change overnight. And one thing that will remain is the stone hideout.

“The unique thing about that structure — and why it may cause a public safety risk — is we can’t police it,” Kepley said. “These guys are doing whatever it is they are doing and it’ll take me 20 to 30 minutes walking all around the bay to get to them and they can see me coming the whole time.”