James Ferrell Is Putting in Work at the Wedge; It Won Him The Film and Photo Challenge’s ‘Emerge’ Category 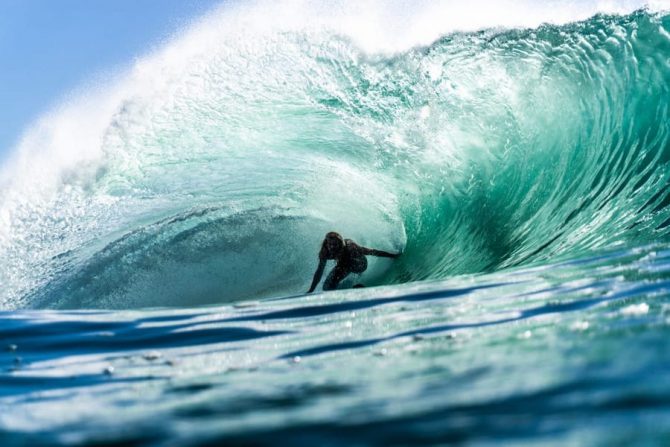 Blair Conklin, deep in the belly of the beast, as seen through the lens of James Ferrell.

The Emerge Category (presented by Miir), part of The Inertia’s Film and Photo Challenge, is all about recognizing the work of up-and-coming talent (25 and under) in the realm of surf photography. James Ferrell just won that category with the above photo of Blair Conklin at The Wedge, captured in 2019 when James was just 18 years old. The now 21-year-old student/photographer described that day, October 22 of 2019, as “one of the most picturesque days I’ve shot at the Wedge because the water was so clear and blue – it’s usually sort of green and gloomy, and that super-blue color is pretty rare.”

And you can take his word for it, too. James lives and grew up in Costa Mesa, Calif. so the Wedge has always been just a 10-15 minute drive away. He got his first GoPro in middle school, a Christmas gift from his grandmother, and his first real camera and water housing in 2016. He’s been shooting the Wedge since 2017. “I’ve just been getting out there consistently since then, and that led me to today!” James says. He currently studies advertising and communications while doing photography and video work on the side, both for brands as well as his passion – which of course is surf photography. James’ website shows a wide variety of stunning imagery, with a focus on the ocean, and that famous mutant wave in particular. 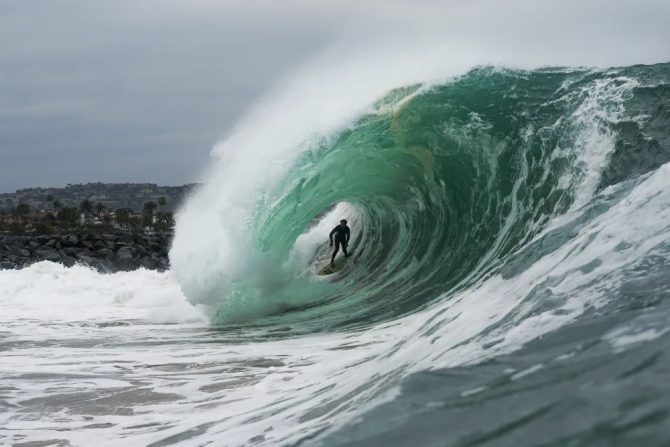 He’s shot with Mason Ho at the Wedge, as well as a plethora of the usual suspects like Conklin who is featured – surfing not skimboarding – in the winning photo. “I was shooting with a 50mm in the water so I had to sit a bit further back,” said James, “but I think it really shows the depth of the flair on the lip and the size of the wave, so it was a really special shot for me.”

A big congrats to James on the win. We look forward to seeing where he takes all this talent in the future.