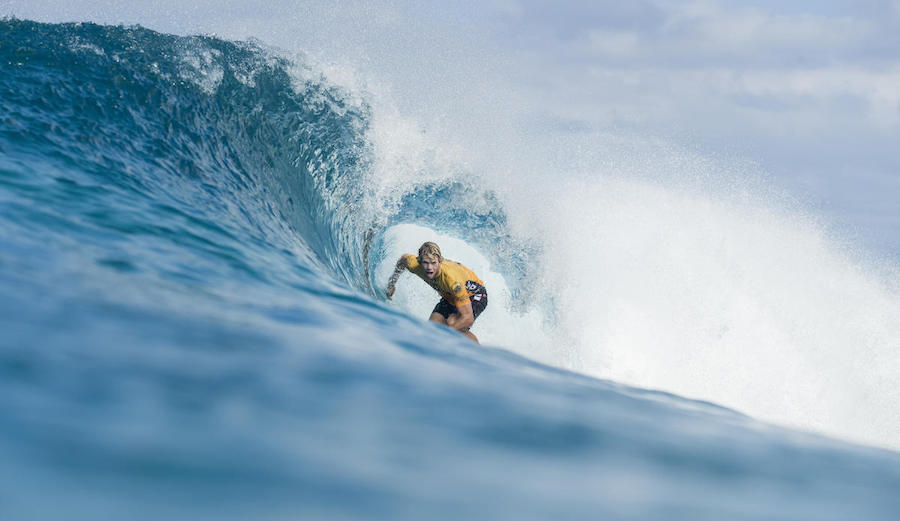 John John Florence, back from knee injury, is keen to mix things up. Photo: Kelly Cestari/WSL

We’ve said it before. At this point, it’s Gabriel Medina’s world title to lose. And what’s the only thing the 24-year-old world champion fears going into the Billabong Pipe Masters (an event in which he has to make the final to clinch the world title without relying on Julian Wilson and Filipe Toledo getting a lackluster result)? How about surfing’s bonafide wünderkind coming back after injury to his home break with nothing to lose? Or, one Robert Kelly Slater also mixing into the heat draw with a penchant for shaking things up? Or, both. Yeah, the 2018 world title race just got even more interesting.

According to the World Surf League, John John Florence, Kelly Slater, and Caio Ibelli have all confirmed they’ll compete in the 2018 Billabong Pipe Masters after each battled injuries during the course of the year.

Slater, as you may recall, has been up against a pesky bone issue in his right hoof since the 2017 J-Bay event. He surfed at the Surf Ranch Pro, but has said that even though he surfed macking Cloudbreak earlier in 2018 he wasn’t where he wanted to be competitively. Now, it would seem, the GOAT is back.

Florence suffered a bum knee during a freesurf in Bali, and Caio Ibelli broke his foot at Margaret River.

Going into Pipe, shakeups, it would seem, are imminent.

Quick reminder, here are the existing world title scenarios courtesy of the WSL:

And here are the heat draws: