Juliette Paskowitz Passes Away at 89

Juliette Paskowitz passed away surrounded by her family on May 3, 2021. Photo courtesy of the Paskowitz Family

Juliette Paskowitz passed away at 7 a.m. on May 3, 2021. She was 89 years old. Juliette was married to the late Dr. Dorian Paskowitz, who was lovingly known as “Doc.” She died surrounded by her nine children, and is survived by 27 grandchildren and six great grandchildren. She lived an extraordinary life. Juliette will be laid to rest alongside her mother and father in Long Beach, California.

I met her a few years ago, back in in July 2014, on a sunny little patio in Dana Point. I was there to interview Doc, who was 92 at the time. Juliette was 82, but she seemed much younger. I knocked on the door at just before 5 p.m. and she answered wearing a canary yellow shirt and an enormous smile. Her whole face was alight with that smile. She opened her arms, tilted her head, and welcomed me into her home.

Doc was behind her on a chair, asleep. She laughed and offered us a drink. Their youngest son, Joshua, was there too, and in the years since, we’ve become friends. The interview was about Doc, who died a few short months later, but Juliette and Joshua were part of it. They laughed in the background, making Doc laugh along with their laughter. It was so apparent that they all loved each other boundlessly. A kind of love that comes from a lifetime of fun and enduring struggles together. It wasn’t so much an interview as a pleasant evening getting to know a wonderful family. Although I didn’t know Juliette all that well, I will certainly miss her. She was the kind of person who, no matter how brief the interaction, left an indelible mark. 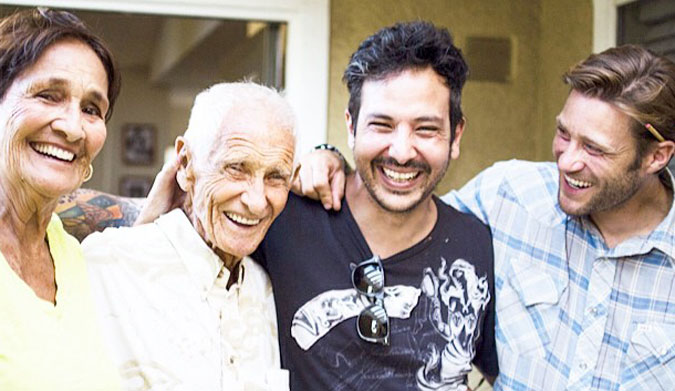 Juliette, Doc, Joshua, and the author. They smiled as only a family could smile together. Photo: Dan LeMaitre

She was born in Long Beach, California, on January 12, 1932. When she was in her mid-20s, she met Doc on Catalina Island. She was an accomplished opera singer at the time, but that meeting changed the course of her life. She set out on a grand adventure that would be told in stories around the world. It was a road trip that lasted a quarter century. She and her family were the forbearers of the nomadic surfing lifestyle that’s grown so popular – the one where you live in a vehicle, following neither the road nor society’s definition of success, chasing nothing but waves, happiness, and a simpler life.

Juliette and Doc raised nine children in a succession of campers. They explored the world — all the nooks and crannies they could get their hands into — and it was an exploration so deep it would only be possible by throwing yourself fully into the experience. She lived her life to the absolute fullest, raising her children alongside Doc and managing all the hardships that came with the lifestyle she’d chosen. She didn’t lead a “normal” life by any stretch of the imagination, but she’s a reminder that maybe “normal” isn’t always the best way forward. And if that smile she greeted me with on that evening in Dana Point was any measure, she knew she’d chosen wisely. 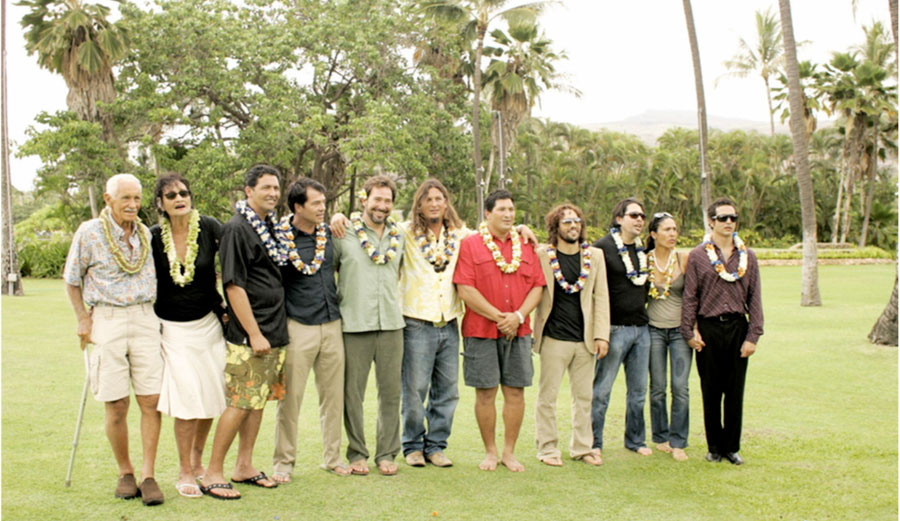 In lieu of flowers the family asks for donations to Juliette’s charities of choice: The Ed Asner Family Center or Surfers Healing at Surfershealing.org.