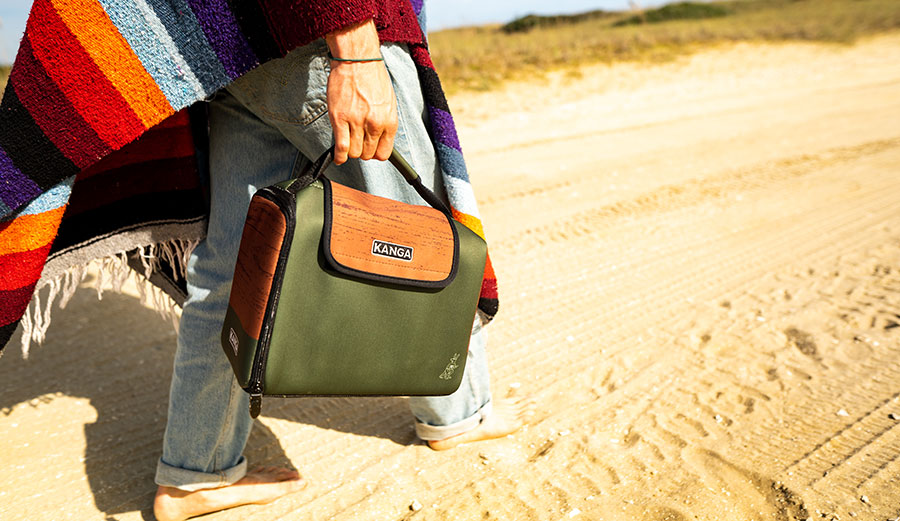 Editor’s Note: This feature was made possible by our friends at Kanga Coolers.

As you likely know, the sun has a tendency to make cold things warm rather quickly, and although that’s usually pretty great, it’s certainly not great for drinks. Which is why I’m always on the lookout for a cooler that will offer me a cold, celebratory drink on the green of the 18th hole or a cold, celebratory drink as the sun goes down and the sand is cooling between my toes. And if I can have that without carting around a clumsy cooler filled with melting ice, I’ll take it.

The design of the Kanga Cooler is a relatively simple one. It’s basically a sleeve that fits around a case of beer and keeps canned drinks cold for up to seven hours. Just enough for a day on the lake, the course, the beach, or anywhere else you’d like an ice-cold drink without the pain of carrying a bulky traditional cooler around.

Now, most coolers, if not all, require ice. And ice, as you know, melts. Unless you’re dropping a wallet load of cash on a cooler, there’s a good chance that discount cooler you got will hold ice for a few hours, at best — and that’s assuming you leave the lid closed. Which you will not, because you have cold drinks in there. Those ice chests can be tough to lug around, as well. Some of them have wheels and some have shoulder straps, but carrying a cooler from one place to another is always a bit of a hassle. Ice sloshing around, melting as you speak, the weight of it digging into your shoulder… it’s not fun. 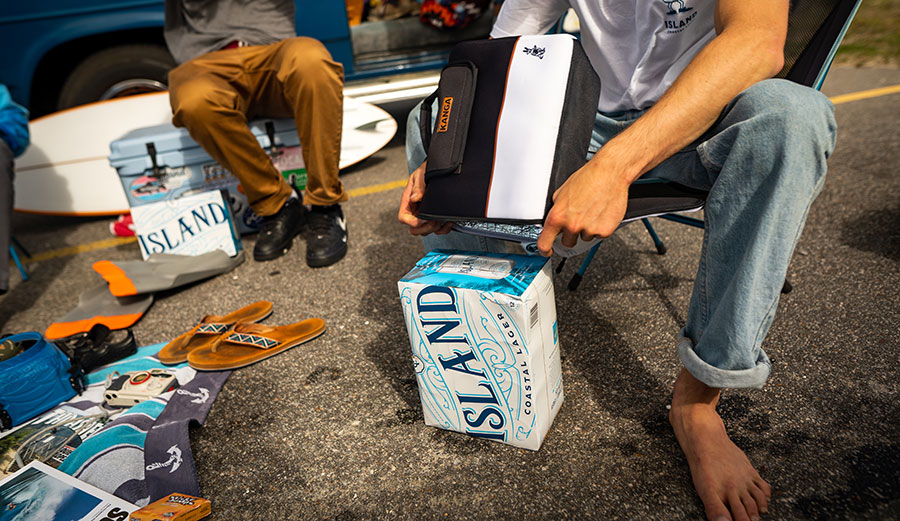 Simply slip the Kanga over a case of cans, zip it up, and commence keeping your cans cold all day. Photo: Kanga Coolers

Sure, if you’re going on a camping trip for a few days, it’s worth it, but what if you just want a few cold drinks for a few hours? That’s exactly what the friends who founded Kanga Coolers had in mind: a cooler that didn’t need ice and wasn’t too bulky. Something easy to carry that kept your drinks cold for the day. And I’ll be darned if they didn’t do it.

The whole thing started as a class project. The idea struck when four friends, Teddy Giard, Logan LaMance, Ryan Frazier, and Austin Maxwell were tailgating on game day in Clemson, South Carolina. As their beers slowly warmed, they wondered to themselves, “there are already can insulators for a single can, but why weren’t there any for a whole case of beer?”

So they made one.

After they designed the box-sized beer-koozie, they started a Kickstarter campaign that proved they had found a need that needed to be filled. The campaign raised $35,000, then Mark Cuban on Shark Tank threw in another $100,000. Since then, Kanga Coolers has been turning the cooler industry on its head.

It’s one of those ideas that is so simple and so convenient it’s hard to believe it wasn’t already a thing. Everyone buys a case of beer, a case of soda, or, more recently, a case of hard seltzers. The Kanga Cooler makes taking them with you and keeping them cold way easier. From the Pouch to the Kase Mate to their beer koozie with a finger loop (the “Roozie“), Kanga’s products put cold drinks at your fingertips all day long — without the hassle of a traditional cooler. Simply slide your case of chosen drinks in, zip it up, then pull said drinks out of the magnetized flap at the top.

Kanga Coolers has a few options: The Pouch, which is designed to fit a six-pack of bottles or a 12-pack of standard cans, or the Kase Mate, which holds 12, 24, or 30 packs — which is good if you want to be the popular person at the party. They also look good, with a whole wack of designs. And, if you’ve got a brand and want to carry the product yourself, Kanga offers full customization. Oh, and just to put another cherry on an already delicious sundae, Kanga Coolers plants a tree for every purchase to offset carbon emissions.

Head over to Kanga Coolers and use The Code “INERTIA” to receive a free Roozie with the purchase of any cooler! Add all products to your cart before applying the offer!
View Comments