Kanoa Igarashi Will Officially Represent Japan on the 2018 CT 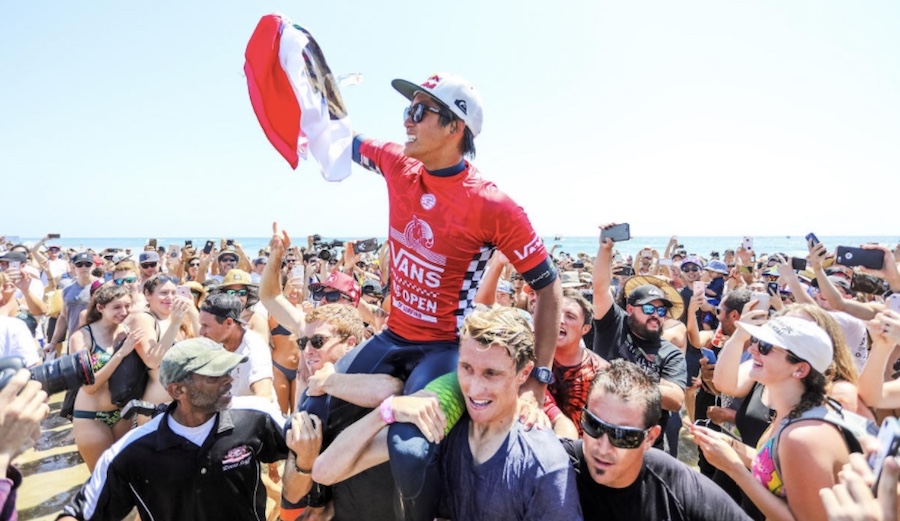 It’s official. In a formal press release, the World Surf League announced that Huntington Beach, California native Kanoa Igarashi will officially swap the Stars and Bars in order to represent the Land of the Rising Sun on the 2018 Championship Tour.

Recall that early last week we reported by way of the Japan Times that Japan’s national surfing federation announced Igarashi was added to the roster of surfers that would compete to qualify for the national team in the run-up to the 2020 Tokyo Olympics. In that piece, I wondered if Kanoa’s country affiliation would need to change for WSL contests as well. Dual citizenship questions, as you know, are tricky.

Turns out that yes he does.

The swap means that Igarashi is the first surfer to represent Japan on the CT – which is somewhat anti-climactic given he’s been competing on the CT since 2016.

Anyway, here’s what Kanoa had to say about the switcheroo:

“I am going to be representing Japan this year on the Championship Tour. I am proud to surf for Japan. My parents are Japanese, my whole family is Japanese. I have a lot of support and fans over there. We do not have any Japanese surfers on the CT, so it is something for them to cheer for and have that part in the WSL. I am sure they are really excited, and I am looking forward to it. My family is stoked.”

He added:
“I want to be able to compete in the Olympics and represent Japan. I grew up competing for USA and have a lot of support over here, but this is a different part of my career now. The Olympics is the greatest competition in all of sports and it is something that you dream of doing as a kid. I never thought it would be possible as a surfer. It is a really exciting time for surfing. I am going to do my best to represent surfing in the best way possible.”