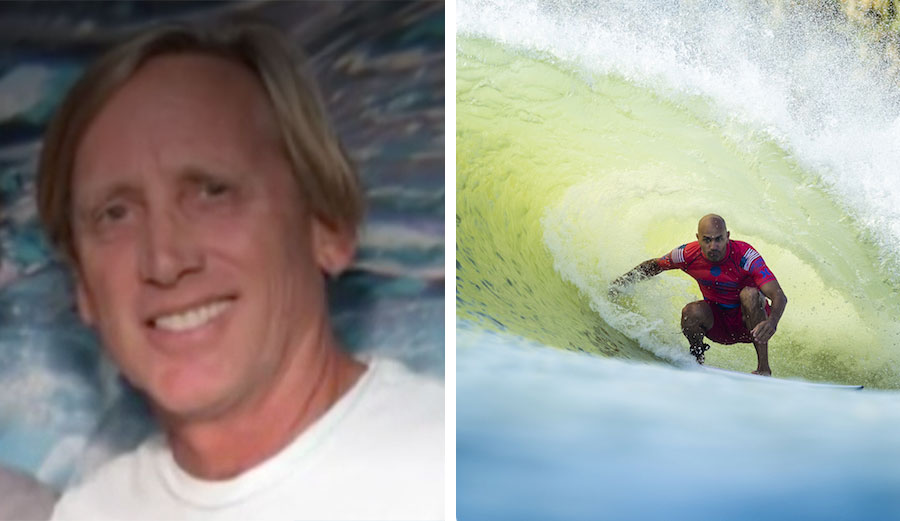 Jeff Bizzack has agreed to plead guilty in the latest bust in the college admissions scandal. Photos: Screenshot/WSL

According to reports, Bizzack paid $250,000 to get his son into the University of Southern California. He has agreed to plead guilty to one count of fraud conspiracy. Prosecutors in the case will recommend a nine-month stint in prison, a fine of $75,000, and one year on parole.

Bizzack, a 59-year-old from Solona Beach, paid Rick Singer, the man behind the admissions scandal, the money in the summer of 2017 to create a false academic transcript that looked like Bizzack’s son was a volleyball player.

Bizzack has a long history of successful business pursuits, which reportedly includes the Kelly Slater Wave Company and Outerknown. Back in 2017, Kelly Slater told Tracks Magazine that Bizzack “has been my partner in everything I’ve done in the past few years.” The previous year, he told Viva Magazine that Bizzack “has worked with me on a number of different businesses, and he is a great influence, personally and professionally.”

Bizzack is the 51st person to be caught up in the college admissions case, where wealthy people paid bribes to Singer to boost their children’s athletic or academic aptitude. “[Bizzack] deeply regrets what he did and especially the effect it will have on his son,” said attorney Seth Berman. “His son knew nothing of Mr. Bizzack’s actions. Mr. Bizzack will do his best to make up for this mistake and apologizes to USC and its hard-working students.”

As of this reporting, Kelly Slater hasn’t responded to requests for comment.