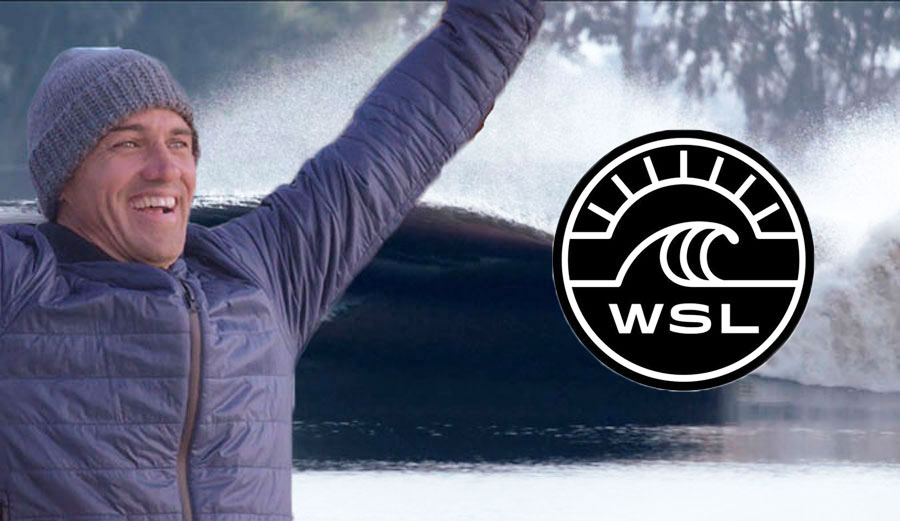 Kelly’s April 1st announcement is cause for celebration.

In the last couple of years, Kelly Slater has been on a business buying/building spree. He entered the beverage market with Purps. He stuck his fingers deeper into the surfboard manufacturing world with Slater Designs and a majority sharehold of Firewire. He delved into apparel with Outerknown, and he blew the doors off of artificial waves with his wave pool. Now, in the 11 time world champion’s latest move to cement his status as king of the surfing world, he just bought out Dirk Ziff, Paul Speaker, and Terry Hardy, who, back in 2013, acquired the ASP and gave it a facelift and a new name. Slater, of course, added his wave pool as a tour stop.

“I just felt it was time,” Slater never said to anyone. “For too long, the world has been stuck watching real waves on tour–competitors struggling to understand what the judges want, unfair heat scores, and global audiences bored to tears when Mother Nature decides not to play the WSL’s game. Plus, I am literally a God at my wave pool, because I created it. Gods don’t lose.”

Rumor has it the purchase was a spur-of-the-moment deal that occurred after Ziff ended up owing Slater just over $20 million dollars after a series of drunken poker nights. Slater, not a drinker and ever an opportunist, told Ziff they could play one hand of high card. If Ziff won, the debt would be absolved. If Slater won, Ziff would have to hand over the keys to the empire. Slater drew a queen of spades, and Ziff drew a three of clubs.

“Fuck, man, I don’t know what I was thinking,” Ziff didn’t say while nursing his hangover with a bloody Mary. “I just… I don’t know. I really wanted to beat that bastard. He got Pamela Anderson, he has those piercing eyes, he’s got the adoration of surfers around the world. He’s got everything. What have I got? Almost 5 billion dollars and a full head of hair, that’s all. I got nuthin.” Ziff then stood up and threw his chair through a window.

According to non-existent reports, the Bells event will be replaced next year with his California wave pool.

“Let’s be honest,” Slater would probably have said, “the wave at Bells is pretty bad. Sure, back in the ’70s and ’80s it was good, but now that everyone has stepped it up a notch, performance-wise, it’ s just getting lost in the dust.” Slater plans on spending much of the upcoming year building a stadium around his pool, rumored to hold up to 400,000 people. “I’ve been in talks with Donald Trump about construction,” Slater would absolutely never say. “He said that he’s pretty swamped right now, what with trying to destroy the United States and the earth, but he’d try and get a few of his guys over to the site to have a look soon.”

Trump, though, wants to add his own flavor to the stadium.

“Look,” Trump didn’t say. “A lot of people have been asking me this. Seriously, a lot. You know what I say? They say, ‘Donald, are you going to build?’ And I say, you know what I say; I’m a nice guy, so I answer their questions, of course I do. I say I’ve been building for years, I make good stuff. I’m going to build a wall. But Donald Trump is a good person, everyone knows it. It’s like 1+1=2, you know? It doesn’t equal Mexico. 1+1 is addition, and Mexico is a country. But they’ll pay more than $2 for a wall. But I’m a good person. Kelly Slater knows it, that’s why he came to me. I can build a stadium, it’s just a big circular wall, and I like walls, especially WalMart. I just like the letter W, and it likes me: walls, World Surf League, winning, waves, war. W is a good letter.”

The series of transformative announcements took place in a flurry of activity on April 1, 2016.