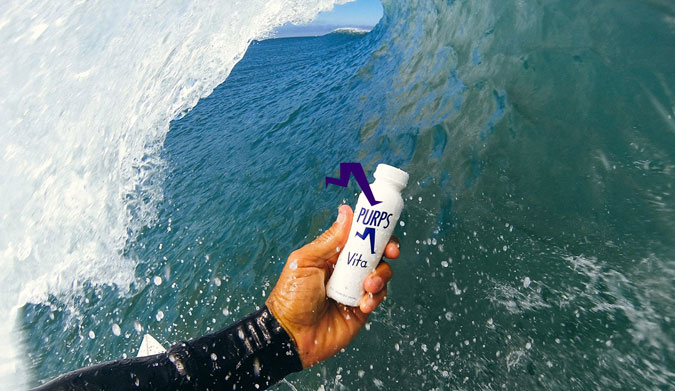 Gotta get that Purps.

Kelly Slater, chia king, GMO basher, all around health nut, and best surfer ever, has launched a new drink. It’s called Purps, and it’s not some sugar-filled ADHD inducer – it’s full of things that’ll make you a better person. Mangosteen, maqui berry, blackberry, grape, blueberry, and of course, acai berry are all in the mix. And yes, they’re all organic. And no, there aren’t any GMOs involved.

Kelly’s one of three guys that decided to put something healthy in a can. Along with RVCA founder PM Tenore and Dr. Chris Schaumburg (they have a doctor!), the 11-time world champion began brainstorming a few years ago. “The mainstream drink market is flooded with high sugar, low nutrient drink options,” he said on Instagram. “We wanted to offer better and healthier choices for people to grab on the go.”

The new brand is rumored to be under the Kering umbrella, which also includes Gucci, Balenciaga, Alexander McQueen and Saint Laurent, as well as sports brands Puma and Volcom. After Slater dropped Quiksilver, he assumed the role of a Kering brand ambassador.