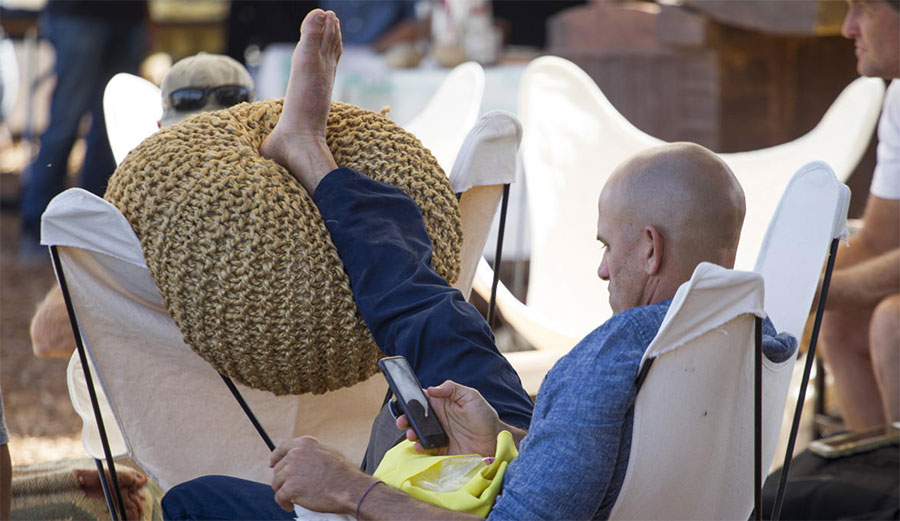 Well, it’s officially official. Kelly Slater just pulled out of the Quiksilver Pro Gold Coast event at Snapper Rocks. You may have suspected as much if you watched the first round, as he was conspicuously absent from his heat against Mick Fanning and Jesse Mendes. No one seemed to know for sure up until the very last moment whether he’d show or not—the announcers announced him, the fans fanned him, and his name was on the corner graphic. Then the heat went on without him and the beach sagged like a wet pork chop. Still, though, there was hope that he’d make it for the second round. Even Slater himself thought he might be able to.

“Thank you to everyone supporting me on the Gold Coast all these years and wondering where I am right now as my heat begins at the #quikprogoldcoast2018,” he wrote. “If round 2 men’s does not run tomorrow, I will most likely make it to surf my heat. If it runs tomorrow, @mikeyfebruary will take my spot and best of luck to him.”

Now, though, he’s made up his mind. “I think the best thing for me to do is withdraw from the event,” Slater said in a press release from the WSL. “My gut feeling has been to use this injury as a platform to overhaul and reset my mind and body. The looming excitement about a new year starting, my foot sort of magically allowing me to surf the past couple of days and a number of other factors had me talking myself back into jumping in as soon as possible against my better judgment. I feel I’ve had a couple of half-hearted attempts these past couple of years fighting injury and desire. The foot injury symbolizes a lot at this point in my career both as an ending and as a beginning.”

Slater is always a threat at any stop, even in these waning days of his career. He’s won the Quiksilver Pro Gold Coast an astounding six times over the course of his career. That foot injury, though, is taking its toll and Slater, as one would expect from a man as competitive as he, doesn’t want to half-ass it.

“Hearing Mick talk about his choice yesterday rang true for me also around doing things that make you uncomfortable,” Slater continued. “Competing is a natural environment for us both and it’s the easy route for me. I think it’s best that I properly rehabilitate the injury and choose to surf wholeheartedly, not from the excitement or stress of a last minute arrival. It’s not super professional or responsible and it won’t allow me to be at my best potential.”

Mikey February will surf in Slater’s absence. He’ll compete against Keanu Asing in round two. Slater had one joking demand from February: “I wish the best for everyone this event,” he said, “and a special good luck to Mikey February who will surf in my absence. Let him know if he wins I’m requesting a 10% caddy fee!”