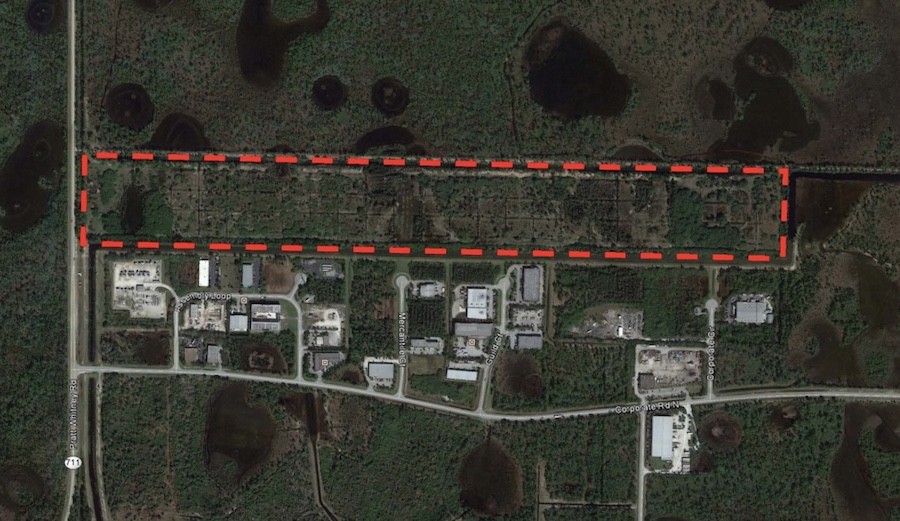 Developers of Surf Ranch Florida have yet to break ground on the project, despite receiving initial approval last October. Photo: pbc.gov

It goes without saying that Kelly Slater Wave Company revolutionized surfing with the introduction of its proprietary technology, firing off the perfect man-made wave nearly 100 miles from the coast in Lemoore, California. After its acquisition by the WSL, the company announced its intention to head to Palm Beach, Florida to develop its next facility – this one presumably set to open to the public. Immediately, every surfer in Florida opened a second savings account to set aside the cash needed for whatever outrageous hourly rate KSWC would demand for a shred-fest.

All last year, the project appeared to be progressing, albeit with a few bumps along the way: from the initial proposal to the real estate battle with Jupiter Farms, to the initial approval of a building permit, to the site-purchase of the Palm Beach Park of Commerce. According to reports, construction was set to begin in 2018 with a projected opening date of some time in 2019.

After early May, though, news from KSWC’s Florida operation virtually dropped off. And as of yet, developers have not broken ground on the parcel, even though the company already paid the $6.5 million for 80 acres of pool space and announced that they had acquired a permit from the second district of Palm Beach County to build on the site.

I reached out to the office of Commissioner Hal Valeche, who represents District 1 of Palm Beach County, to ask about the construction delay. “The permit is through preliminary approval, and it has not yet been through a final approval,” said Commissioner Valeche. “But it’s really the developers who are holding the reigns here. In general, the public is very welcoming to the development of this new project.”

In other words, the bureaucracy is not to blame for the delayed start on the KSWC development in Palm Beach County. The Commissioner went so far as to explain he fully supports the project.

“This will be a tremendous addition to our tourist attractions to bring more people into the area,” he said. “And I’m always in favor of that…..I think it is a very unique project and it will have tremendous implications in terms of Palm Beach County’s reputation. It would be hard to find something as special and unique as this is.”

Thank you, Commissioner. I agree.

Commissioner Valeche did reveal, however, that the delay in construction is likely the result of an update to the original site plan by KSWC. After a few big events hit the California facility, the developers at KSWC soon wondered if they should modify the site plan for the Florida location. The 2019 projected opening date was the estimate for the original proposal nearly 6 months ago. With a reconstructed design of the site, there’s no telling when construction may actually begin.

According to reports, the Surf Ranch in Lemoore rounded out at about $30 million to design, develop, and build. And there are major expansion plans in the works set to be completed in 2026. The bottom line? It may be a while before Florida gets its Surf Ranch.

Editor’s Note: The World Surf League did not respond to request for comment for this story.