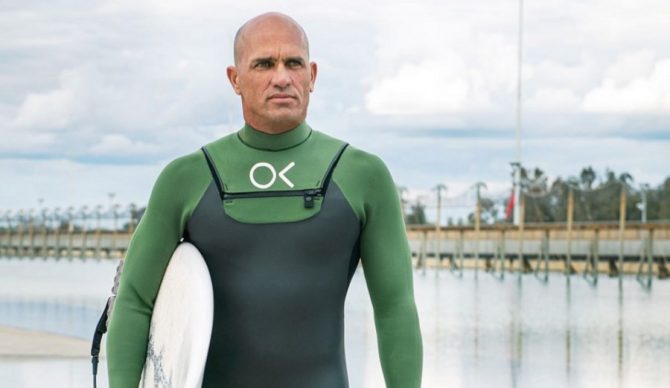 Kelly Slater’s chances of entering Australia for the upcoming World Surf League events are, according to the Federal Sports Minister, slim to none — unless he’s vaccinated.

“I reckon he knows the rules,” Richard Colbeck told The Sydney Morning Herald. “It doesn’t matter whether you’re a surfer, or a tennis player, a tourist, or anyone else. Those are the rules. They apply to everyone. I don’t like the chances of him competing in Victoria, and I’d hate to think of what the chances were of him competing in Western Australia.”

The events in question are the Rip Curl Pro Bells Beach in Victoria and the Margaret River Pro in Western Australia. The WSL warned unvaccinated competitors that global travel will likely be difficult, if not impossible, unless they get the jab.

The Sports Minister’s comments come after Novak Djokovic’s highly publicized expulsion from Australia. Djokovic traveled to the country recently for the Australian Open. Slater defended Djokovic on social media after the debacle. “Maybe Stockholm Syndrome can now change its name to Melbourne/Australia syndrome,” he wrote. “It’s sad to see the celebrated division by the ‘virtuous’ vaccinated. If you’re vaccinated why are you concerned/worried about anyone else’s status… unless, of course, it doesn’t protect you? Or you’re scared you’ll catch it or upset you had to take the risk of vaccination yourself? So much brainwashed hatred in people’s hearts regardless of vax status.”

Kelly Slater has said that he’s not exactly anti-vaccine; he’s simply against making vaccines mandatory. He will be able to apply for a medical exemption to enter Australia. Djokovic’s experience with that route, however, ended with the tennis star being banned from entering the country for up to three years.

The World Surf League hasn’t made vaccines for surfers mandatory, but they have made it crystal clear that unvaccinated surfers will face very large speed bumps without them.

“We encourage everyone who is able to get vaccinated and have advised everyone associated with the WSL that unvaccinated individuals may face significant challenges as they travel around the world and may be prohibited from entering certain countries,” Asia-Pacific general manager Andrew Stark told The Age. He went on to say that the league would “stringently follow the set government entry guidelines of each country we visit for our events.”

For the record, Kelly Slater hasn’t publicly shared his vaccination status. The Minister has made clear, however, that he won’t allow unvaccinated athletes to participate. We reached out to Slater, but he declined to comment for this story.