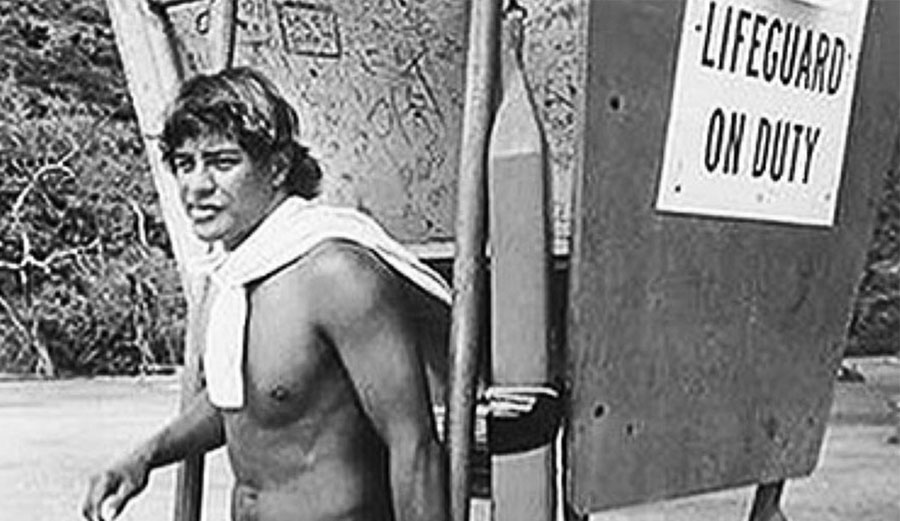 On March 16th, 1978, a 31-year-old Edward Ryon Makuahanai Aikau boarded the Hokule’a for the Polynesian Voyaging Society’s month-long, 2,500-mile journey from Hawaii through Tahitian island chains. It was the route once taken by then-Polynesian migrants. Eddie Aikau would not return.

Twelve miles off the coast of Molokai, the vessel developed a leak and eventually capsized. Aikau then did something heroic: in an attempt to get help, he began paddling towards Lanai on a surfboard. Hours later, the U.S. Coast Guard Cutter Cape Corwin rescued the rest of the crew, but Eddie was never seen again. March 17th marked the date of his passing, and Kelly Slater took to Instagram to pay his respects.

“Eddie Aikau passed away 40 years ago today,” he wrote on Instagram. “The Hokuleia was at Waimea today to mark the occasion. I think the proudest moment of my life was winning the event which carries Eddie’s namesake in 2002. He saved countless lives and inspired infinitely more. Few people have made such profound effects on others in their lifetimes and Eddie Would Go will always be the big wave surfers’ mantra. If you haven’t seen Hawaiian: The Legend of Eddie Aikau, go watch it. Thank you for your contributions to all of us who came after you, Eddie.”

Let’s have a look back at a few excerpts from an older piece by Michael Woodsmall that tells the story of Eddie’s life and tragic passing:

“Before he went on the courageous rescue mission, his legend was already growing on the islands. Born in Maui, his family moved to Oahu when he was 16, and shortly thereafter he was a North Shore local surfing the gnarliest breaks, his favorite being Waimea Bay. With a recognized prowess as a waterman, he was appointed lifeguard of the beaches between Sunset and Haleiwa, an appropriate role for the big wave surfer as he often swam into 30-foot swells. During a nine-year tenure as protector of the hallowed coastline, he attempted over 500 rescues. Not one attempt failed.

What made Eddie different was, without a doubt, his selflessness. Surfing is a very individualized sport: it’s an exploration of one’s own limits — physical, mental, and spiritual. And while he himself embodied all the values needed to be among the North Shore’s best, riding the biggest and heaviest waves around with an intense passion for the pursuit, he wanted to help others do the same. Rather than hide Hawaiʻi from the rest of the world, he wanted to share its natural beauty, and teach everyone why it was so necessary to appreciate the native roots that were often ignored and cast aside by non-natives, namely developers in Waikiki. And as a lifeguard and cultural ambassador, he was able to do that.

It was a tremendous loss for the surf community, but it was an even bigger loss for Hawaiʻi, and, tangentially, the United States. The foremost champion of the newest state was taken from the community he loved much too early. The North Shore was devastated. However, from the devastation arose the community Eddie held so close, strengthened by its resolve to not only remember their hero, but to celebrate him.”

So, Eddie, like Kelly said. Thank you for all you did for us. You will never be forgotten.