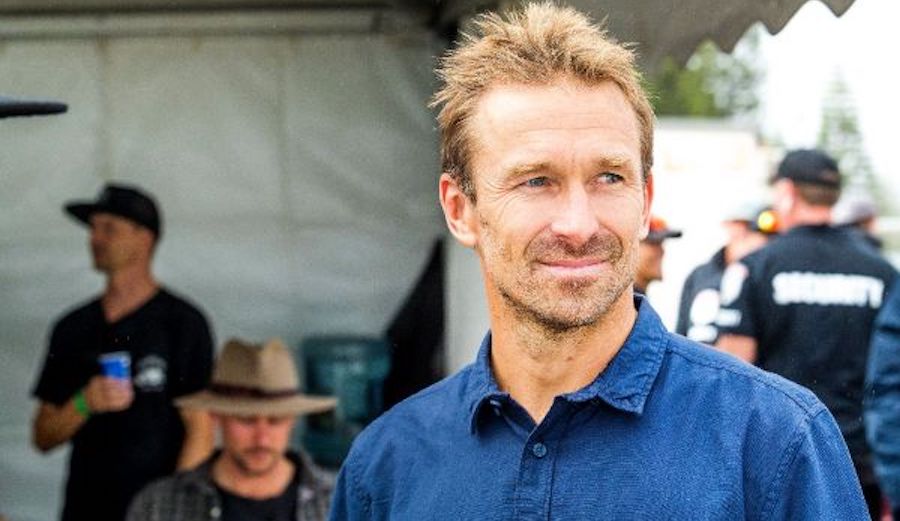 With the 2019 season of the World Surf League Championship Tour just seven weeks away, Commissioner Kieren Perrow has officially stepped down from his post as commissioner. He’ll be succeeded by Hurley team manager (formally VP of Sports Marketing), Pat O’Connell.

During his six-year tenure, Perrow presided over a Championship Tour anxious to professionalize, standardize, and grow its reach, for better or worse. That included a few monumental shifts including the first event and later tour stop at an artificial wave, for example. And managing some serious lows like Mick Fanning’s shark encounter (which, according to KP, was the first time a surfer was attacked in a contest).

Even during his time as a CT competitor, KP was notably straight-laced and cool under pressure, a trait he embodied as commissioner. In a release, Perrow explained that the reason he was stepping down was that “the role now [needs] to be based in Los Angeles,” and the Australian isn’t keen to relocate.

“I’ve been a part of professional surfing my entire life, and I never imagined it would get to the level it’s at today,” Perrow said. “To be able to live out my dream on tour as a competitor, while also being a surfer rep and board member, was a massive high point in my career. However, getting to transition into my role as Commissioner and foster new talent and development pathways for surfers, has been even more rewarding. I’m really proud of my team and the WSL for all we have achieved together. With the role now needing to be based in Los Angeles, I’m taking this opportunity to step down and spend more time in Australia with my family, while continuing to be a part of professional surfing in a more focused capacity.”

According to the release, Perrow will stay involved with the WSL in a “supporting role.”

The WSL has found someone more amenable to Los Angeles gridlock in Pat O’Connell who will fill the role as commissioner, now called “Senior VP of Tours & Head of Competition.”

Pat O famously played coach to John John Florence before Ross Williams left the WSL commentary team to coach Florence full time back in 2017. But, it was his role in Endless Summer II back in 1994 that first made him a household name. He then gained notoriety as the funny man pranking his fellow surfers in multiple seasons of the Taylor Steele-produced show Drive Thru that aired on Fuel TV in the early 2000s.

To say that the gregarious O’Connell brings an entirely different personality to the job than Perrow goes without saying, and what impact he’ll have on all of the WSL’s tours including the CT, Qualifying Series, Pro Junior Series, Big Wave Tour, Longboard Tour, and specialty events remains to be seen when he assumes his new role on March 11.

O’Connell offered little specifics on how he’d lead but expressed gratitude to Perrow and his team for their work over the years.

“Words can’t describe the amount of respect I have for the WSL, Kieren and his team,” he said. “From competitor to surfer rep to board member to commissioner, he really has given his all for surfing to get it to where it is today and I couldn’t be more thankful. It’s super hard to leave my family at Hurley as it’s been such a huge part of my life for more than 15 years. I’ve had an incredible experience at Hurley, but I’m beyond excited for the opportunity to lead the competitive aspects of surfing and further elevate the sport. I believe in the WSL, I believe in what it can be, and I’m stoked.”