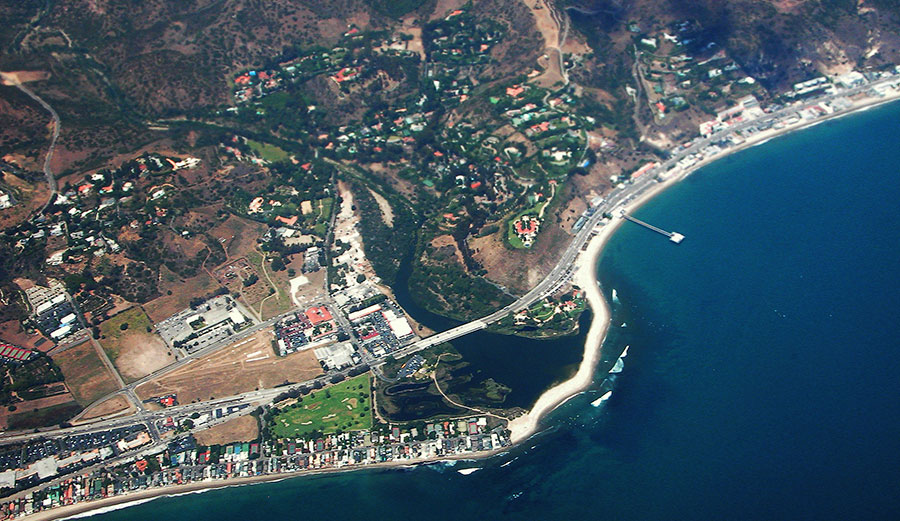 Malibu Lagoon from the air. Adamson House sits west of the Pacific Coast Highway and south from the lagoon. Photo: Wikimedia Commons/Doc Searls

If you’ve surfed Malibu for any length of time, you’ve noticed a change in the wave. Especially at Third Point, where some locals say the restoration of the Malibu Lagoon–a nine-month project where more than ten acres of wetland at the mouth of Malibu Creek were drained to reshape banks, replant vegetation, and remove invasive species–has ruined a once-pristine wave. ““For the past five-plus years, it’s really been bad,” said Dru Lewis, Malibu Surfing Association Treasurer, to The Malibu Times.  “The point’s not as makeable as it normally would be. In a great swell, you would surf at the top of that point all the way down to the pier, and that hasn’t happened in years.”

The restoration began in 2012 and cost around $7 million, and from the outset, was a subject of much debate. The state, which listed the lagoon as “impaired” as early as 1992, said the lagoon had severely depleted oxygen levels and poor water quality. “You could absolutely not call this a healthy ecosystem in any way, shape or form,” said Mark Abramson, senior watershed advisor for the Santa Monica Bay Restoration Foundation and the project manager, to The LA Times back in 2013. And it should be noted that, according to the Times article, “The California Coastal Conservancy, Sierra Club, Santa Monica Baykeeper, the Malibu Surfing Assn., Surfrider Foundation and Heal the Bay lined up in favor.”

Others, though, claimed the lagoon was getting along just fine on its own. It was, after all, still a functioning ecosystem where thousands of birds, fish, and flora thrived. Now, some five years later, it looks like they might’ve been right to be concerned.

Despite the good intentions of the California State Parks’ restoration, detractors of the project say the destruction of the wave isn’t the only issue with the revamped lagoon. The Adamson House, a National Historic Site and one of California’s historic landmarks, overlooks the beach, just north of the pier. Locals say that the lagoon’s restoration is increasing erosion around the Adamson House at an alarming rate. 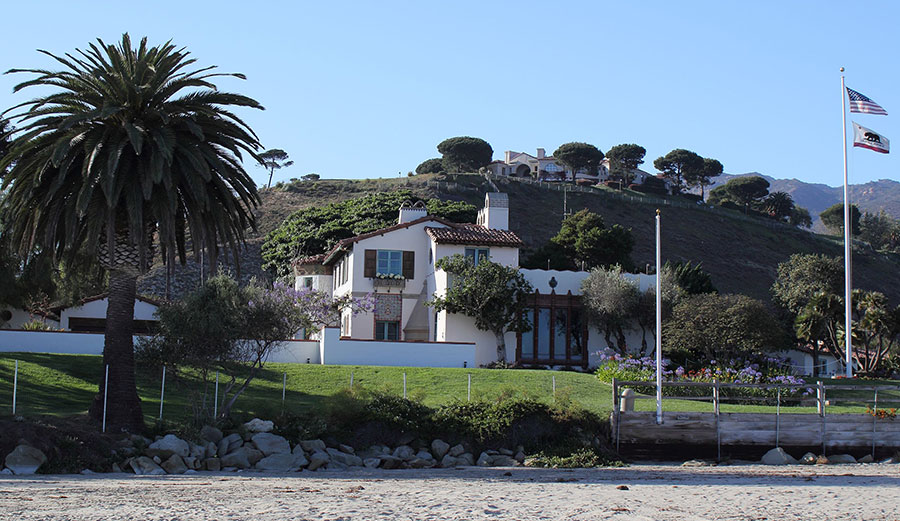 The Adamson House is one of California’s historic landmarks. Critics of the lagoon’s restoration believe the beach around it is eroding much faster than usual. Photo: Wikimedia Commons

As with many things that the government gets involved in, however, it’s become a bit of a red-tape nightmare. California State Parks–the agency that initiated the restoration–knows there’s a problem, but there’s not a whole lot they can do about it. “We all know that the tendency for Malibu Creek is to drift toward First Point and its eroding sand in front of the Adamson House,” California State Parks Angeles District Superintendent Craig Sap told The Malibu Times. “This has been an issue going on for many years. We’re looking at how this can be addressed to avoid additional erosion, but at this point, we only have discussions about what can be done. The issue is more complex than State Parks just fixing it because there are multi jurisdictions that have oversight. It’s beyond the purview of just State Parks and involves other agencies, including the Coastal Commission, the Army Corps of Engineers and U.S. Fish and Wildlife.”

The Malibu Surfing Association, one of California’s oldest surfing clubs and self-proclaimed stewards of Surfrider Beach, is more than a little miffed. “We’re one of the top locations in the world,” Dru Lewis explained to The Malibu Times. “Someone says ‘I want to go surf somewhere’ — they think about Malibu first.”

Despite California’s State Parks’ insistence that they can’t do much about it because they’re not the only ones with jurisdiction, the MSA is adamant that something needs to be done, and done right away. “The ball got dropped,” Lewis continued. “We need to move forward on a Malibu Lagoon management plan. We need to bring all the agencies to the table. The damage that’s being done to that point may be irrevocable. What we don’t understand is why the state doesn’t want to protect its number one money maker.”