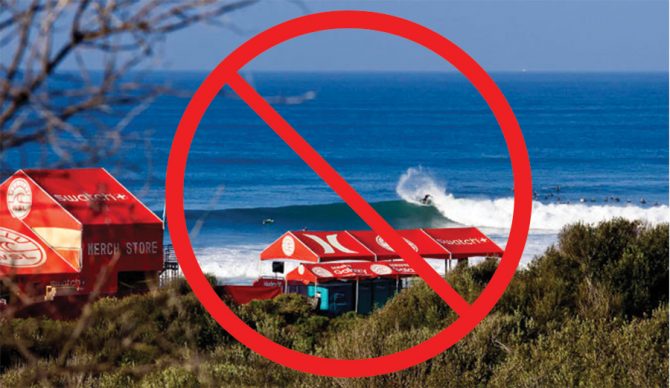 Amid rumors there would be significant changes to the 2018 World Championship Tour, the WSL officially made an official announcement about the men’s and women’s 2018 schedules on Monday, and it’s a doozy. In short, there will be no contest at Lowers next year, Tahiti’s on while Fiji’s off, the Surf Ranch (as we know) is on tour, and the Bali Pro has made it on the schedule. For the women’s tour, Bali is on the schedule, and the women will be joining the men with a concurrent event at J-Bay.

“The 2018 calendar has some of the most significant changes we have implemented in many years,” said Kieren Perrow, WSL Commissioner, in a press release. “While we sadly depart from some locations and say thank you to the communities who have supported us, we are also excited with the return to Indonesia and to hold the first ever CT event in a wave system at Surf Ranch. As the sport evolves we will continue to explore opportunities to enhance the schedule, collaborating with our stakeholders – Surfers as well as Partners.”

Athlete representative Ace Buchan expressed excitement about the changes. “As we move into a new era of professional surfing, it’s reassuring to have the support of WSL and commitment to putting the world’s best surfers in the world’s best waves,” he said in a press release. “Whilst we are disappointed at losing Fiji and Trestles for 2018, we are really excited to be returning to Keramas, Indonesia and for the inaugural Surf Ranch event. I have no doubt that the 2018 season will be injected with some fresh excitement from these new venues.”

The elimination of Lowers on tour means the one and only event in the contiguous United States – where the WSL is headquartered, mind you – will be at KS Wave Co.’s Surf Ranch. For now, no news from the WSL if the place will open its gates for spectators, but based on previous reporting, we can only assume.

The complete men’s and women’s CT schedules are as follows: