Makua Rothman Is the Latest High-Profile Surfer Running for Office; Does He Have a Shot? 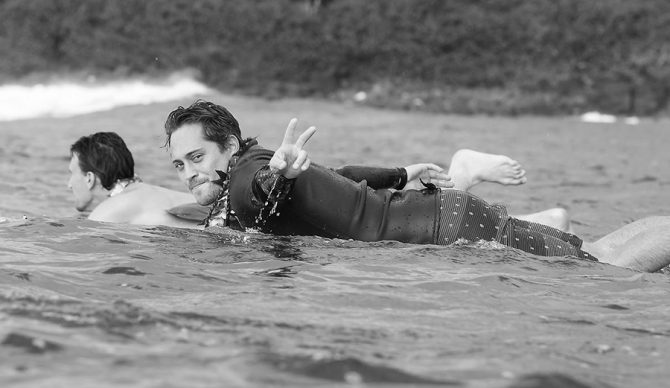 Makua certainly has an understanding for his constituents and their needs. But history is against him. Photo: Kelly Cestari//WSL

“I decided to turn down the opportunity for any awards or money, but rather use the international, world platform to speak about issues that were of concern to me and to my community in Hawaii.”

With that statement, Makua Rothman entered politics. The 37-year-old father of three and 2014 Big Wave Tour World Champion had filed papers to run for Honolulu City Council at the next election in November 2022.

The move from famous surfer to politician isn’t original, however. It’s a path trodden by many a wave rider over the last 90 years and begs the question: why do they do it, and does it ever work out?

As with most precedents in modern surfing, Duke Kahanamoku was involved. The Duke first ran for the office of Sheriff of Honolulu in 1933. Unsurprisingly, the Olympic swimming champion and Hollywood movie star won. He would go on to win 13 consecutive terms, eventually handing over the badge in 1961.

Hawaii has been a hotbed for the surfer politician ever since. That could be due to the high ratio of surfers in the population. Or the fact that surfing holds such important cultural and commercial value to the Islands.

Fred Hemmings, who won the 1968 World Championships before starting the IPS, is a classic example. In 1984 he was elected to the Hawaiian House of Representatives and kept the role until 1990. After a few failed attempts at the Governor’s office, he served as a Republican member of the Hawaii Senate from 2001 to 2011.

Mind you, Hemmings always seemed to be cut from political, rather than surfing, fiberglass matting. In his profile in the Encyclopedia of Surfing, Matt Warshaw says, “Hemmings arrived at the world championships awards ceremony dressed in a blue blazer, tie, and leather loafers, looking, he recalls, ‘like an IBM salesman at a Cheech and Chong convention.’”

Hemmings’ anti-drug stance and arch-conservative leanings often put him at odds with the surf society at large. Six years ago, in an interview with the Surfer’s Journal, he questioned whether climate change was real. Known as “Dead Ahead Fred,” he labelled himself as the real rebel for standing up against the prevailing surf media orthodoxy.

Yet therein lies the difficulty in straddling the surfer politician divide. Succeeding in both fields is very difficult. Still in Hawaii, Dustin Barca, the former CT surfer turned MMA fighter ran for Mayor of Kauai County in 2014. Despite strong grass-roots support founded on his anti-GMO campaigns, he lost to the incumbent, 14,688 votes to 8915.

More recently Wayne “Rabbit” Bartholomew ran as a Labor candidate for the seat of Burleigh Heads in the Queensland State Election in 2020. The 1978 World Champion, former ASP President, and current WSL commentator had been recognized as the unofficial Mayor of Coolangatta for decades. And while he had fronted a series of local environmental campaigns, this was his first swim in the sharky waters of establishment politics.

“It’s playing with the big boys and the big girls and it’s for keeps, but you can’t change things from the outside,” Bugs told Sean Doherty in SURFER. “You can just sit on the outside and shoot arrows at people on the inside. You know, you’ve got to look back on your life and go, did I actually make a difference?”

Sadly for Bugs, in this case, he didn’t. While he secured a 10 percent swing against the incumbent, and 53 percent of the primary vote, the vagaries of Australia’s preferential voting system meant he wasn’t elected. As penance, he was forced back in the booth with Turps and co.

It does show how hard it can be coming up against the hard machinery of politics. Rabbit was considered a “celebrity” pick by the State’s premier for one of the nation’s two big parties; Labor is equivalent to the Democratic party in Australian politics. He had a big profile and was clearly the best tube rider on the ticket. Yet despite his experience, charisma, and local popularity, he still failed to crack it. 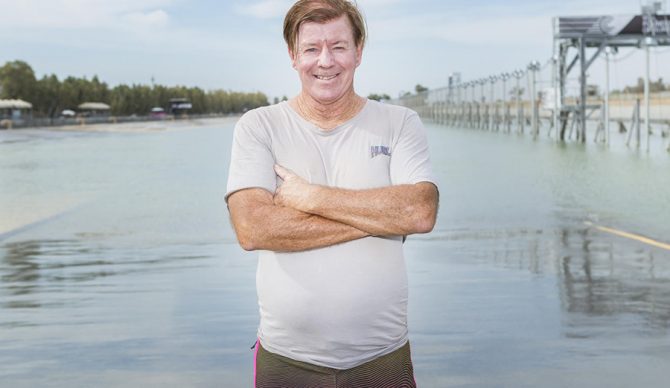 “Rabbit” has since scampered back to the booth. Photo: Cestari//WSL

Running for the right reasons ain’t always enough. In 2016, Irish pro surfer turned organic farmer Fergal Smith ran for office in the Irish General election as a Green Party candidate. “I could no longer sit and watch decisions made without due care for our children’s future,” Ferg said at the time. Unfortunately, he received just three percent of the vote and his political ambitions were nipped in the bud.

Cori Schumacher might be Rothman’s closest comp. The longboard champ served on the Carlsbad, California city council from 2016-2021 in several elected and appointed seats. She ran for mayor in 2018 (and lost). Schumacher reportedly resigned her final elected position in July of last year after receiving online harassment due to her stance on COVID regulations during lockdown and has since gone back to university. Yes, politics can be a very nasty business.

There might be a common theme throughout all these surfers who turned to politics, though: their time in the ocean fundamentally informed their views on the environment and the local community. And they want to have their hands on the government levers so that they can protect both.

“The Kuleana is ours, and it is our responsibility to leave this place, our place, Hawai’i, better than it was left to us and that is what I aim to do,” said Rothman as he attempts to make Council.

However noble the intention though, history shows that it won’t be easy for Makua. As the successful surfer-politician Fred Hemmings once said, “Surfing should have nothing to do with politics. That’s a whole different realm.”

But Makua would be more apt to adopt Pedro’s advice in Napoleon Dynamite: “If you vote for me, all of your wildest dreams will come true.”