Maldives Surf Breaks Are In Danger From Rampant Coastal Development 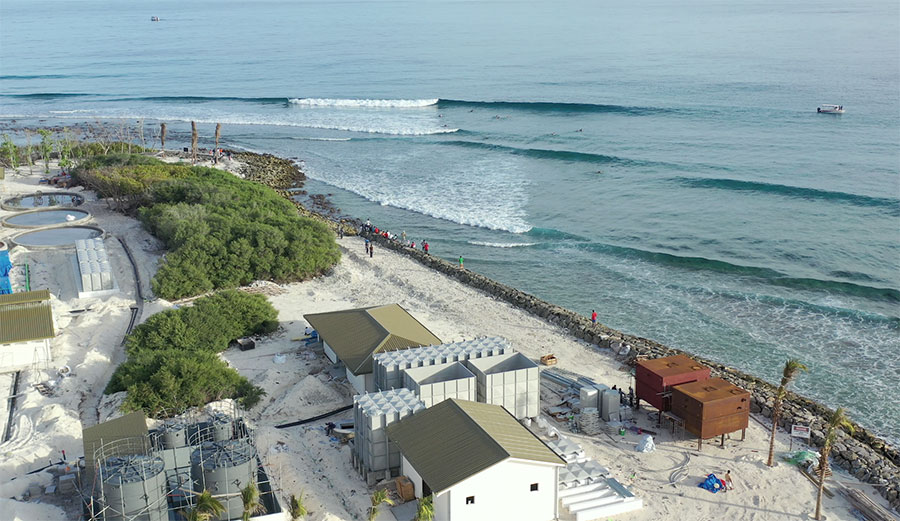 Waves and ecosystems are under threat in the Maldives. Photo: Save the Waves

The Maldives are about as close to paradise for surfers as anything on earth. Perfect waves, warm water, swaying palms, white sand, crystal clear water… the whole thing is postcard-perfect. But not for long, if developers have their way with the place. That’s why Save The Waves and a few international partners have decided to support local surfers and grassroots organizations to protect a handful of waves that are facing immediate threats from development and infrastructure projects. “Save The Waves is calling on government agencies and development interests to protect the incredible waves the country possesses by ensuring no development project impacts or destroys surf ecosystems,” Save the Waves wrote in a press release announcing a petition.

In the last few years, something worrisome has been happening. Not all that surprising, given the current state of the planet, but worrisome nonetheless. The Maldives, as a place with numerous surf spots basically untouched by man’s dirty hands, has been under attack. Construction projects that, according to Save the Waves, are aimed solely at the protection of private development interests, are affecting or outright destroying some of those places. Up to twenty in particular, according to estimations from Save the Waves’ partners in the area.

“The Maldives contain a treasure trove of surf ecosystems that have incredible biological, social, and economic value, yet have not been protected from rampant coastal development – not to mention the long-term impacts from climate change,” said Trent Hodges, Conservation Programs Manager for Save The Waves. “The government has an obligation and opportunity to protect these resources that provide measurable benefits for local communities and economies.” 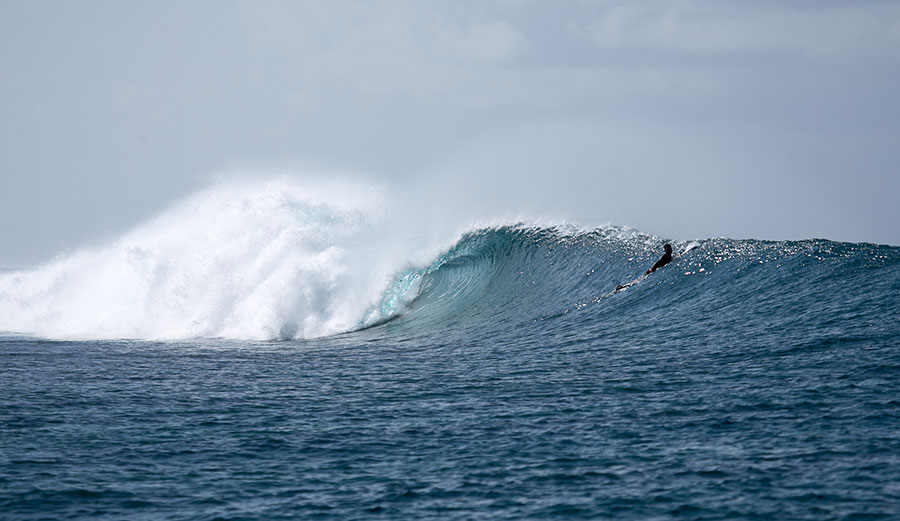 Waves like this don’t just happen anywhere. Photo: Save the Waves

In the Maldives, there exists an independent faction of Save the Waves. Save Our Waves Maldives is dedicated to protecting the waves and surrounding ecosystems from developers interested only in lining their pockets. Save Our Waves Maldives takes “a regional approach to bring awareness to the many waves under threat, while also working directly with local partners and agencies on concrete solutions to specific development threats.”

Take, for example, Chickens. It’s a wave you’ve likely seen before, hopefully in real life, but if not then in photos or video. It’s one of the best and most accessible waves in the Maldives, but it’s not even close to as good as it once was. Thanks to the construction of a nearby seawall, it’s been significantly altered. Many other waves are in the same dire position, along with the reef ecosystems underneath and the surf-focussed communities that depend on these places. 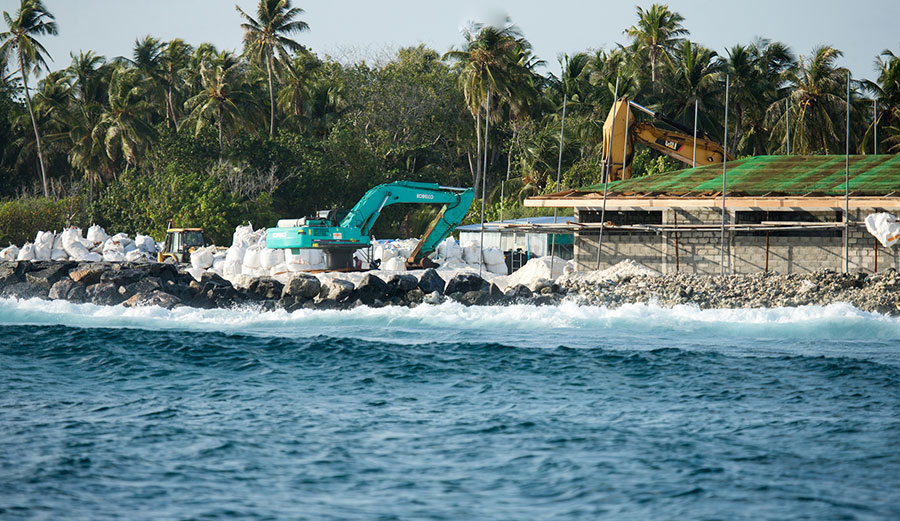 Not the view you want to see from the lineup. Photo: Save the Waves

Despite the gloomy forecast for surfers and environmentalists in the Maldives, there is a bit of sunshine on the horizon. The Government of Maldives, along with Blue Prosperity Coalition, have committed themselves to something called the Marine Spatial Plan, which designates at least 20 percent of the Maldives’ waters as fully protected marine areas. Running alongside that agreement is the fact that the Government of Maldives signed on to the Global Oceans Alliance earlier this year to protect 30 percent of global oceans by 2030, which, if nothing else, at least signals where their hearts lie.

A large number of people want to make sure that the people in charge stick to the plan, which never hurts. In fact, it’s very important. “The most important action anyone can take for the protection of the Maldives is to sign the petition,” reads a press release from Save the Waves. “This will help ensure the Maldivian Government and its agencies prioritize the conservation of wave resources in development projects and also proactively protect intact surf ecosystems.”