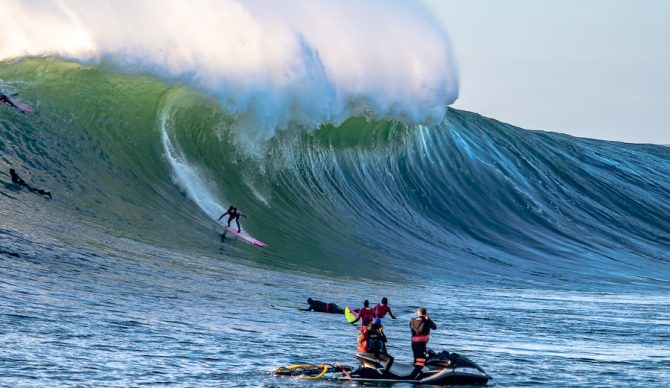 Bianca Valenti during a moment of glory this past season at Mavericks. Photo: Ben Schutzer

To say that the revamped Mavericks Surf Awards was a success would be a massive understatement. This past winter season in California won’t soon leave the memory banks. Suffice it to say, Mavericks produced a ton of highlights. From the paddle-in “Day of Days” on December 8 to Peter Mel’s outrageous, best-wave-ever-surfed-at-Mavs barrel, this may indeed have been the finest winter at Mavericks in decades. And after years of overspent budgets, canceled events, and leadership changes, we at The Inertia are massively stoked to see the Mavericks Surf Awards leading the culture of California’s big-wave crown jewel in a positive direction.

Although Mavericks itself hasn’t broken for the past few months (and probably won’t until October at the earliest), the Mavericks Surf Awards team has been hard at work behind the scenes, prepping for what will – waves permitting – be another season of big-wave glory. And just yesterday, the Mavericks team announced there will be a couple changes to ensure that this season and seasons to come are the best they can possibly be. 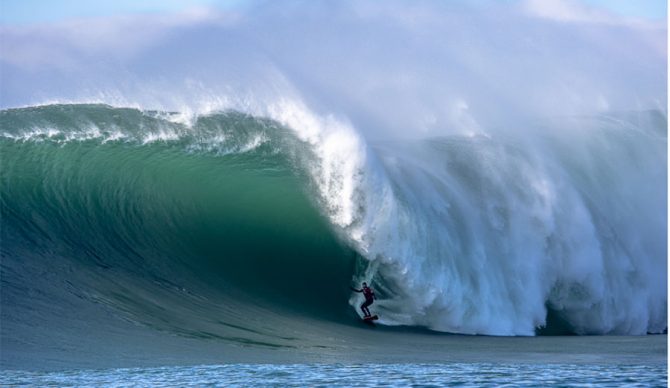 Pete Mel and the wave of a lifetime at Mavericks, on his way to a clean sweep of the Men’s division of the Mavericks Awards. Photo: Runamuck Photography

Last year saw five different equal-opportunity categories: Biggest Wave, Best Barrel, Ride of the Year, Male Performer of the Year and Female Performer of the Year. Anyone, of any gender and all walks of life could enter, but in the end, given Peter Mel’s incredible season at the location, it was no surprise to see him sweep all four categories except Female Performer of the Year, which was won by Justine DuPont. “I would have to say that I probably expected this one,” Pete Mel said while accepting the Ride of the Year award for his Mavericks barrel. “Just because it was definitely the ride of my lifetime. This award is very special. It’s one of the main awards, because generally it’s about the best wave ridden all season long… and it was the best wave I’ve ever ridden in my life.”

This year will see, instead of five equal-opportunity categories, three categories split between male and female for six categories total. The categories are Biggest Wave, Ride of The Year, and Performer of The Year. Each category will receive equal prize money, and as always, the athlete must make the wave to be considered.

“In recent years we’ve seen some pretty low female participation at Mavs, and so with COVID-19 and not knowing what to expect we went with the five equal-opportunity categories, and I think that was the right approach,” Chris Cuvelier, co-founder of the Mavericks Surf Awards said over the phone. “But after so much female involvement this past year we decided to expand from five categories to six to ensure that it’s all equal prize money and hopefully keep the momentum going.”

“What I really want to do is get some of the top female competitors like Justine DuPont and Bianca Valenti engaging with some of the young women surfers here in Half Moon Bay and Santa Cruz to give them the support and training they need to get out there and continue to foster the momentum behind women’s surfing out at Mavs,” Cuvelier said.

The second big update has to do with the athlete/photographer split. Last season the prize money for each category was split 80/20 between the athlete and the photographer who captured the moment. This year, the split will be 60/40, in an effort to recognize the dedication and integral role that the photographers play in the video-photo awards contest. “We were discussing 50/50,” said Chris, “but in the end we went with 60/40 because the athletes are the ones out there truly risking their lives and making it happen. But then knowing how hard those photographers work and how what they do makes it possible for us to run these awards, 20 percent seemed a bit light.”

With the winter Mavericks season just months away, these critical updates ensure all that positive momentum from last season is primed and ready to continue as soon as the legendary wave breaks again. When it does, you can be sure the Mavericks Surf Awards team will be there, continuing the mission of celebrating and supporting the men and women who commit.