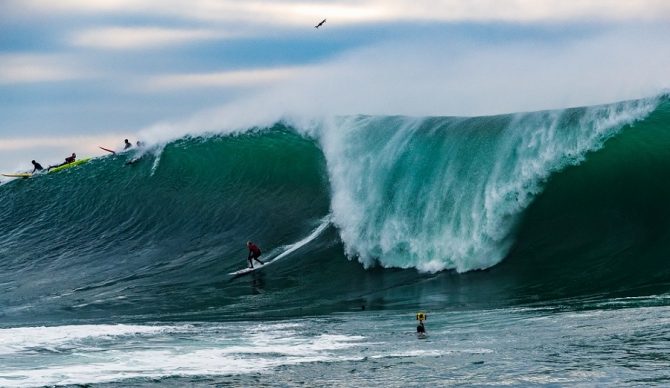 December is here, and the window is open for the 2020 Mavericks Surf Awards. After five long years, competitive surfing is back at Mavericks, but in an entirely new format. The new Mavericks Surf Awards, dreamed up by Mavericks pioneer Jeff Clark, and organized by local entrepreneur and surfer Chris Cuvelier, will celebrate the history of the wave, recognize the athletes, and as a video performance contest, will bypass the limitations of a day-of contest which held the event up for so long in the first place. In 2019, the contest was announced but due to the pandemic, didn’t run. As we reported last November, even then it was a long time in the making, with previous attempts to revive the Mavericks contest wallowing in debt and contract rights.

“The thing about Mavericks is that it’s difficult and incredibly finicky,” says Cuvelier. “The reports can change in seconds, up on the hill the navy outpost has blackout dates when you can’t run contests… to pick one day for the contest to run the stars really had to line up. A video contest really is a modern format and what we’re seeing is more and more that format is being adopted in the big wave category.”

The rules are simple. Anyone can submit footage, the surfer or the photographer, and at any point during the open window period of December 1 through April 15. In April, the panel of judges, all experienced Mavericks surfers, will convene to review the submitted footage and make their decisions in five categories: Ride of The Year, Biggest Wave, Best Barrel, Performer of the Year Male, Performer of the Year Female, with $10,000 in prize money on the line. Jeff Clark will head the panel of judges that currently includes himself, Darryl “Flea” Virostko, Chris Bertish, Maya Gabeira, and Grant Washburn, with more judges yet to be announced.

“What the judges will be looking for is the surfer that makes surfing Mavericks look easy,” says Jeff. “I always thought of surfing Mavericks like it was a six-foot wave. It’s your canvas to draw the lines that no one has before. Success at Mavericks is the ability to dance with one of the most powerful waves on the planet. That is the sign of a true master at Mavericks.”

What excites Jeff the most about the new format, is the strict rules against wiping out. For a wave to be considered in the contest, the surfer must make the wave. “When you wipe out you put yourself and others in danger,” says Jeff. “The reliance on water patrol is what has made the lineup weak and the decision making poor. Our format is one that opens the competition up to all who come to surf Mavericks. Professionalism will be rewarded. Those who have a deep commitment to surfing in its purest form will rise to the top.” 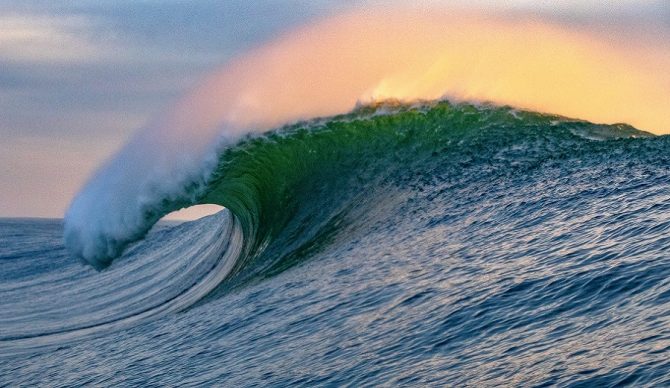 I asked Jeff if he has any advice to those who hope to enter the contest, especially newer faces with the wide-open contest format. “My suggestion is learn Mavericks well so that if you don’t achieve the goals you have set for yourself this year, you’ll be stronger for the next,” he said. “To the new young guys, the better you get the more you will be noticed, and the pictures and videos don’t lie.”

Yesterday, the fog was heavy in the morning making for a spooky start to the day. However, the action was underway soon after the fog cleared — not the biggest Mavericks has seen, but very, very clean. Tomorrow should be more of the same, but Tuesday is supposed to be all time with reports predicting a peaking 25-28-foot swell throughout the day.

Stay tuned it The Inertia on Instagram for live updates from the water and to learn more about to contest, go to MavericksAwards.com