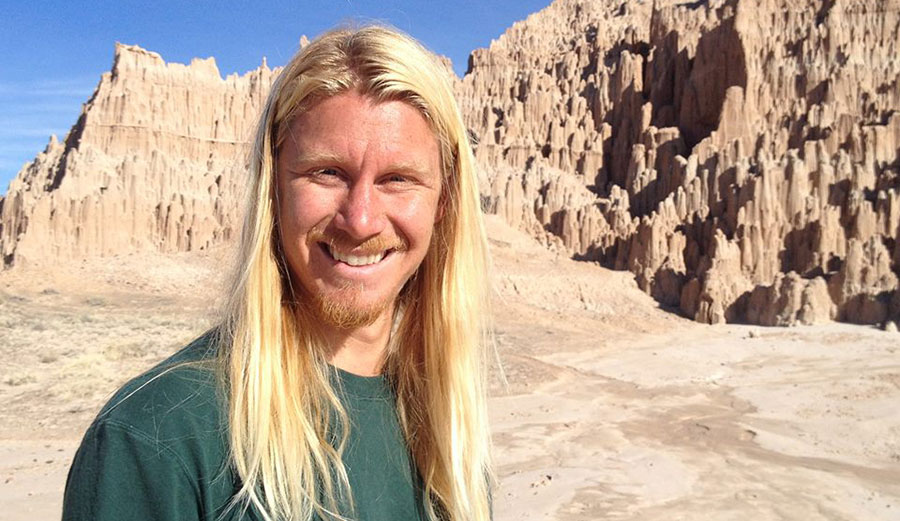 On December 18 of 2018, a 28-year-old surfer named Max Watson vanished in a vast, rugged area of southern Baja California.

Max isn’t new to Baja. From Hood River, Oregon, he often spends his winters there, hiking, camping, and surfing. I have, in fact, camped on the same beach and shared a lineup with him a few times over the years. I never spoke to him much—not enough to even get his name—aside from one brief interaction where I asked him and his girlfriend where she got her bathing suit while they sat beside each other outside their van one morning.

We did the stone-faced nod in the mornings while waiting for waves, but that was as far as our relationship went. He was just a guy I’d see every year in Baja. Long blonde hair, a body like a willow tree, a bit of soul in his surfing, a smile glued to his face.

On New Years’ Day, nursing a slight hangover on a beach just north of Cabo, I asked a friend what he had planned for the trip. “Not much,” he told me. “Just looking for Max for the next few days.”

Like I said, I never even got Max’s name, so I didn’t know who Max was. Then another friend piped up from behind his coffee. “You know that guy. The guy with the long blonde hair that used to camp down the beach. That guy. That’s Max. He’s missing in the mountains.”

As of January 18, Max Watson is still missing. The last contact he had with his family was December 15, when he sent his father and brother a text saying he’d be hiking through the Sierra de la Laguna mountains for a few days, and that he’d be back in touch by December 21. The last time he was seen was the 18th, when a rancher who had previously picked him up saw Max parking his van at a ranch near La Burrera.  The rancher, along with his wife, briefly spoke with him. “In that encounter,” explains a crowdfunding campaign set up to help find Max, “he was seen parking his van at the rancher’s property with a follow vehicle driven by a couple (unknown), and then got into the car with the couple and drove off.”

The Sierra de la Laguna mountains run down the middle of Baja Sur. It’s an incredibly beautiful area—a mix of wide open, dusty, cactus-filled terrain, waterfalls, and expansive vistas. That ruggedness, as attractive as it may be, makes the search for Max a difficult one. “There’s just so much area to search,” one volunteer told me while sitting on the back of his tailgate after a few days of hiking through it. “It kind of feels like pissing in the wind.” 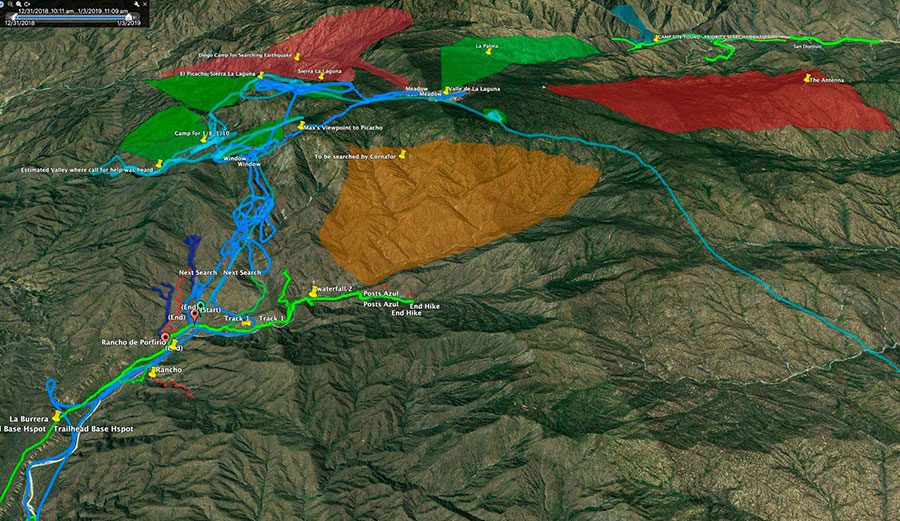 Map indicating some of areas that have been cleared (green and blue) and the red areas to be searched. Image: Facebook

It does not appear that Max meant to be gone long. “We know he does not have a large backpack, a tent, or sleeping bag,” the crowdfunding campaign goes on. “We aren’t convinced he took much water or food. Max left his water bottle, phone, and wallet in his van.”

Now, one month later, civilian efforts have ceased. “At this point,” wrote Wiley Watson on a Facebook group page dedicated to finding Max, “we have ceased our civilian search efforts and put our resources into hiring the local rancheros (who know the trail systems the best) to continue searching the most remote locations that still remain. All manageable trails and the surrounding areas have been swept thoroughly — by ground, air, and tracking dogs, yet with still no success.”

Although with each passing day the chances of finding Max unharmed diminish, his family and friends aren’t giving up hope. “Next steps are focusing more resources to find this couple (with the help of Telecel [a Mexican cellular carrier] hopefully) and bringing down some advanced thermal imaging technology from the States, or Mexican government to help assist the final mountain search.”