Meet Jojó Parisot, a Master of Training Watermen and Women 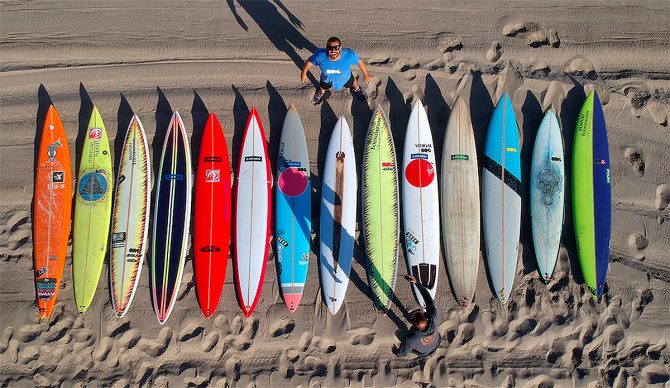 According to João Pedro Parisot, the idea of paddling across Portugal’s Cape Roca on big wave guns was “motivated by the distance and beauty of the course, as well as crossing a mythical point on the west end of the European continent.”

Jojó, as the surfer from Praia Grande is better known, is a well-rounded individual. He likes heavy waves, studies the martial arts, is an excellent swimmer, athlete, and coaches the Portuguese underwater hockey team (it’s a real thing). He also happens to coach some of the greatest big wave chargers on the planet as one of the developers of an apnea training program called Wave Crushers Training System. The sessions are very intense physically, but it’s the mental training that makes all the difference, serving both elite athletes and anyone who wants to acquire knowledge and confidence in the aquatic environment. In addition to seeing his athletes surfing at the highest level, one of Jojó’s greatest feelings of gratifications from this work is hearing athletes like Tom Lowe and António Silva tell him it was their training in the pool that saved their lives in extreme situations at sea.

The Cabo da Roca, located west of Lisbon and the Sintra Mountains, is a geological and geomorphological phenomenon of major importance. It’s responsible for the most exotic microclimate of the Portuguese mainland. Dense fogs form or dissipate in a few minutes while strong winds, rough waters, and currents are common there. The westernmost location of the entire Euro-Asian continental mass was called the Promontorium Magnum by the Romans, revealing towering steep escarpments, 100-meter cliffs that emerge from the sea, and later a lighthouse that has guided sailors for centuries now. The surrounding vegetation rich in endemisms shelters a diverse fauna. It’s a place with a rich history that goes back to the beginnings of humanity, from the Neolithic, passing through the Celts, Lusitanos, Romans, Visigoths and Moors. It has megalithic monuments and legends that range from witches to Catholic beliefs.

This is also a unique training ground Jojó uses for his athletes, where they paddle the cape on big wave guns, incorporating his breath, swim, and apnea teachings. And where I learned first-hand about Jojó’s training.  The guns shaped by Rabbit, Gary Linden, and Dylan Longbotton ranged from eight to 11 feet and were kindly provided by João de Macedo, António Silva and other athletes, with participants varying from 15 to 50-years old.

“The expectation is always great because they are always anxious and not knowing if they will endure or not,” Jojó says.

“The course was spectacular,” says participant José Molestina. “We thought that the weather conditions would be tougher and luckily the forecasted wind didn’t arrive. Fitness has to be good, but as in big wave surfing, the mental part and the knowledge of the limits of the body are key. With Jojó, we learn to pull the limits of the mind underwater and become accustomed to uncomfortable situations.” 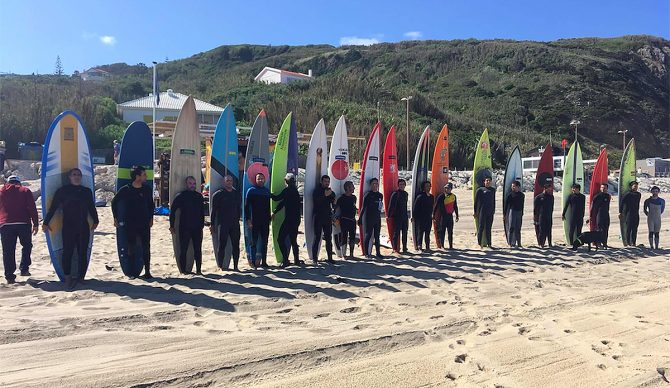 This is the beauty of any challenging situation at sea; facing the uncertain makes everything an adventure. Another cool aspect of the paddle was its companionship and teamwork — everyone was concerned with the well-being of each individual as the group moved together as one. It was important that no one was left behind, with some counting on the encouragement of their peers to push through. It’s the same camaraderie we see in lineups when the waves are big and each person’s real battle is against the sea.

In the second half of the journey, only those who were totally determined to arrive at Guincho by water were left — mostly because there was no alternative by this point. It was here that I thought I no longer had anything left. My muscles began to ache and the beach seemed like it wasn’t getting any closer. That’s when the mental aspects taught by Jojó helped us push through, knowing that sooner or later we would get there. We’d passed amazing cliffs, giant rocks, and before finally reaching the beach, we came across a beautiful wave. It was the spot known as Ninjas, working in perfect coordination with our arrival. We stopped and surfed some good waves while we waited for the rest of the group to arrive, catching a very convenient second wind at the end of our journey. When it comes to waves, we always have more strength.

It was a perfect ending with the very elements that Jojó loves to use as teaching tools: challenges, waves, and camaraderie.

Editor’s Note: Gustavo Lermen Silva divides his time between market research, writing and working as a surf instructor in Azenhas do Mar, Portugal. You can learn more about Jojó’s training online here.