National Geographic Nominates Greg Long as Adventurer of the Year 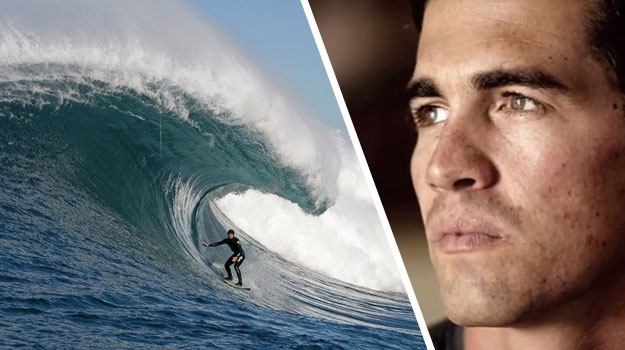 Xpreshon Big Wave World Tour champion, Greg Long (USA), has been recognized as an “Adventurer of the Year” by National Geographic. Honorees were chosen for being outstanding individuals with remarkable achievements in exploration, adventure sports, conservation and humanitarianism. Each embodies a unique spirit of adventure.

“As I was dangling from the basket of the Coast Guard helicopter, being lifted from the middle of the ocean in huge seas after basically drowning, I said to myself, ‘There’s no way. I’m done. Thank you for this second chance at life. I don’t need big-wave surfing anymore,’ ” remembers 30-year-old Greg Long in an interview with National Geographic. That day, he vowed he would never surf big waves again…

After nearly drowning, the big wave surfer came back to win the sport’s biggest title.

A documentary film presented by The Inertia now on iTunes called Sine Qua Non: The Psychology of Big Wave Surfing with Greg Long, offers an intimate portrait of the mentality, risks, and lifestyle associated with pursuing monstrous waves around the planet through the eyes of the world’s most decorated big wave surfer.

You can watch the full film and meet Greg Long himself at the Turtle Bay Resort “Talk Story” interview series, December 4th on the North Shore of Oahu. If you can’t make the event, watch it LIVE  on TheSurfChannel.com.

National Geographic’s 2014 Adventurers of the Year:

Greg Long – Survivor of a near-fatal surfing accident who went on to win the 2012/13 Big-Wave World Tour just months later.

Amy and Dave Freeman – American adventurers who made an 11,647-mile, three-year trip across through North America, connecting with school classrooms en route. Â·

Diana Nyad – The 64-year-old American distance swimmer who successfully swam from Cuba to Florida on her fifth try.

Kevin Pearce – An American snowboarder and survivor of a traumatic brain injury who encourages kids to wear helmets via his “Love Your Brain” campaign.

Raphael Slawinski and Ian Welsted – Canadian alpinists who became the first to climb one of the last great unclimbed peaks in the world, Pakistan’s K6 West.

Sarah Marquis – A Swiss hiker fresh off a three-year trek from Siberia to Australia.