Netherlands Surfing Tragedy: Was Sea Foam Really to Blame for the Deaths of 5 People? 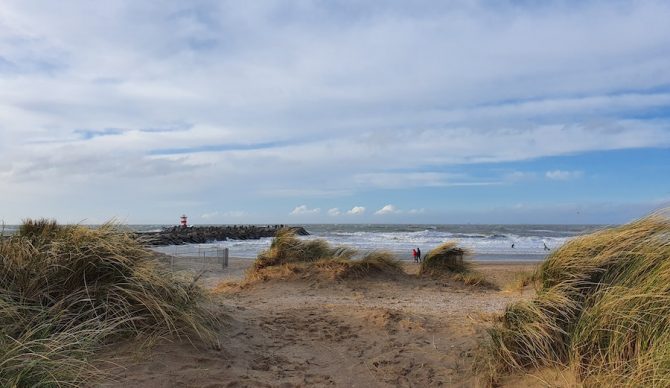 I’ve been surfing since 1967. My study of the sport extends back centuries, and still, I’d never heard anything like it. On Monday, May 7, five surfers out of a group totaling 10 were reported to have drowned all at the same time at Scheveningen Beach in the Netherlands. Even more bizarre were the circumstances, with accounts of not only choppy, windy conditions, but a massive inundation of sea-foam measuring up to nine feet high that significantly hampered rescue operations. In addition, this wasn’t a case of unwary novices swept out over their heads in the frigid North sea surf — the victims were apparently experienced watermen all, whose number included several surf instructors, internationally-trained lifeguards, and even an open-water swimming coach. And so in the wake of the tragedy, Johan Remkes, mayor of The Hague, voiced in a public statement the question that many, especially those of us who surf, have been asking since the disaster was first reported:

“How is it possible that so many experienced surfers were taken completely by surprise at a spot they knew so well?”

With official autopsy reports having yet to be released, there can be no definitive answer to that question. But considering the aggregate level of the five victims’ experience, coupled with their familiarity with the popular Noord Harbor surf break during challenging, yet not atypical conditions, it’s impossible not to conclude that the unprecedented sea-foam phenomenon somehow contributed to this shocking loss of life.

“Like me, they were internationally trained lifeguards,” said Pat Smith, The Hague’s night mayor, during an interview on Dutch radio the following day.  “They worked in Australia and received heavy training from an international watersports association. Yesterday they were training. They got lost in the foam.”

Lost in the foam — easy enough to understand. But somehow drowned in the foam? That’s a much more provocative possibility to address.

“I’m unaware of any cases in which people have suffocated in sea-foam,” wrote Katya Phillippant, a senior scientist specializing in coastal ecology at the Royal Netherlands Institute for Sea Research. “However, there was a lot of foam.”

Okay, so no known cases. But the “a lot of foam” part of that quote deserves further examination, along with the ocean and wind conditions on that particular evening and their interaction with the Noord Harbor break.

As explained on the National Oceanic and Atmospheric Agency’s website, sea-foam is most commonly caused by decaying phytoplankton matter — erroneously but evocatively called “red tide”— mixed with other organic matter, eventually washing ashore in great concentrations and subsequently churned into foam by wind and waves.

“The waves, especially in big seas, can whip this organic matter into a foamy mess.”

With rescue attempts reportedly “complicated by a man-sized layer of foam at sea and on the beach” one would imagine that the surf that evening must’ve been Waimea-sized and the wind blowing a full gale. Yet with the conditions being described as rough but not exceptionally so, another factor should be taken into consideration: the configuration of the Noord Harbor break. This popular surf spot abuts the concrete block jetty on the north side of Scheveningen’s buitenhaven, or outer harbor, providing consistent sandbanks and protection from SW winds. However, on May 11, a strong, typically-short interval NNW was running, accompanied by strong north winds, setting up a significant side shore current pushing right into the crooked arm of the north jetty. If ocean conditions were also conducive to the formation of sea-foam, which they obviously were, then this foam would have been not only blown to shore but also piled up against the jetty, forming, what was described by rescuers as “an avalanche of foam” up to three meters high in some places.

So consider the plight of surfers and swimmers caught up in such an avalanche, duck-diving short-interval wind swell with no visual orientation, in frigid water (the sea temperature that day was an ice cream headache-worthy 53.8 degrees) surfacing each successive time into a smothering, viscous medium containing very little oxygen. Big wave surfer Greg Long once recounted this exact scenario to me, describing the aftermath of a wipeout at Cortes Bank, when finally surfacing after a brutal hold down he found himself unable to breathe in the thick layer of foam. Desperately sweeping the froth from in front of his face, he caught a single breath before being hit by the next wall of soup. And yet he, at least, had the duration between long-interval, 60-foot swells. Imagine the same happening in relentless, seven-second windswell, trapped beneath six feet of sea-foam. Pat Smith, the aforementioned Hague mayor, at least pointed to the sea foam’s contribution to the tragedy, when, during the same Dutch radio interview, he pondered, “How did these surfers drown at one inlet, while 300 yards away at another inlet people were still surfing until later in the evening?”

This is a question that the victim’s families, international water safety agencies, Holland’s grieving surfing community, and anyone who spends time in the ocean, would like answered. Statistically, death in the surf is extremely rare. To lose five surfers in a single incident is rare in the extreme. In Scheveningen’s case, when one considers that surfers around the world find themselves faced with avalanches of whitewater on a very regular basis, and in almost every case successively come back up for air, the occurrence of an avalanche of sea-foam caused by a deadly confluence of conditions, was almost certainly a contributing factor to this tragic event.