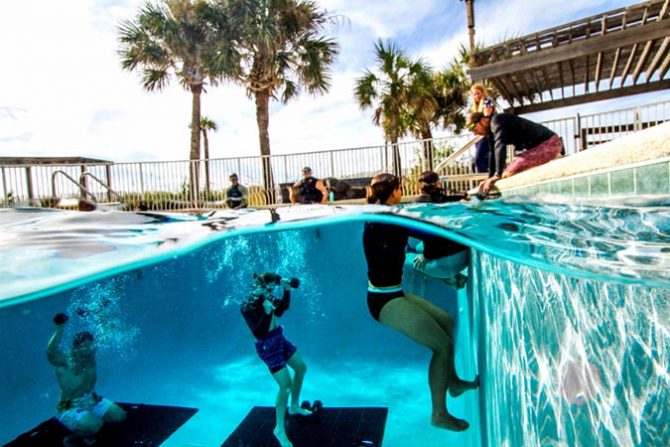 Stats show that 4,000 people die each year in the United States alone from drowning, making it the fifth leading cause of accidental death. Thousands more suffer brain damage from the effects of shallow water syncope (fainting) resulting from a lack of oxygen. Traditional thinking held that once someone came out of the water and took a breath, they would replenish their oxygen levels and be good to go. But new research shows this isn’t the case and indicates the need for a new water safety protocol that could save lives and eliminate up to 75 percent of these deaths and near-fatal shallow water blackouts.

A study conducted by Dr. Frank Merritt, founder of VitalityPro, shows that the old assumptions about hypoxia– a condition in which the body or a region of the body is deprived of adequate oxygen supply at the tissue level–are dangerously flawed. Previously, people assumed that the symptoms someone had when their body was critically low on oxygen would be easily noticeable and they’d recover quickly once they got to the surface of the water and resumed breathing. But Merritt’s research demonstrates that hypoxia continues for up to a minute after the person starts breathing normally again, meaning that they’re still in danger during this period. So for example, if someone has been swimming, performing breath holds or doing a pool workout and is low on oxygen, they’re not OK just because they’ve surfaced and are holding on the edge of the pool breathing and talking to you. In fact, the most dangerous time for them is the 50 to 60 seconds after they surface. Due to a delayed drop in oxygen levels, they could pass out and quietly slide under water during this timeframe. The same goes for someone who has over-exerted themselves in the ocean, say while spear fishing or of course, taking a multiple-wave hold down. 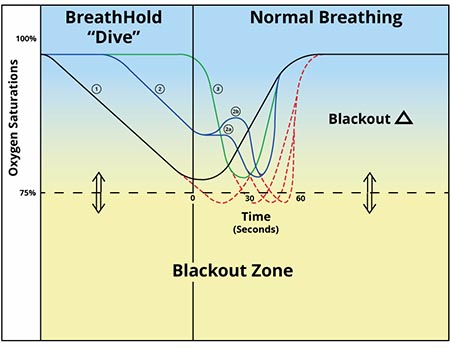 Fortunately, there are two solutions to this issue. First, once an over-exerted swimmer or breath holder gets to the edge of the pool or the surface, they should get completely out of the water and sit on the pool deck, the deck of a SUP or a jet ski, for the next 60 seconds. This will prevent them from falling or sliding into the water if they faint.

“Parents, swim partners, lifeguards, swim coaches, pools and aquatic organizations should integrate this information into their rules, guidelines, and training,” Merritt said. “Our goal is to save lives and prevent people from drowning quietly while everyone around them thinks they’re fine.”

The second path, which should be used in conjunction with the first, is for all aquatic enthusiasts to take a pulmonary training program like VitalityPro’s PulmMax. It has shown the ability to improve hypoxia as well as pulmonary performance. Once again, pulmonary training should not replace or negate the first solution.

VitalityPro’s research also showed that participants in land-based sports like football and basketball suffer from hypoxia, particularly those with greater body mass. Oxygen deprivation reduces performance, limits playing time and increases the risk of injury. There is also a strong likelihood that hypoxia plays a greater role in conditions like CTE than previously thought, although more research is needed. “From a coaching and training perspective, pulmonary training leads to the greatest improvement in any athlete’s overall performance yet it’s something that not many people do,” said Brandon Rager, Director of Training at VitalityPro.