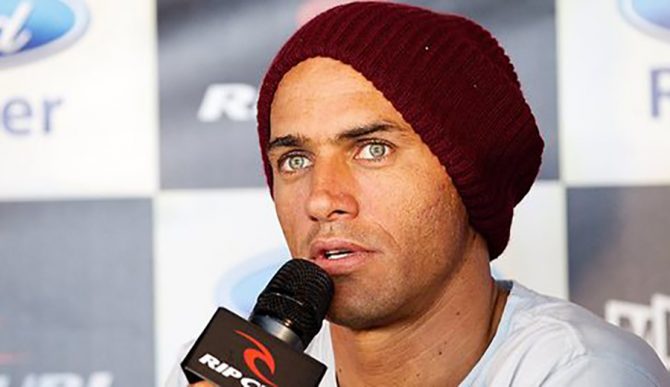 The beanie and tee combo. A SoCal specialty, as seen by a younger version of Kelly Slater. Photo: WSL

Southern Californians’ unique propensity to wear a beanie with t-shirts, tank tops, boardshorts, or flip-flops is due to a multiplicity of factors, according to a groundbreaking new study conducted by my fellow agents at the Eff-Bee-Eye.

Scientists have long observed that denizens of SoCal, with their even tans and breezy affectations, don the winter headwear despite temperatures a Minnesotan would find positively tropical. The seemingly paradoxical steez has puzzled many onlookers from outside the region.

Until now, research was inconclusive as to whether the headwear choice was a function of temperature, local microclimates, or a result of more complex regional sociological patterns, such as how “clutch” a “dank” beanie may appear against a backdrop of one’s Crossfit-honed biceps outside of Gjusta. At one point, leading theorists posited that the beanie-tanktop anomaly was related to kale salad consumption coupled with the effects of smog particles on the human brain. Others investigated a connection to the regional frequency of celebrity dog-walking sightings, and low carbohydrate diets.

Despite their efforts, past researchers have gleaned “Exactly squat! Squat!” shouted retired Eff-Bee-Eye Assistant Special Agent-in-Charge Ben Harp, who led the research team. “Their approach to this whole goddamn thing bothers me! And yes, they bother me!” Harp added. “For the love of Christ, how the hell do these boneheads have jobs to begin with?”

Harp made this livid remark at a press conference at the Eff-Bee-Eye’s Los Angeles headquarters on Wilshire Boulevard late last week. Temperatures hovered comfortably in the high 60s during Harp’s tirade.

“Nowhere else on this goddamn planet would someone wear a winter hat when it’s 70-goddamn-degrees out and sunny for Chrissakes,” hollered Harp.

The Eff-Bee-Eye scientists worked on the hypothesis that dank beanies were worn with tank tops, flip flops, and other warm weather articles because of a complex interaction of climatic and sociological factors found nowhere else on earth. They accounted for numerous variables, including dietary kale salad volume, upper-arm sex appeal, and smog. On their own, none of those factors displayed a statistically significant correlation to the beanie-tank top anomaly. But when the region’s temperate Mediterranean climate was factored in, particularly with respect to the coastal marine layer, the researchers saw a strong relationship.

Future studies must take into account two further factors, Harp said: The winter-wardrobe envy SoCal residents feel toward those who live in multi-season climates, and residents’ extreme sensitivity to temperatures below 62 degrees.

The research will help agents from the Eff-Bee-Eye identify and build cases against suspected surfer-bank robbers operating in the region, Harp said.