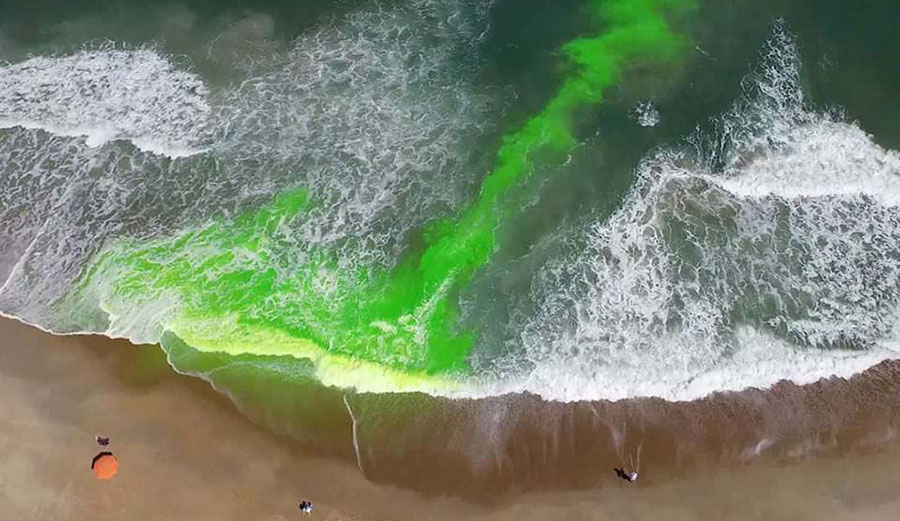 Rip currents are dangerous things. They kill hundreds of people around the world each year. According to the National Weather Service, an average of 100 people are killed annually in the United States alone, and there have already been 82 rip-current related fatalities in the U.S. in 2021. That’s why the National Oceanic and Atmospheric Administration (NOAA) is launching a national rip current forecast model. If it works as promised, it can predict the probability on an hourly basis of rip currents along U.S. beaches up to six days in advance.

If you surf, rips are something you likely deal with frequently. You know, for example, not to paddle straight back to the beach if you’re in one. A rip is a narrow, fast moving channel of water that moves from the beach out towards sea. They won’t take you under water, but it can be alarming to suddenly find yourself much farther out than you thought you were.

Instead of swimming back to the beach — which seems like the right thing to do — swim parallel to it until you’re out of the rip. No one is immune, and even pros like Nathan Florence deal with them now and again. What’s key is knowing how to use them to your advantage and how to escape from them safely, but many casual beach-goers don’t know any of that. The NOAA made a short rip current survival guide in order to teach people the basics.

The National Ocean Service and National Weather Service, both arms of the NOAA, worked together to create the forecasting model. It uses wave and water level information from an existing program called the Nearshore Wave Prediction System. The rip current model predicts how likely a rip will be on a scale of zero to 100.

“Before this, forecasters were manually predicting rip currents on a large section of the ocean twice a day and only a day or two into the future,” said Gregory Dusek, a NOAA scientist who developed the model. “The earlier prediction has potential to substantially increase awareness and reduce drownings.”

The system covers most of the U.S. East and Gulf Coasts, as well as large parts of California, Hawaii, Guam and Puerto Rico. As time passes, more coastline will be added — and with any luck, unnecessary deaths will be avoided.