Ntando Used to Live on the Streets of Durban, Now He’s a Surfing Prodigy

Ntando Msibi is a 19-year-old surfer kid who hails from Durban, South Africa. On the surface, he’s your average surf-obsessed grom transitioning into adulthood, but Ntando has the life experience of men twice his age. You see, Ntando was living on the streets when Surfers Not Street Children, a South African non-profit, began working with him ten years ago. Now, he’s traveling the world, pursuing his passion.

For more insight into Ntando’s story, we reached out to Tom Hewitt, director of Surfers Not Street Children. Here’s what he had to say:

“Ntando Msibi is a former street child from Durban, South Africa, who was rescued from the streets by our organization. He is an orphan who lost his mother to disease. Afterward, he ended up living on Durban’s city streets in order to survive. When he was nine, while he was high on glue, a speeding car hit him. Miraculously, was relatively unhurt.

“The organization offers surfing as a way of taking street children away from glue sniffing and street life, and through Surfers Not Street Children, Ntando fell in love with surfing. Stoked from the get-go!

“Ntando now lives at the Surfhouse, which is the Surfers Not Street Children base in Durban where he is a local at the New Pier.

“Surfers Not Street Children is not about making pro surfers. Kids who have come through the program have gone on to be surf coaches, lifeguards, coffee baristas, surf shop sales people, and pursue other careers. Many of the kids rip, but Ntando was one that showed really unusual potential in surfing.

“He surfed for South Africa in the ISA World Juniors in both Ecuador and California (where he came in 17th). He also won junior sportsperson of the year in South Africa in 2015.

“Ntando Msibi is spending the end of 2016 and 2017 traveling. He is working on his surfing career and promoting the work of Surfers Not Street Children.

“Although without a main sponsor, he has real surfing talent and a great story. 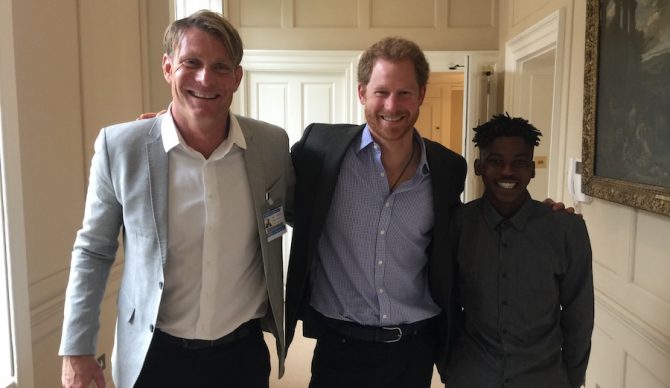 “From the UK he has flown to Southern California where he is competing and also meeting with his existing sponsors and potential new sponsors. He’s even been hanging with Rob Machado at Seaside Reef in San Diego! He’s set to be connecting with Damien Fahrenfort, Sal Masekela, and Nate Yeomans while there.

“His plan for 2017 is to keep traveling and developing his career and dropping back into SA periodically to check in and surf the occasional contest. Along the way, he promotes the work of Surfers Not Street Children in Durban. A few weeks back, he took 2nd place in the WSA Championship Tour Event #7 at Huntington Beach!”

You can support Ntando’s travel dream here. And learn more about Surfers Not Street Children on their website and Instagram.