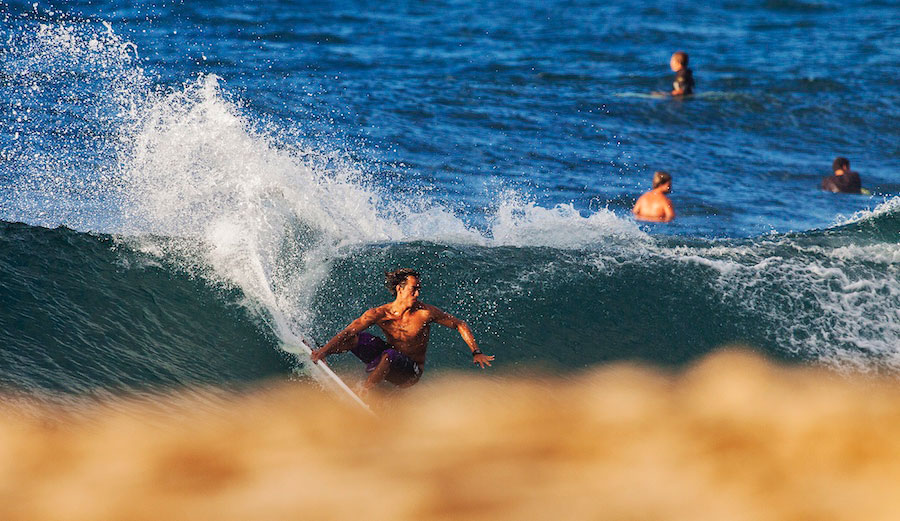 Beachgoers and shredders will all benefit. Photo: JP Van Swae

From November to March every year, the surf industry’s collective eyes turn towards O’ahu’s famed seven-mile miracle—a stretch of coast renowned as much for its challenging ocean conditions as for its world title showdowns. This year, in the midst of the Triple Crown, Honolulu Mayor Kirk Caldwell signed Bill 39 into law, beginning the process of establishing longer hours for City and County lifeguards across O’ahu.

Each winter, the world-class lifeguards of the North Shore make headlines for their life-saving actions at some of the world’s deadliest waves, ensuring the safety of locals and tourists alike. While many saves are made during their scheduled 9 a.m. – 5:30 p.m. shifts, according to the North Shore Lifeguard Association, nearly 20 percent of ocean emergencies occur outside of current lifeguard hours. As a result, a push has been made to extend lifeguard coverage to include all daylight hours to mitigate after-hours drownings and rescues.

Bill 39, submitted by Honolulu city council member Kymberly Pine in response to the ever-growing popularity of O’ahu’s beaches, extends City and County lifeguard shifts to cover all daylight hours, from sunup to sundown. While the new legislation does not require these extended hours to come into effect until July 1, 2021, a pilot program of the new schedule has been put into place at Hanauma Bay, a popular snorkeling destination on O’ahu’s southeast coast, and has already helped increase the safety of swimmers. In addition to improving ocean safety, according to Pine, “the Hanauma Bay pilot project proved that the shorter work-weeks provided by the extended, dawn-to-dusk hours will save the City money in workers compensation claims and sick leave and boost lifeguard morale,” demonstrating the wide-ranging positive effects this legislation may have.

While extended lifeguard hours will save lives across O’ahu, there is perhaps nowhere its effects will be felt more than on the North Shore. Widely known for having some of the most dangerous and powerful ocean conditions in the world, the waves along O’ahu’s North Shore have claimed many lives, and even world-class watermen and surfers have fallen victim to this coast’s deadly conditions, as evidenced by highly publicized rescues of Evan Geiselman and Kalani Chapman, among others, at Pipeline. As the proverbial “proving grounds” in the surfing world, the North Shore will continue to attract visitors for years to come, making legislation like Bill 39 invaluable for ensuring the safety of surfers, swimmers, and beachgoers.

Although there are still steps to be taken before these new hours are put into place, in the near future, thanks to Bill 39, whether you are trying to sneak a set wave at Pipeline as the sun comes up or caught out at Sunset Beach before dark on a building northwest swell, the world’s best watermen and women will be on the beach watching.