One Surfer’s Take on Prostate Cancer: ‘Getting Back in the Water, and How I Dealt With It All’ 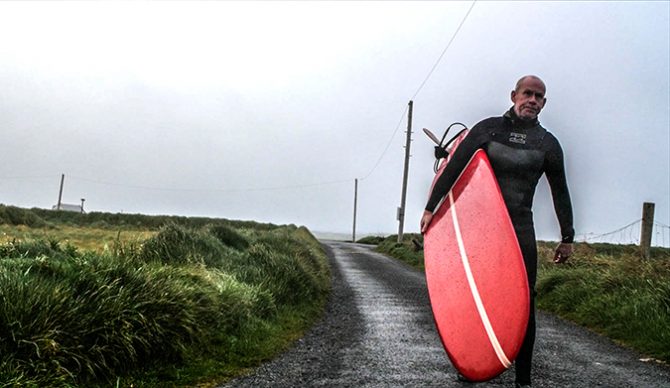 Someone asked me what I wanted for my 54th birthday back in May. I told them an erection. And I wasn’t joking.

For some context, I was diagnosed with prostate cancer last December. I immediately had it removed — lock, stock and barrel — in January. Radiation was an option, as was just waiting around to see what happened, but my cancer was the top-shelf kind so we went for the nuclear option.

Following an extended stay in the hospital (I was what they refer to in medical circles as “a bleeder”), one of the first orders of business was to seek out other surfers who’d had a similar diagnosis and ask how long it would take to get back in the water. I was struck to find a lack of personal accounts to draw from and I soon started to understand why: there’s still a stigma amongst men about this condition and more specifically, its outcomes.

For example, one particular takeaway from a prostatectomy — aside from losing your core, forfeiting your dignity, dealing with incontinence — is erectile dysfunction, or ED. And yes, there is the little blue pill for ED but even then, I believe the saying goes “Sixty percent of the time, it works every time.” 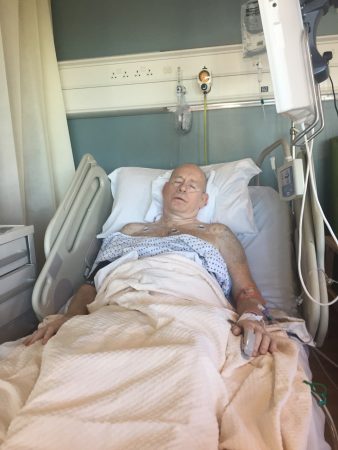 The author, on the road to recovery. Photo: David Collins

Another outcome was something my brother-in-law flagged early on in his own battle was that people react in one of two ways. Some either prefer not to deal it, or more specifically you. Meanwhile, others take your care and their concern to an entirely new level. You take massive comfort from the latter. You, of course, learn from the former.

When you’ve had a knock, things can also crawl into your head and convince you to throw in the towel, as they say. Hang up yer booties and put your boards away, your number’s up Baby! You simply have to fight and overcome these doubts because your mental health is also at stake now. The dark night of the soul comes to all of us at some point. Being ill brings it on quicker because as you begin to face your mortality, you begin to question yourself, your path, decisions you’ve made, and the list goes on. Everything becomes amplified — which isn’t helped by the medication you’re on — to the point that even the most mundane tasks, like getting out of bed, become massivaely challenging. If you’re fortunate, your circle of support comes into its own here.

So get yourself checked, gentlemen. Regularly. Make it an annual trip to your GP, regardless of whether you feel on-par or not. And if you are unfortunate to receive a diagnosis for prostate cancer, know that there are plenty of us still around and that recovery, although challenging, from wearing a bag to deferred pain to seemingly endless cramping, (and, in my case, losing some but not all of my Hollywood good-looks) is very doable. It ain’t pleasant but it’s manageable.

Listen to your medical team. Set goals. Celebrate milestones. Establish a routine. Begin slowly. Get walking. Start swimming. Eat properly. Drink lots. Sleep well. Be patient. And stay mindful. Before you know it, you’ll be back out the back. And more than likely with a renewed vigor for life, a clarity of purpose, and a healthy intolerance for suffering fools gladly.

I’ve just had my second PSA test and as they say, “all is good in Denmark,” thanks initially to my GP and ultimately to the expert intervention of my most excellent consultant surgeon. None of this without also acknowledging an abundance of patience and support from my wife and closest confidant.

Mind you, I’m still waiting for “the man,” man — which probably explains why I have a new 11-foot glider on the way. Some might say I’m compensating but time will tell. I’ll keep ya posted.