Opinion: Joel Tudor’s Suspension Might Get More Eyes on Longboarding Than the Tour Itself 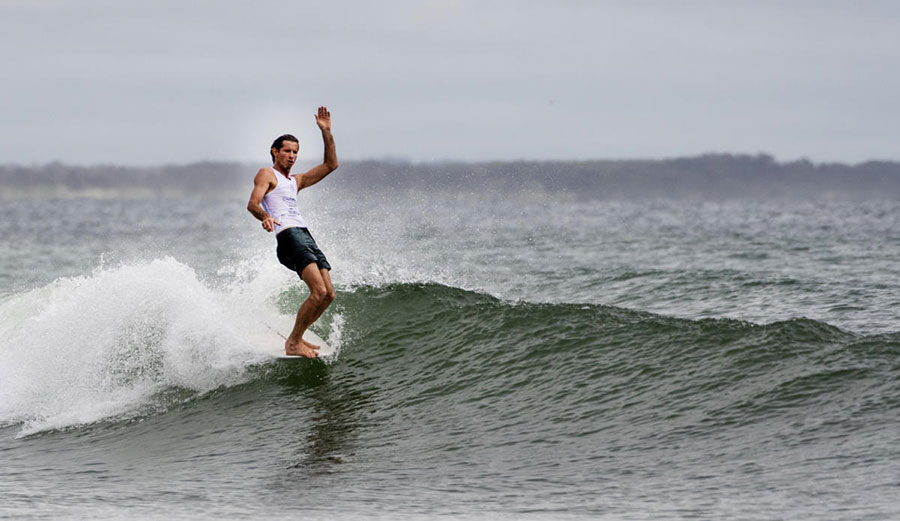 Joel Tudor’s suspension is creating interest in the Longboarding Tour. But is it the kind of interest the WSL wants? Photo: Thomas Bennett/WSL

There’s an old saying in journalism: “If it bleeds, it leads.” It means, in short, that readers are more attracted to blood than just about anything else. People love a good ol’ fashioned dust up. It doesn’t necessarily mean literal blood, though — it just means that conflict drives views. And in the case of Joel Tudor’s suspension from the Longboarding World Tour, it could be argued that the suspension is likely doing more to bring awareness to longboarding than the longboarding tour ever has.

Joel Tudor has never been one to mince words. He’s famously outspoken, and the most recent example came when he called the WSL out for multiple reasons. Back in February, he posted to his 180,000 followers on Instagram that he took issue with a rumor that the World Surf League had plans to hack the number of stops on the Longboard Tour down to just one.

As of this writing, the World Surf League’s Longboarding Tour Schedule still includes four stops, all of which are listed as “tentative.” Sources close to the WSL told us that “Devon Howard and the Tours and Competition team have been working on the 2022 schedule for a few months now. More information will be shared in the coming weeks.”

That wasn’t the only issue the three-time world champion had, though. Tudor also called out the World Surf League for the smaller prize purses and perceived inequality in longboarding events compared to shortboarding.

“Yo @wsl @jessmileydyer @elo_eriklogan can y’all explain this kind of equality?” Tudor wrote. “Not very woke of you to treat the log gals with so much disrespect in regards to pay?”

It should be noted here that while there are indeed fewer events and less money in the WSL’s Longboarding Tour, the male and female competitors are paid equally.

Tudor went on to make a public appeal for for fans of longboarding to figuratively rattle the doors and windows of the WSL. His reasoning was that, using social media as a metric, longboarding is more popular than shortboarding.

“It’s kinda clear on your own Instagram which style is more favored by your audience!” he continued. “Urging all log gals, parents, and friends to write the @wsl asking why this is still happening…. Hit ’em up, post about it, and make some noise to make things right!!”

While we’re not privy to the exact conversations between Tudor and the League, according to our sources, Tudor’s call to action led directly to a series of disturbing messages sent to World Surf League employees. The WSL cited a violation of the following rules: “Sportsmanlike conduct (14.02), damage to surfing’s image (14.04), and verbal assault (14.08).”

I wrote WSL representatives after the news of Tudor’s suspension broke, hoping to find out exact online viewership numbers, but so far, haven’t heard back. Even with the cold hard numbers, though, it’s a hard thing to parse. It’s clear that, from an event-viewership perspective, there are fewer people watching longboarding events — but if there were the same number of longboarding events as shortboarding, what would the numbers look like? It’s impossible to know for sure, but a league suspending one of its own world champions — and one with a cult following such that Tudor has… well, that’s bound to draw more eyes, even from non-surfers.

Tudor’s willingness to take the World Surf League to task in such a public manner and his subsequent suspension could very well accomplish, in a round-about-way, what Tudor has wanted all along: to increase the popularity of the Longboarding World Tour.

Prize purses are largely determined by event sponsors. Brands are more willing to sponsor an event if it has a higher viewership. One can assume that the prize purses on the LBT are lower because sponsors are harder to come by, but if Joel Tudor’s battle with the World Surf League catapults it into a more public arena, those sponsors might be more willing to open their wallets, throw a bit more cash into the coffers, and maybe, just maybe, give the World Surf League the impetus to add more stops to the tour.