Ownership of Channel Islands Surfboards Returns to the Merrick Family 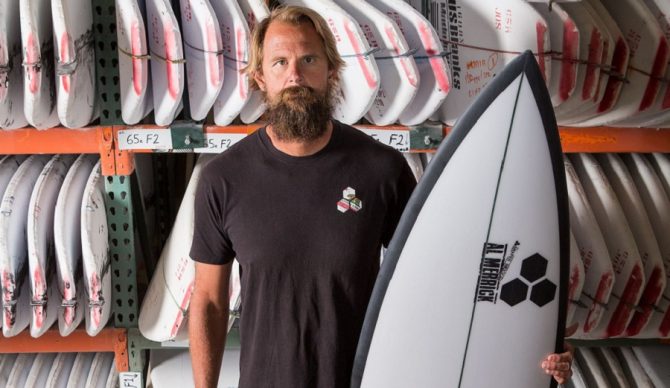 Britt, in the shop, with his popular CI Happy model. Photo: CI Surfboards

Channel Islands is the epitome of the California surfboard brand. Founded in 1969 by Al and Terry Merrick, it has grown from being a local Santa Barbara brand into an internationally recognized company that shapes boards for some of the world’s best surfers. For the past 14 years, this growth was aided by its parent company Burton, whose expertise in snowboard manufacturing and industry knowledge helped Channel Islands become the brand it is today through building a local state-of-the-art surfboard factory and expanding CI’s global reach. Burton knows a thing or two about grassroots manufacturing, starting in Jake Burton Carpenter’s Vermont barn in 1977 and growing into a global snowboard entity. Now, after a fruitful partnership, CI is returning to its roots as a family-owned company. Burton has agreed to sell Channel Islands Surfboards to CI Surfboards LLC, led by Britt Merrick and owned by senior members of the Channel Islands management team, employees and team riders.

“For my family and all of us at Burton, this is a very happy ending to Burton’s chapter in the Channel Islands Surfboards’ history,” said Donna Carpenter, owner of Burton Snowboards, in a release today. “We know the brand will be in good hands with Britt Merrick, Scott Anderson and the dedicated employees and team riders at Channel Islands.”

“I literally grew up in my mom and dad’s surfboard factory, and was there to see how hard they and their whole family of employees worked to make Channel Islands one of the most highly regarded board builders in the world,” said CI Surfboards new CEO Britt Merrick. “When Burton partnered with us, they provided an incredible amount of support and shared their knowledge, which ultimately helped us to keep building the best boards possible right here at home in Carpinteria, California. This opportunity to take over ownership with my life-long friends that work here as well as having co-ownership with many of our top team riders is a dream come true for me — and has us all super pumped for what the future holds.”

It’s no surprise that CI’s team riders are getting in on the deal as much of CI’s recent success has been attributed to the attention the star-studded roster brings to the brand. CI’s team rider roster includes surfers such as Dane Reynolds, Lakey Peterson, Sage Erickson, Mikey February and the Gudauskas brothers as well as new talents like Taj Lindblad, Alyssa Spencer and Luke Swanson who might bring fresh perspective and energy as Channel Islands returns to its roots.