Pandemic (and Eco) Conscious Travel: The Closer We Stay to Home, the Lower Our Carbon Footprint 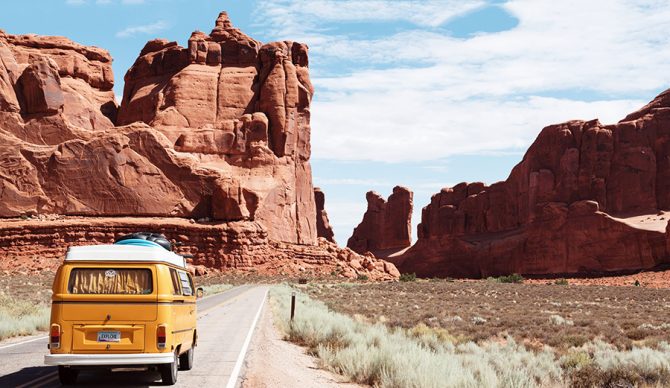 Outdoor sports tend to glorify international travel over backyard exploration while simultaneously preaching environmental preservation. Surfers are supposed to pick up trash on their local beaches then fly to Indonesia for three weeks of paid vacation. Skiers and snowboarders are bombarded with idyllic pictures of fresh powder on foreign mountains, while simultaneously being pressured to lower their carbon footprint and protect their winters. Our smartphone screens are an endless barrage of glamorous, enticing, and borderline seductive photography telling us to travel more and travel further. But now, in the throes of a pandemic, almost every mode of travel across borders has come to a screeching halt. Travel, in the now-traditional sense, is no more.

I’m ashamed to admit that I’ve bought into that line of thinking, especially because our insatiable desire for international travel has some pretty serious consequences. I’ve done a stellar job of justifying the environmental impact of overseas flights by telling myself things like, “but the plane will take off anyway” or “what difference will one person make?” or, my personal favorite, “I am vegetarian, it cancels out.”

So far, COVID-19’s halt to all this old mindset has been remarkable for our planet. Pollution levels all over the world have dropped and wildlife is flourishing in the absence of urban bustle – mountain lions and coyotes have been spotted in downtown San Francisco. At first glance, this looks like a silver lining of the pandemic. Good things are happening because a bunch of people like me are no longer doing the things we do, and after a few months of sitting in time-out with little more than these thoughts to occupy my mind, I have begun to feel like a hypocrite. In my everyday life, I’ve adopted many habits and norms that are sustainable — things that lower my own footprint and contribute to my own belief that everybody can do their part. But can I continue to support such a destructive industry and culture of world travel and still call myself an environmentalist? I’m not sure. I don’t know about you, but my old, laboriously constructed fortress of justifications is crumbling.

So what becomes of a traveler who is told they should not travel? If you too are an Earth lover struggling to reconcile your passion for a transient lifestyle with your desire to lower your carbon footprint, maybe these words will help. I have been spending a good portion of my newly abundant free time thinking about how to travel a little lighter on the Earth, and I’ve come to believe the solution is relatively simple: all we have to do is rediscover an appreciation for our own backyards. It’s time to start thinking more about how we travel than where we travel.

Here’s how I plan on doing exactly that when life gets back to normal:

Have you ever gone camping by bicycle? You should. Last fall, my boyfriend and I rode our bikes from San Francisco to Half Moon Bay and back over the course of a weekend and it was one of the most memorable trips of my life. We crammed a tent, a patch kit, sleeping bags, and 10,000 granola bars into a couple of panniers, strapped them to our bikes, and headed for U.S. Highway 1. The beauty was in the simplicity. With nothing more than bikes, a few packs of gear, and good company, I got to experience a stretch of coast I’ve driven along hundreds of times in a completely new and intimate way.

It was cheap too. Many campsites in California offer discounted fees to travelers who hike or bike into the site. We paid $7 each for our night at Francis Beach Campground in Half Moon Bay, instead of the $35 we would have had to pay for a standard site.

Hop On a Train

Did you know there is a railway line that traverses the 300 miles of emerald A-frames and golden sand between San Luis Obispo and San Diego? It’s true, and a board bag counts as one of the two free pieces of luggage allowed per passenger.

The Highway 1 road trip is a classic. Why not get creative and cover the same ground by train? You’ll have a novel experience while cutting down significantly on your trip’s carbon footprint. If the coastal route doesn’t sound interesting to you, look into other options. North America’s railway system is alive and well, and surprisingly far-reaching. You’re bound to find a route that sparks your interest.

From an eco-conscious perspective, trains are a lighter mode of travel than planes and cars. For example, a journey from London to Madrid would emit 43kg (95lb) of CO2 per passenger by train, but 118kg by plane (or 265kg if the non-CO2 emissions are included), according to EcoPassenger.

There are almost 300 state parks in California alone. As California progresses through its phases of re-opening, the State Parks system is taking on a “phased and regionally-driven approach to increase access at park units.”

I thought long and hard about how many of these parks I had seen with my native Californian eyes, and realized I had barely scratched the surface of all its natural wonders. Road tripping in your home state is hardly a carbon-neutral mode of travel, but it’s far lighter on emissions than a long-distance flight.

According to CarbonFootprint.com, driving a 2008 Honda Civic the entire length of the state of California (all 848 miles) will emit roughly 0.32 tonnes of carbon, while a one-way flight from San Francisco to Honolulu will emit roughly 0.53 tonnes. Add in three of your besties, and the road trip’s emissions stay the same, while the collective emissions from flying rise to 2.12 tonnes. Yes, the flight to Honolulu covers a lot more ground (1,545 miles more to be exact), but that’s kind of the point. The closer we stay to home, the lower our carbon footprint.

Embrace the Mindset of a Traveler.

A striking realization I had when I began traveling was that I grew up within an hour train ride of one of the most iconic cities in the world without ever appreciating it. San Francisco had been an ugly mass of high rises to me, but with a new perspective, it became a place brimming with colorful characters, delicious food, breathtaking sights, and quirky cafes. The city hadn’t changed, I had simply become a traveler. I was curious and engaged with my surroundings. When I think about it, that’s all traveling really is: a time to be curious and engaged. So my last piece of advice, as cheesy as it may sound, is to embrace the mindset of a traveler. To bring the curiosity you feel abroad back home with you, to engage with your local community, and to approach your hometown with the same fascination and reverence you would Prague or Bangkok or Marrakech. The destination isn’t nearly as important as it may seem. You don’t have to travel far, you just have to travel well.