Paris 2024: ‘We Will Not Be Using an Artificial Wave for the [Olympics]’ 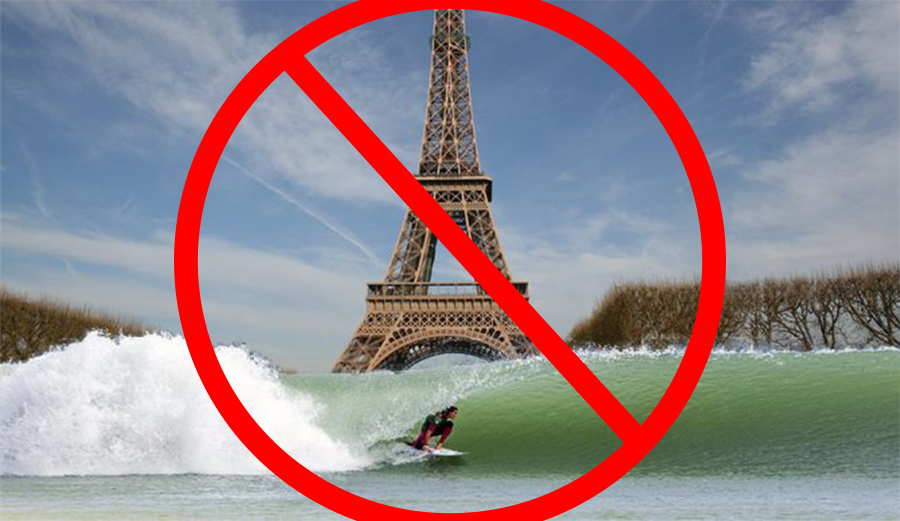 With just a year to go until surfing’s Olympic debut in Japan, chances are effectively zero that a wave pool could suddenly be constructed to replace the unreliable waves of Tsurigasaki Beach as the sport’s first official Olympic venue. Would-be developers now have their eyes on the next Olympic host city, Paris. But, recent comments made by Paris 2024 President Tony Estanguet pretty much shut the door entirely on the idea that surfing’s second showing could happen at an artificial wave facility.

“We will not be using an artificial wave for the surfing event,” Estanguet told press this week during an official International Olympic Committee visit to Paris to check in on Olympic preparations. “We are very lucky to have several natural sites that can be used in France.”

After their proposal was rejected, Sevran’s mayor, Stéphane Blanchet, wasn’t surprised by the outcome but remained hopeful Terre d’Eaux could still be used for the Paralympic Games. “We expected this because the subject had already been debated in the sports,” he told Le Parisien. “The door is not closed on Terre d’Eaux. It is still designated an official training site of the Olympics, and can serve the Paralympic Games.”

It’s unclear if Paris 2024 will field additional proposals for wave pool venues. Even if it did, based on the Estanguet’s comments it would appear that making a compelling argument for investing funds in an artificial wave facility just became an uphill battle for developers.

“We already have the expertise needed so we do not wish to invest in the infrastructure for an artificial wave,” Estanguet explained.