The big wave season has officially arrived in the Northern Hemisphere. It’s early December, and the first really big swell is currently pulsing into Hawaii. Big wave surfing has changed a lot over the years — no longer is it a few wildmen throwing caution to the wind with a head full of drugs and a flagrant disregard for their own safety. Now it is, for the most part anyway, well-thought-out, meticulously planned, and made as safe as it can be. Still, though, it’s not exactly safe. It is, after all, the art of sliding down a roaring mountain of water. With the start of the big wave season, Patagonia just released a new film about safety in big wave surfing titled Connected by Water – The Story Behind the Big Wave Safety Movement.

There have been many wake-up calls when it comes to safety in the big wave world, but the death of Sion Milosky at Maverick’s in 2011 was, perhaps, the loudest. It wasn’t because Sion was better or more special than say, Mark Foo, or Donnie Solomon, or Todd Chesser, or anyone else who died tragically on a wave. It was because that particular wake-up call seemed to be the final straw in a very heavy load. The alarms had been ringing for a long time, but Sion’s partnered with all the others to create a deafening roar that no one involved could ignore any longer.

“Big wave surfing was advancing faster than safety protocols, and something had to change,” wrote the crew at Patagonia. “Later that year, a group of surfers led by Kohl Christensen and Danilo Couto gathered in Kohl’s barn on the North Shore of Oʻahu and held a CPR course taught by a veteran emergency room nurse. This was the first unofficial meeting of the Big Wave Risk Assessment Group (BWRAG).” 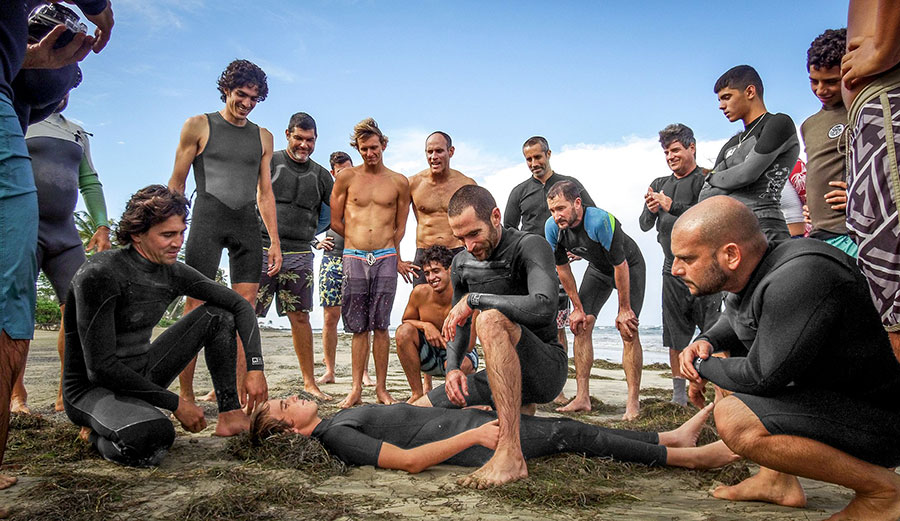 BWRAG isn’t just for big wave surfers. It’s for anyone who wants to be safe in the water. Photo: Tony Dooley

CPR and rescue breathing seem like things that should have been common knowledge among surfers — big waves or small — but up until then, there wasn’t much focus on safety. It caught on quickly, though, and within a year, BWRAG held its first public summit at Turtle Bay Resort on the North Shore, expanding its teachings from CPR to first aid and water rescue skills.

When Brian Keaulana joined the BWRAG team a few years later, he added a whole new level to it. A veteran Hawaiian lifeguard, noted surfer, and ocean risk specialist, Keaulana was the perfect addition to an already-strong team. His brain and body are steeped in decades of ocean safety knowledge. He knows the vagaries of the ocean about as well as any single person can. When he joined BWRAG, the number of courses they could offer increased from simple first aid training to ocean risk management, CPR and AED training, first-aid medical intervention, spot analysis, mindful breathing and energy management, emergency action planning, and water rescue, all taught by some of the best in the world.

Recently, however, the BWRAG team decided that the Big Wave part of the acronym wasn’t the important part. Sure, when the waves get big the danger increases, but some of the worst accidents in surfing happen on the tamest of days. It’s a game of luck, sometimes, and managing risk shouldn’t be reserved solely for those taking the most of it. The BWRAG course is now aimed at anyone who surfs — or anyone who enters the ocean, for that matter, for all conditions from two feet to 20. 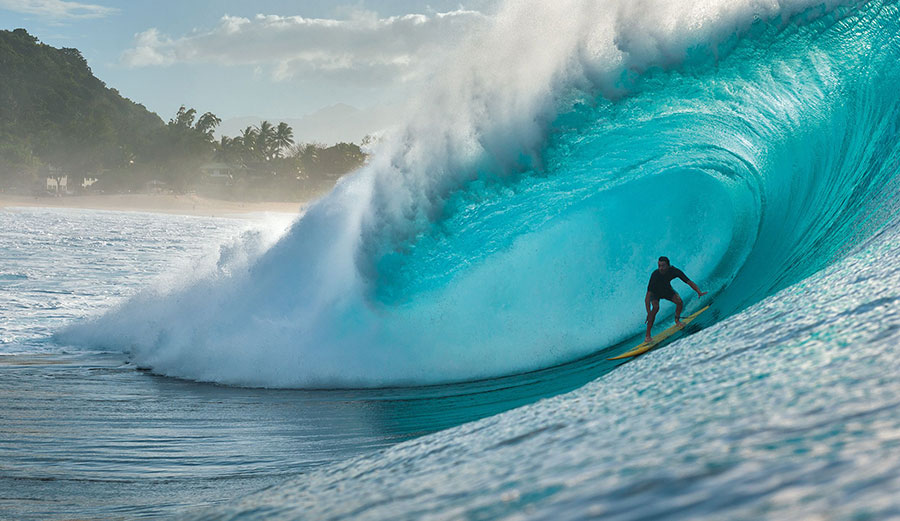 But since this year is 2020 and the entire world has changed, the 2020 class schedule was canceled due to COVID-19. Now, BWRAG’s Surf Responder Online Course will be available in January 2021. “We’re trying to change the whole mentality of surfing society, by spreading the true values of friendship, family, community, and culture in the water,” says Brian Keaulana. “We’re all one nation, which is the ocean nation. Surfers are not divided by land, we’re connected by water.”

Sign up for the Surf Responder Online Course here.