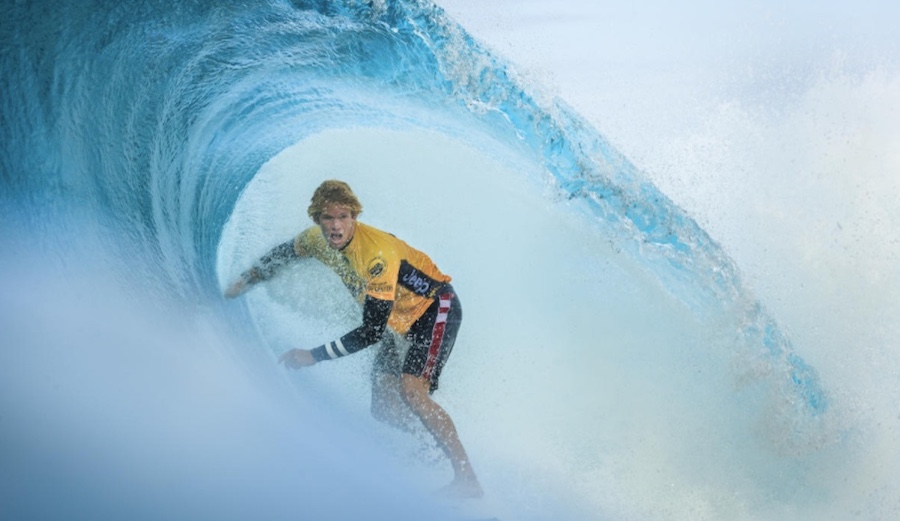 According to revelations from permitting issues, the crescendo of the CT may soon be its first stop. Photo: Damien Poullenot/WSL

The times are a-changin’. Right around Turkey Day last year the World Surf League unveiled the most significant sweeping changes to the Championship Tour schedule in recent memory. Among them, the Hurley Pro Trestles and OK Fiji Pro would be dropped, while an official contest (not a secret one) at the Surf Ranch would take place in September.

A very public permitting issue, though, reveals that even more significant changes might be ahead for the 2019 CT – namely the WSL’s intent to change the wait period of the Pipe Masters from December to January. In other words, the crescendo of the CT schedule may soon become the first contest of the year. And, instead of a March kick-off to the season on the Gold Coast of Australia, Dream Tour surfers would be expected to get over their New Year’s hangovers quickly and be in competition shape the first month of the year.

In addition, the WSL hopes to move the Maui Women’s Pro to the North Shore to run in conjunction with the Vans World Cup at Sunset Beach.

Hawaii News Now reports the League’s attempts to essentially pull a bait-and-switch on Hawaiian officials by swapping the dates of the Sunset Open with those of the Pipe Masters with no increase in competition length. WSL officials told Hawaii News Now they filed applications in mid-December with the city of Honolulu explaining the changes were mainly “administrative.”

City officials, however, have been cagey about whether they plan to approve the request explaining the League missed a Nov. 9th deadline to make changes to the permit applications. And according to reports, WSL CEO Sophie Goldschmidt traveled to Honolulu on Friday in an effort to meet with Honolulu Mayor Kirk Caldwell, a move officials reportedly see as the League trying to strong-arm them.

“Hawaii is such important part of surf culture and the history of this sport, we love coming here,” said Sophie Goldschmidt, WSL CEO, in a statement. “Having canvassed widely, we firmly believe the broader changes we’re implementing are for the benefit of all including Hawaii. We’re hopeful that Hawaii CT events remain on the schedule, the permit is granted, and it continues to host the world’s best surfing. Top tier pro surfing brings an enormous benefit to Hawaii’s surfers, as well as the State both economically, in terms of employment, exposure for tourism and much more. We really hope this can continue.”

Kelly Slater even weighed in on the issue saying, “Hawaii and surfing are synonymous with one another so it’s important to support and bolster both the culture and the sport of surfing in Hawaii. A big part of that long tradition is pro surfing’s premier events being held on the North Shore. I’m hoping we don’t find ourselves in a situation where miscommunication or semantics around the permitting process drastically impacts the long history and tradition of Hawaii playing a crucial role in determining our champions. The changes happening are important for the tour and will have zero negative impact on the local community. It’s really nothing more than a trade of days and names of events at Pipeline so I hope the process can be seen as that clear and easy.”

So, the future of the 2019 Pipe Masters is for the time being a giant question mark. But more than the permitting issue itself, the schedule change hints at a tectonic shift that seems inevitable for the 2019 tour. The exact changes to the schedule at this point remain to be seen, but a Dream Tour that doesn’t end with Pipe but begins with it has to end with something even bigger and better and more interesting, right? The question is, what do Sophie Goldschmidt and the World Surf League have up their sleeve?