Inside Under the Sun 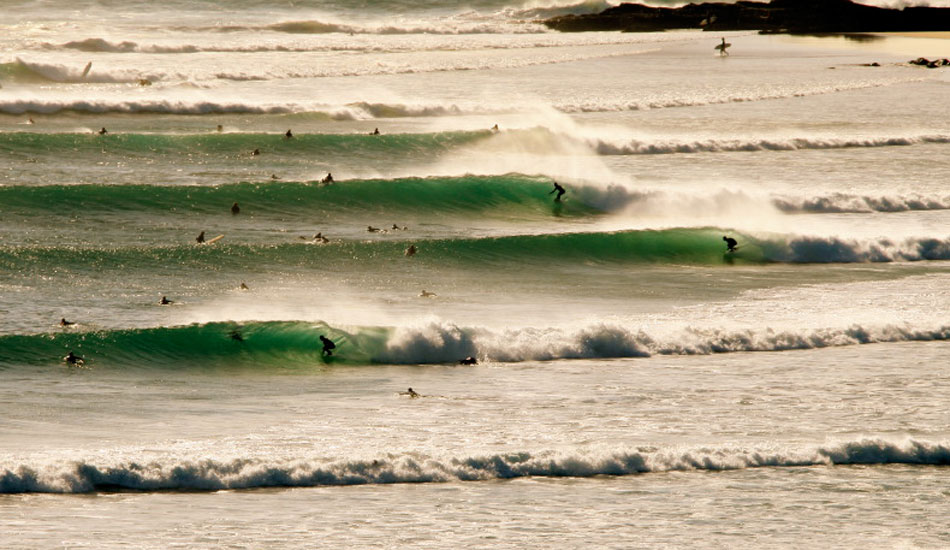 This is a pretty crazy moment from Kirra Hill above Queensland's infamous Superbank. This shot was taken at about 7:30am as the tide drained out. Consistent cyclone swells and large crowds of highly skilled surfers make this a fairly common sight in this part of the world. Photo: Cyrus Sutton. 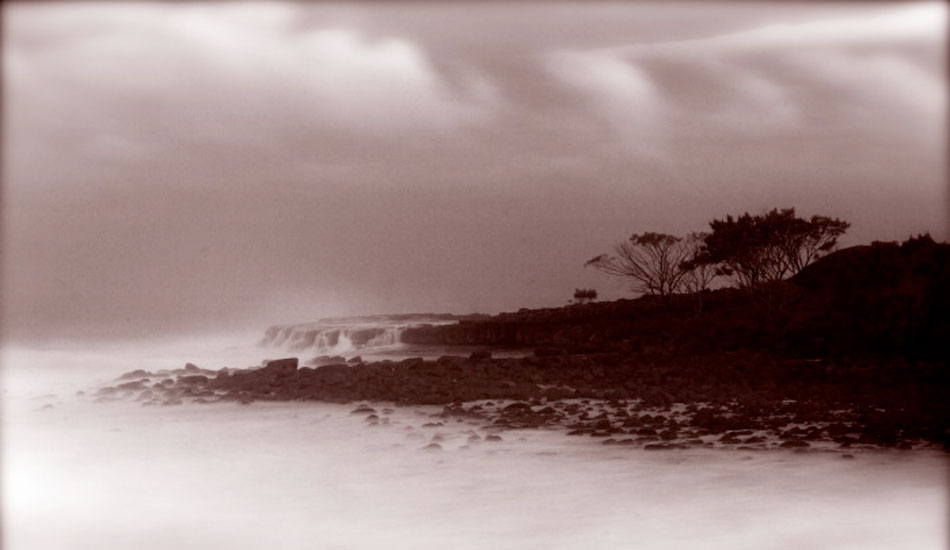 This was taken during the rapid clearing of a storm in Angourie, NSW. I remember having two cameras out, a DSLR for stills and my Bolex capturing the rides of Nat and Beau Young on 16mm film. It was an incredible couple of hours. Photo: Cyrus Sutton. 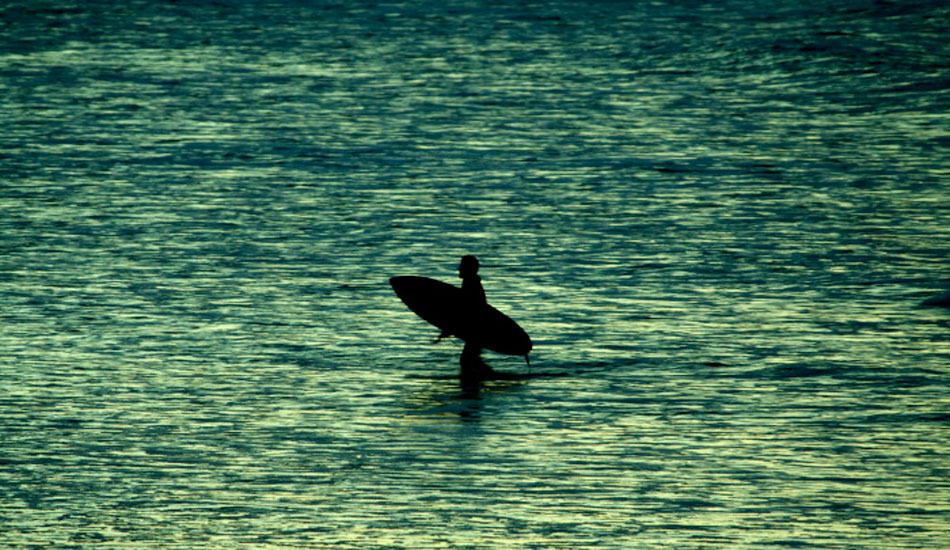 I really like this shot for some reason. The flat beach and area of receding water remind me of so many low tide, sunset sessions. This is Beau Young getting out after a good evening of waves at Kirra. Photo: Cyrus Sutton. 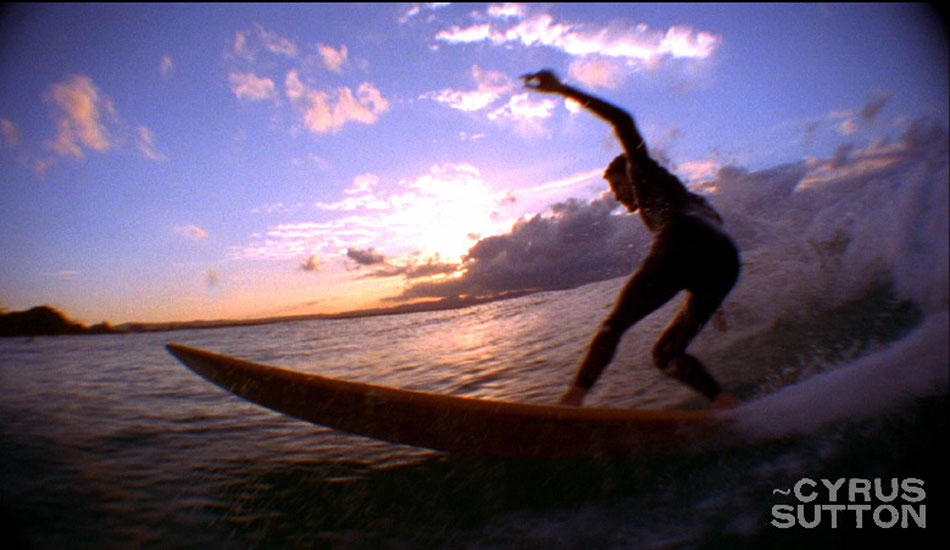 I'm riding behind Beau here at dusk. This is a still from the 16mm footage I took on an old photosonics camera. They are these crazy little high-speed military cameras that are the size of two cigarette packs and allow you to shoot film in places that you normally wouldn't with a heavy Bolex. The only problem is they are expensive, ridiculously hard to load and are always breaking.. Thank God for Go Pros! Photo: Cyrus Sutton. 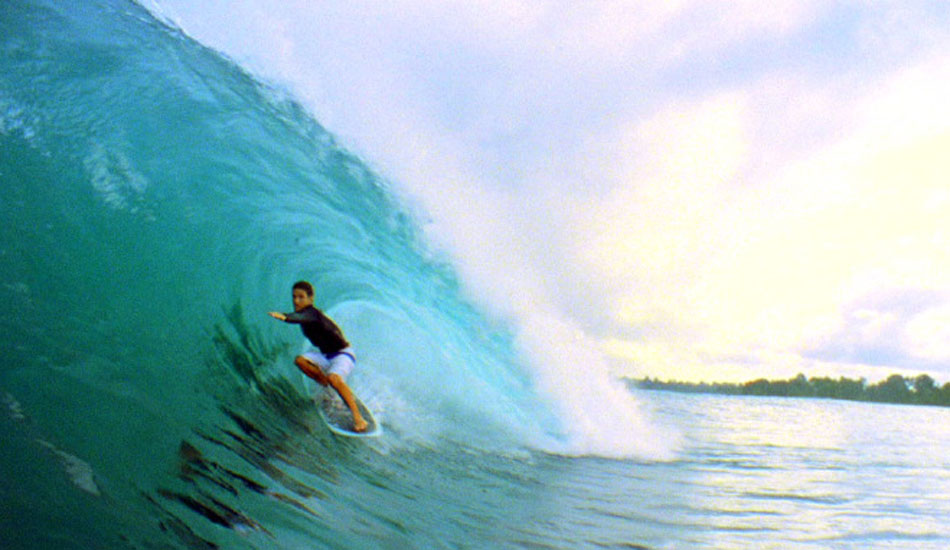 As you'll see in the film, Beau got some of the craziest hang 5 tubes I've ever seen on this little board. Photo: Cyrus Sutton. 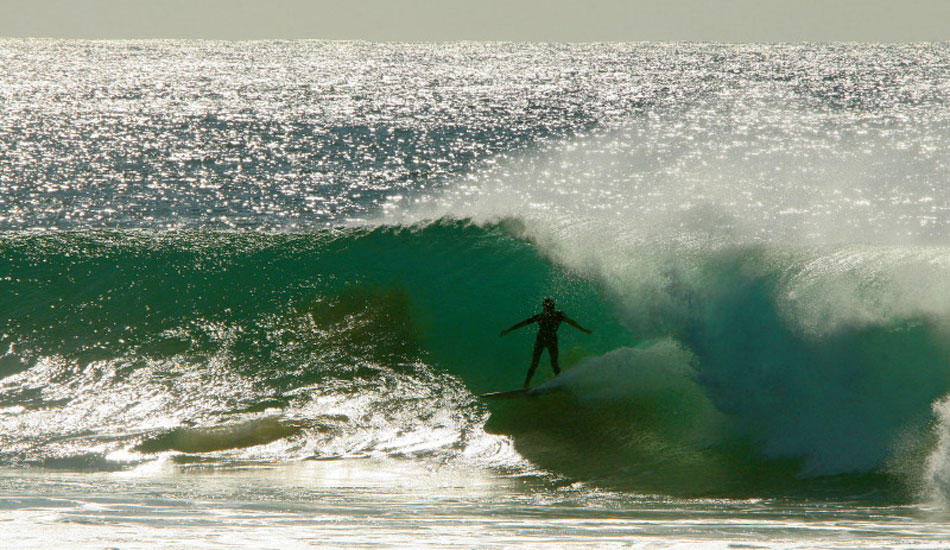 Beau really surprised me while filming for Under the Sun. I'd always known him as a longboarder but he charges and draws really interesting lines in the tube. Here he is at a lesser known spot in NSW, not a lot of people surf here because it's unpredictable and really shallow in spots. Photo: Cyrus Sutton. 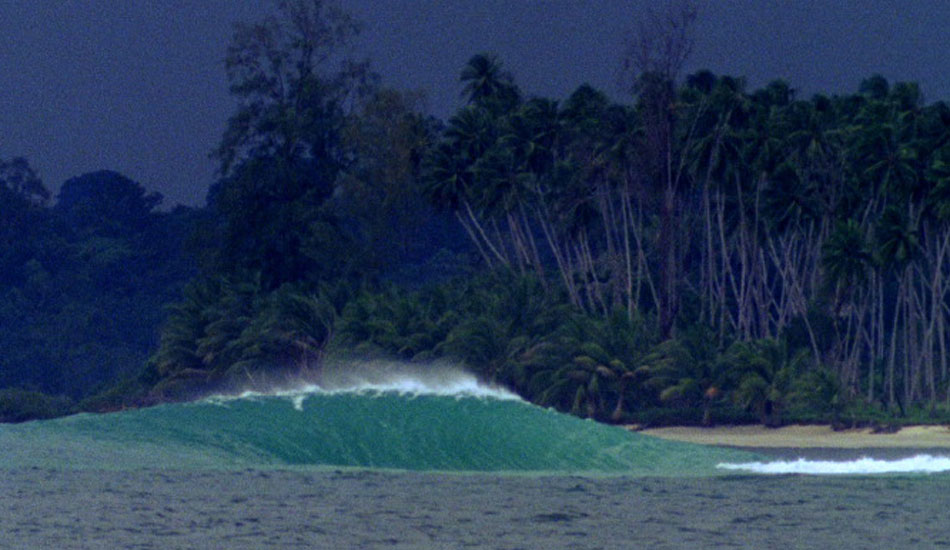 We were (to the best of our knowledge) the first ones to surf this little slab. These small Northern Indonesian islands were first discovered by the crew of our boat only a couple of weeks prior and I can remember sitting on the beach waiting for another set to provide Rasta and Daniel Thomson with more small right peelers when across the bay, a peak popped up and spat over a submerged island. I swung my lens around and refocused just as the second wave did the exact same thing. After a third wave followed suit, I called out to the boat guy in the channel and 30 minutes later we were on the peak for the rest of the afternoon. Photo: Cyrus Sutton. 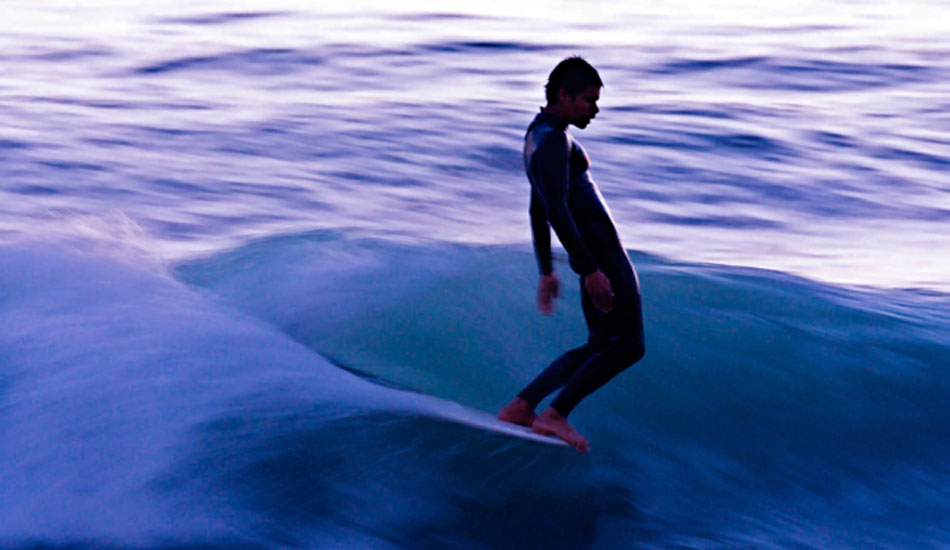 A shot Bruce Jamieson took of me one evening at La Jolla shores. I moved back down to SD after living in my van in Orange County for two years during the production of this film. This was taken late spring just as I was wrapping up post production. Photo: Bruce Jamieson 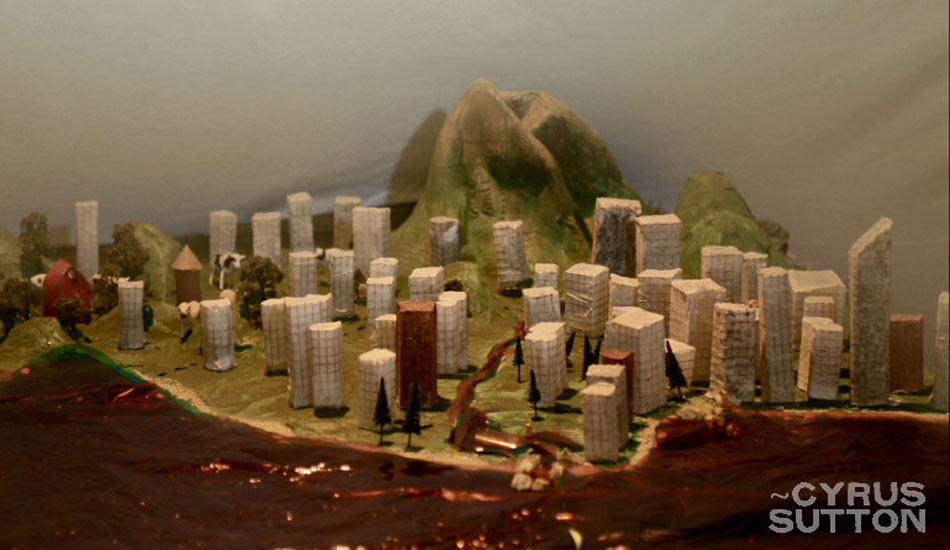 This is a still from a stop motion animation recorded in an art studio deep in San Pedro, CA. We spent days making the buildings and landscape from paper-mache and it was fun setting it all up with professional lights and making it come to life one frame at a time. Photo: Cyrus Sutton. 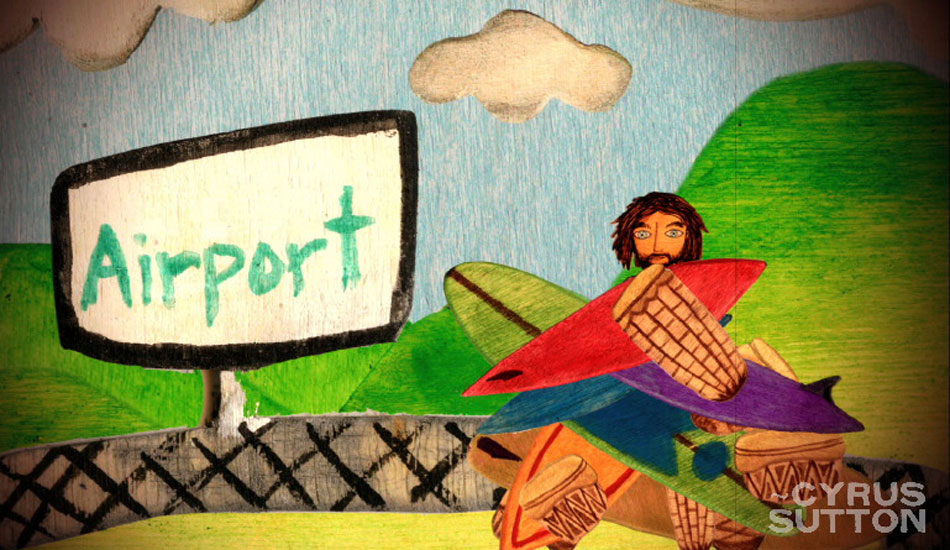 This is from a satirical animation I did about the difference between contest surfers and free surfers. Here the free surfer is at the airport buried in his quiver of tribal instruments and retro surfboards. Photo: Cyrus Sutton. 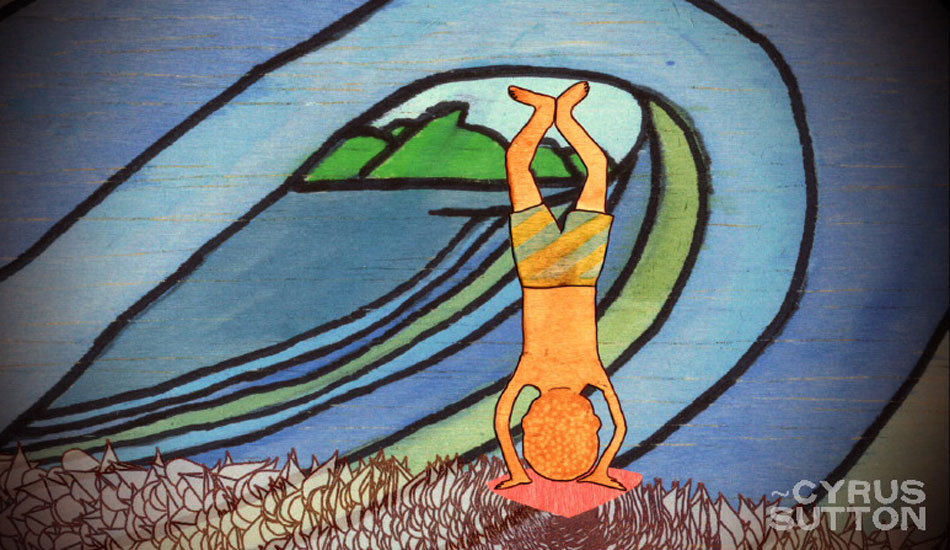 This is another still from the animation. Free surfer getting mystical in the tube. Photo: Cyrus Sutton. 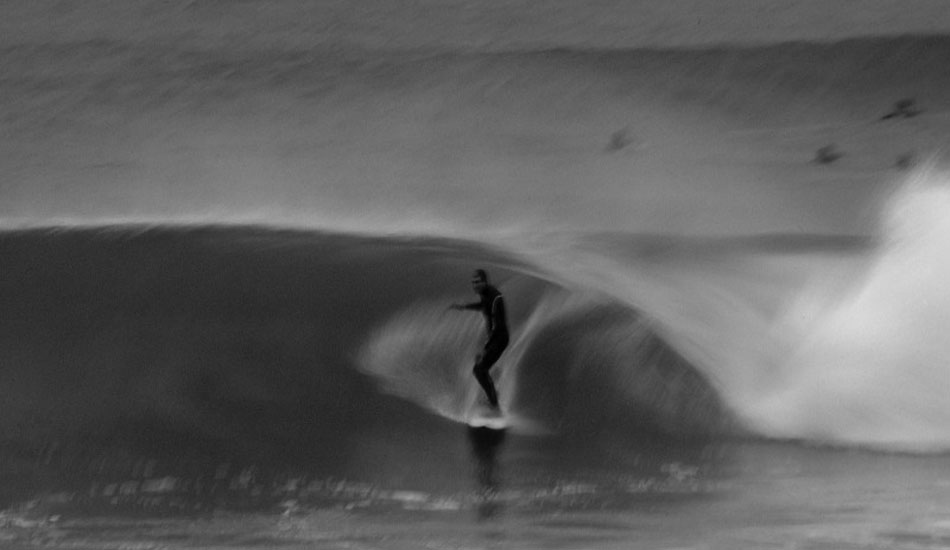 Nat on the inside of his home break. This was taken in the evening with a bit of rain. I was shooting 35mm film and the only way to get a good exposure in the darkness was to slow the shutter, stoked on the way it came out. Photo: Cyrus Sutton. 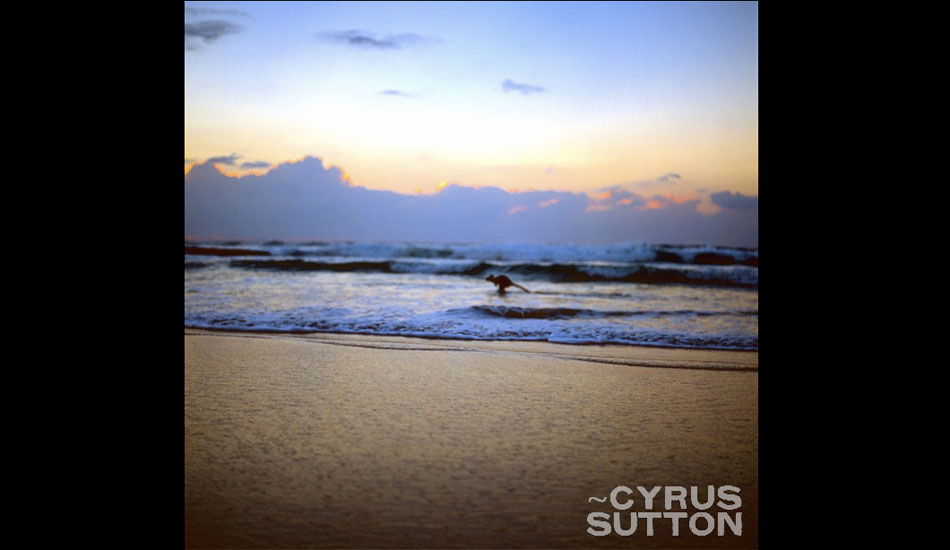 People always ask me if this is photoshopped. It happened during the first week of filming for Under the Sun at daybreak. Rasta and I would wake up before dawn everyday and head down to a little reef up the road during a small run of clean East swell. This morning I ran down the beach hoping to get some good b-roll of Rasta coming out of the trees when I noticed a small kangaroo hopping down the beach. I grabbed my Bolex and Hasselblad and ran down to water's edge. The little fella was startled by my sudden movement and hopped into the water a bit keep a safe distance. After that, Dave paddled out and got some real nice tubes. That was a good day. Photo: Cyrus Sutton. 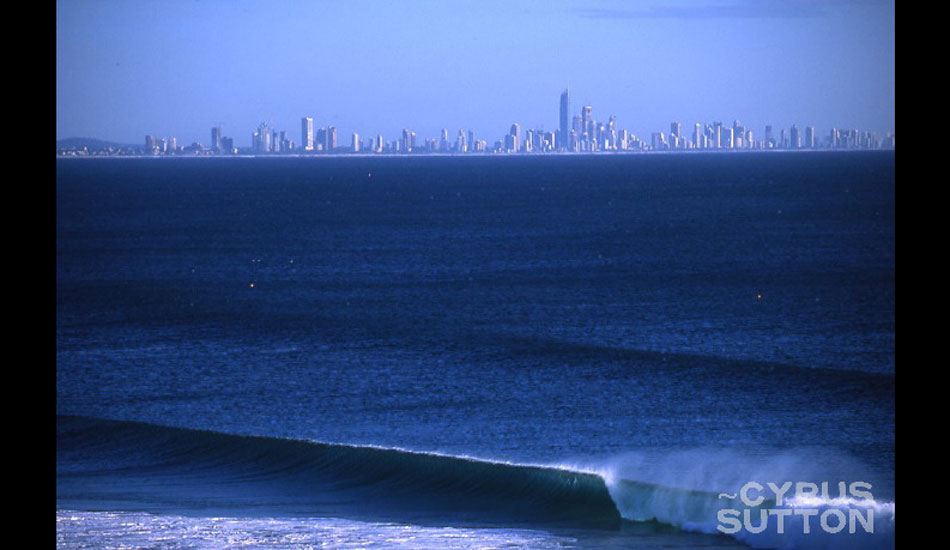 It's a misnomer that the waves on the Gold Coast are always packed. Kirra - 6 feet and lonely. Photo: Cyrus Sutton. Cyrus Sutton is the Creative Director/Filmmaker at the ever-popular Korduroy.tv. Although his surfing speaks for itself, it’s been his filmmaking that grabbed the attention of the masses. Sutton received an Emmy award for The Next Wave: A Tsunami Relief Story in 2005, and has worked on Riding Waves, Tom’s Creation Plantation, and most recently, Under the Sun. A documentary film shot in Byron Bay and the Gold Coast, Australia, Under the Sun looks at where the commercialization of surfing stems from. Shot in super 16mm, it stars Dave Rastovich, Nat Young, Beau Young, Rabbit Bartholomew, and Dean Morrison.

Under the Sun DVD is now available at Korduroy.tv and includes 75 mins of bonus surfing, deleted scenes and making of special features.