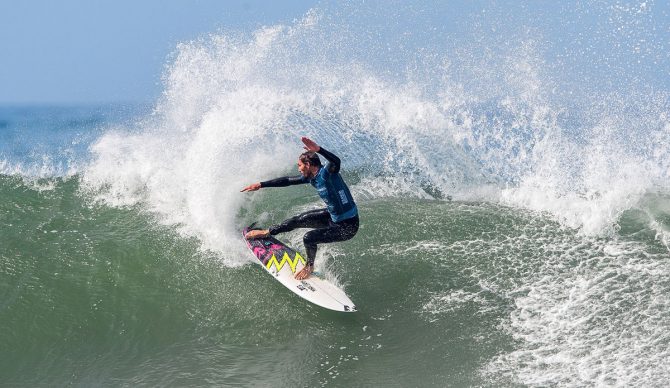 “Freddy” at the 2020 MEO Pro Portugal, where he took down Italo Ferreira to win it all in his home country. Photo: WSL

Late Friday evening in Tokyo (about 4 a.m. Friday morning Pacific Standard Time), Olympic surfer Frederico Morais announced that he had tested positive for COVID-19 and will be unable to represent Portugal at the upcoming Games in Tokyo. The regular-footed surfer’s statement on Instagram (below), read that despite this being “likely the saddest video I’ve ever had to post,” he will be there with his fellow Portuguese Olympians in spirit, and is looking forward to making his own Olympic debut at Paris 2024, where the surfing will take place at Teahupo’o in Tahiti, French Polynesia. It’s an arena he knows well from the World Surf League’s Championship Tour, where he currently holds the Number 11 spot.

“Freddy” as he is sometimes known on the CT, was the only male Portuguese surfer set to compete in the Olympics, but female surfers Yolanda Hopkins Sequeria and Teresa Bonvalot will make sure their wave-rich country is represented in surfing’s Olympic debut. It must be a massive let down for Morais, who has planned for Olympic competition since he qualified at the 2019 World Surfing Games.

“I was very careful. I have been fully vaccinated for over a month, but I ended up contracting the virus,” Morais said in a statement released by Portugal’s Olympic team. “I feel fine and I will carry out my isolation. I will be following every second of our team.”