Pot in Surfing: Who Gives a Shit? 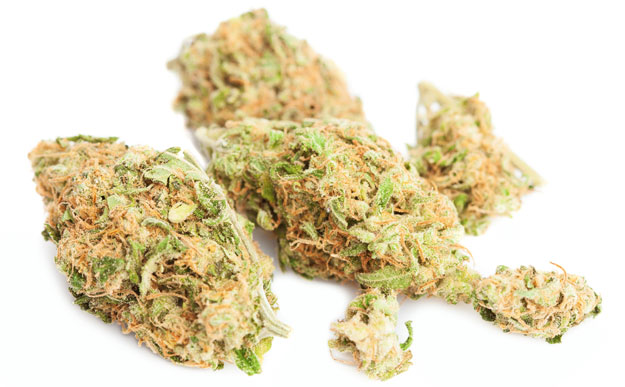 Good for sleeping and Mario Kart, not enhancing your surfing. Photo: Shutterstock

This is a bit odd for me to write, because I haven’t done any drugs in almost ten years. While most people smoke pot and get hungry and happy, I turn into a raging lunatic, throw up, then fall asleep. The last time I got stoned was by accident. A few years ago, on our way to go fishing, my friend played a joke on me, telling me the cigarette laced with weed he rolled me tasted like weed “because it was in a box with a joint.” I had to leave for a few hours to retch quietly in a bush by myself, trying desperately to keep the vomit out of my waders. Apart from that, though, I’ve gone pretty light on the illegal substances. But who gives a shit if someone smokes a little pot before surfing in competition? Since when has weed been considered a performance-enhancing drug?

Back in 1998, when snowboarding made its first foray into the Olympics, it was largely in the same place that professional surfing is now: there were professionals and contests, but by people on the outside, it wasn’t considered quite yet to be a mainstream sport. Both surfing and snowboarding still hold onto that image, although for both, that image is extraordinarily transparent and mostly exists now in the form of a marketing tool. Surfing’s contests now are much bigger than snowboarding’s contests were then, which is just a product of the exponential growth of the action sports industry, and not an indicator of its inclusion into the mainstream.

In the ’98 Olympics, the first person to win an Olympic gold medal in men’s snowboarding was a man named Ross Rebagliati. The medal was stripped soon afterwards when he tested positive for Tetrahydrocannabinol, which as everyone knows, is the fun part of pot. Eventually though, the decision was overturned, and Rebagliati got his medal back – deservedly so. Marijuana is most definitely not a drug that’ll make you do much of anything better, except maybe Mario Kart and sleeping. Interestingly enough, after the Canadian government (forward thinking as they were before their current struggle against the near-dictatorship of Prime Minister Stephen Harper) gave the go-ahead to the privatization of prescription-based marijuana distribution, Rebagliati jumped on the pot-wagon, embraced his own legacy as snowboarding’s Spicoli, and opened up a marijuana distribution center called “Ross’ Gold.”

The point that I’m making here is that the Olympics gave him his medal back. At the time, THC wasn’t on the list of banned substances. If someone can do something better than everyone else when they’re stoned, chances are they can do it WAY better than everyone else when they’re sober. And although that probably wasn’t written down as one of the reasons the Olympics reversed their decision, I’d bet my shirt (it’s new) that at least one person on the council thought of it.

In August, the International Surfing Association stripped Australian surfer Mark Richardson (not to be confused with Mark Richards, who, based on the era of his reign, never touched the stuff) of his gold medal in the 2011 World Masters Surfing Championships. He tested positive for the same drug that threw Rebagliati under the bus: THC. Incidentally, the decision to take his medal was made two years after they gave it to him, which seems like a longer than usual waiting period. Richardson’s problem, however, wasn’t the time that elapsed, but the fact that although THC wasn’t on the list when Dimebagliati was smoking it, it had since been added by the World Anti-Doping Agency (WADA). And thus, no medal for Richards.

So why the hatred for a drug that won’t actually help you surf better? I can see a hatred for something that might help – cocaine for big waves, for instance, or HGH for stamina and power. Take the Santa Cruz guys and their (alleged) meth-induced big-wave rampages. I’m sure that in some way, shape, or form, methamphetamines helped a few of those sessions. All I’m saying is that, if someone wanted to improve their performance, there are drugs that make a lot more sense to take than pot, and it’s not the role of sports leagues to police federal laws. That’s for cops. Actual cops.

The ISA has been testing for drugs  at their contests since 1992. A little late to game, in 2012, the ASP unveiled their drug testing policy in an attempt to align themselves with other sporting bodies that subscribe to WADA’s code.  The reasoning for this alignment has always been passed off as an in-road to the growth of the sport, which to some, just sounds like an excuse to make more money. But just one short year after the ASP’s unveiling of their policy, they came under fire for not testing as much as they said they would. In an oft-quoted interview with The Courier-Mail, Kelly Slater spoke out.”They tested us at the first event and I never got tested again all year,” he said. “Why talk about it and not do it? Why bother? Either do it or don’t do it.”

I don’t disagree with professional sports banning performance-enhancing drugs (although I’d LOVE to see a forum where athletes could take whatever they wanted and bang into each other with no padding). What I do disagree with is the inclusion of marijuana on the list. Shouldn’t “banned substances” and their relation to sports be limited to performance-enhancing substances? The ASP or ISA isn’t charged with upholding the law – which, especially in the case of marijuana, is becoming less and less clear, so why are they doing it?