Prototyping During the Pandemic: Teddy Kahn on Creating a Board Bag for ‘Dirtbags’ 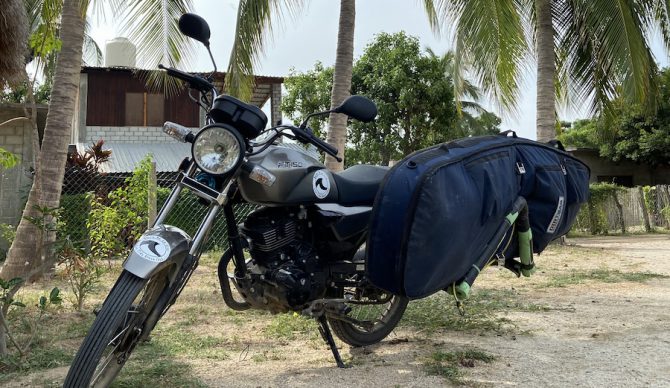 Innovation is at the core of modern surfing. We’re always looking for new board technology, warmer neoprene, and better ways to protect our boards while traveling. A couple years ago, Teddy Kahn of DirtBag Supply Co. hit upon an idea that fits into the last category – what if there was a boardbag that took the hassle out of transporting a surfboard, allowing the traveler to seamlessly transition from plane, to taxi, to rental car? But the road from crude napkin sketch to final product is a long one, made all the more arduous by a worldwide pandemic. I got to chat with Teddy about the process and get  insight into  what he calls, “the most protective and innovative surfbag on the market.” 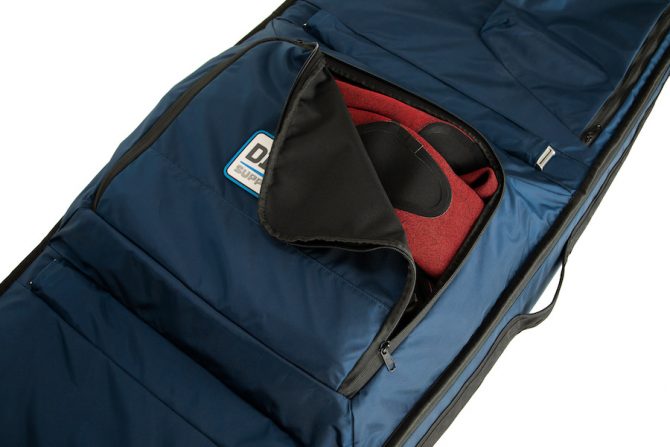 With plenty of room for wetsuits, fins, and clothes, the Dirtbag is a one-bag solution. Photo: Dirtbag Supply Co.

How did Dirtbags start for you?

I feel like there’s really two major pain points associated with transporting a surfboard. First is protecting the board on an airplane. The second is strapping it onto the top of a car. So I got to thinking, what if there was a bag that could provide superior board protection for flying and be easily strapped to the roof of a car, in a way that you didn’t have to coordinate having soft racks or dealing with hard racks? It would be all in one system and it could eliminate a lot of the chaos of traveling with surfboards. Combining those two experiences just grew into a product idea.

First of all, it’s important that you do a ton of market research to make sure that your idea doesn’t already exist and that there’s an actual need. I did searches on Google Patents to see if there was anything similar, and didn’t find anything. And from experience I had a feeling this is something that a lot of surfers could relate to. So that’s when I gave myself the green light to actually go ahead and start developing. 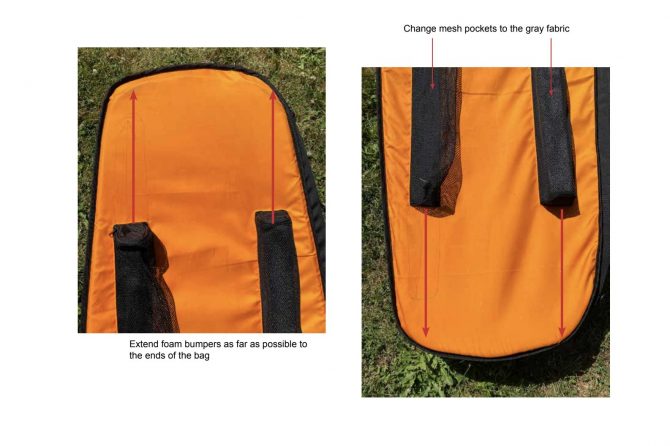 “I was really blessed to have gotten our product dialed after four prototypes,” says Teddy. Photo: Dirtbag Supply Co.

I then went on Upwork and found an incredible designer who was previously the head bag designer at a big outdoor company. Having someone with industry knowledge was huge in making important decisions like materials, dimensions, what kind of zippers we’re using, where to place our pockets, the real nitty gritty stuff like that.

I wanted to be as much a part of the process as I could, so I researched different materials and their heat resistance, waterproofing, abrasion resistance, different types of foam, etc., and wrote down all my ideas. I was blown away by how cheap the initial designs were because I put in so much work on the back end that all the designer had to do was go on his software to do the mock ups. I also think it’s great in general to be knowledgeable about every single aspect of your product and your business so that, as you grow, you’re able to continually play a part in the development.

Tell us more about the process of working with a designer.

It’s sort of like working with an architect, where you have this vision for what you want your house to look like, but you need someone with expertise to come up with the blueprints, so that by the time you hand it off to the builders, or in my case, a factory, they can just run with it.

The great thing about working with freelance designers that have industry experience is that they’re able to open doors to factories for you. And so, it was very easy for me to find the factory I work with and get a prototype built. And the great thing about prototypes is they’re free. All you have to do is pay for shipping. 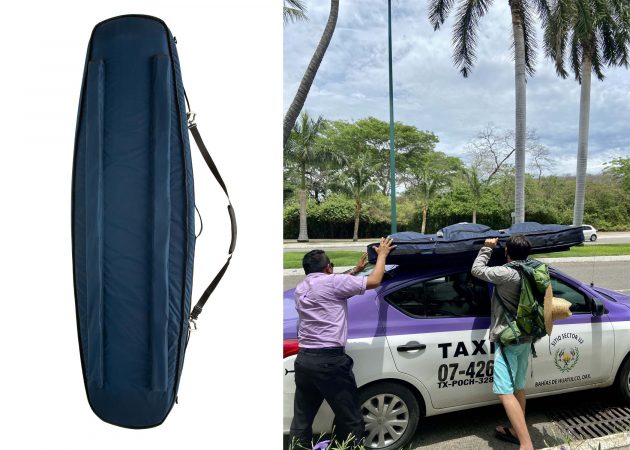 The URS is the ket to the Dirtbag design, with integrated soft racks on the underside of the bag. Photo: Dirtbag Supply Co.

Where does patenting come into it all and have you done anything on that side of of things?

Patenting is huge. I started patenting the product when the prototype started to look good and I was really ready to commit to building this company out.

Talking to the patent lawyers, essentially engineers with law degrees, was a great exercise for me. They asked me questions like: “do you ever see yourself making other bags with similar technology?” And I said “yeah, absolutely.” I’m looking to make ski bags at a certain point. And so they looped that language into the patent. It was really beneficial to get another set of intelligent ears to help flesh out the idea and expand the platform as broad as possible so that people can’t encroach on it.

What were some key details that you worked into your patent?

In our case it’s the combination of having these soft racks integrated into the bottom of the bag as well as straps that are integrated at the top. We call this the Universal Racking System, or URS, because this system allows you to secure the bag to the top of any car regardless if it has an existing hard rack or not.

Imagine you’re flying to somewhere like Mexico, you’re landing at the airport. You might be taking a taxi or renting a car, and you don’t know if they’re gonna have a rack or not. So instead of packing soft racks or rack pads, with the Dirtbag, all you have to do is throw the bag on top of the car and strap it down. If it has hard racks, the padding on the bottom of the bag ensures that your boards are protected, and if the car doesn’t have racks the bag has one built in. 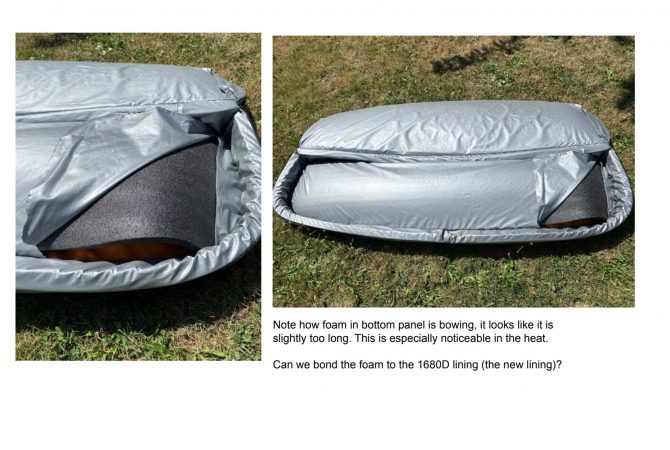 Circling back to prototypes, what were some of the changes that you were making with those iterations? Can you give us some examples?

Yeah, so it really comes down to you have this glorious idea that’s perfect in your head, and then there’s the process of trying to get as close to that vision as possible. Receiving the first prototype was exhilarating. Just having something tangible to work with was a big milestone, but there were plenty of issues.

For instance, we wanted to build the most protective surf bag on the market, but the first prototype had so much padding that it warped the shape of the bag to the point that zippers wouldn’t function reliably. Dialing in the correct amount of padding was one of the first things we addressed. And we just repeated this process of testing prototypes, identifying weak points, and communicating our findings back to the factory so that they could produce a new prototype.

My project manager at the factory was essential in implementing feedback and new designs. Cultivating relationships with people on the ground is key. She did an incredible job overhauling one prototype after another. It took well over a year of nonstop communication with the factory, mountains of research, numerous logistics/supply chain issues, and four prototypes to build the Dirtbag in its current form. 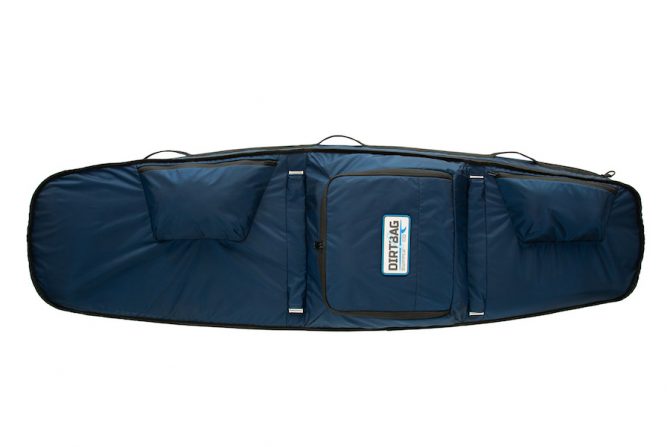 The Dirtbag, in all of its final-product glory. Photo: Dirtbag Supply Co.

I’ve been meaning to ask you about the COVID-19 side of things. We’ve all been hearing about the challenges  companies in the surf industry have faced, both in sourcing materials and in shipping. Have you come up against this?

Yeah, absolutely. The most frustrating thing for me was how drastically shipping prices were fluctuating from one month to the next. Getting 75 bags imported to the United States could cost anywhere from like $1,000 to $6,000. It was an absolute Russian Roulette when it came to choosing when to ship, and I got really lucky, in the month that I chose to have our bags imported, to have costs on the low end of that spectrum.

But, because of how backed up the Port of Los Angeles was — and still is — it was just one delay after another. Everything from getting into the port, to unloading, to finding a truck driver. In the end the shipment arrived almost two months late. Everyone’s on the losing end of these delays except the shipping companies. They literally can’t keep up with demand so they keep jacking up prices.

Another thing that was quite difficult due to the pandemic was trying to set up a streamlined supply chain. Vietnam, where we manufacture, is a great place for this as they have almost all the materials that we need. The only thing that we couldn’t source from Vietnam was the metal cams that go on the straps, which had to come from China. Because of COVID-19, many of the factories in China were pretty much sold out and when they did have what we needed it couldn’t be moved efficiently. Our bags actually got delayed about three weeks because the metal cams couldn’t be shipped on time from China. It’s amazing how one small component can stop production across the entire process. 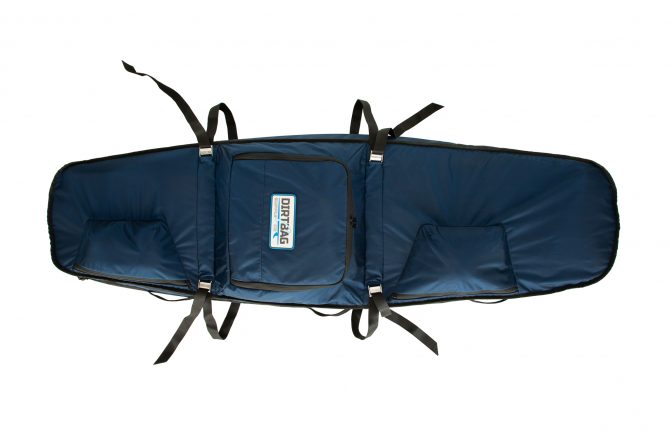 “Our bags actually got delayed about three weeks because the metal cams couldn’t be shipped on time from China.” Photo: Dirtbag Supply Co.

Right, so I imagine it’s pretty important to build in room for error? You’ve got to be willing and able to kind of eat those time delays.

Yeah, and being creative about how you can mitigate those time delays is one of the challenges of being a small business that manufacturers overseas. The factory is pretty distracted by its larger clients, and so as a small business it’s really important to stay active. I did research into other vendors of our materials, sent out emails with bids, and did a lot of that work on my end, and this helped us avoid some massive delays.

That’s something that anyone who wants to really build out an idea has to keep in mind is that you’re really doing a lot of the work yourself throughout the entire process. It’s an enormous amount of work, but when those bags finally arrived it was such a euphoric moment. To be able to come out the other end and still have a viable business is quite rewarding. 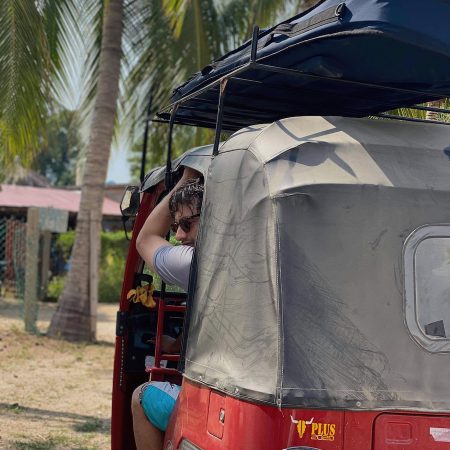 And I’m getting the most amazing feedback from product testers. People are telling me that the bag not only looks really cool but the padding, the functionality for strapping it to the top of the roof is saving people time and stress. That really makes it all worth it, when you hear someone really enjoys the product, and is benefiting from your vision. I’m stoked to be making people’s lives easier, and helping get their boards safely to the ocean.