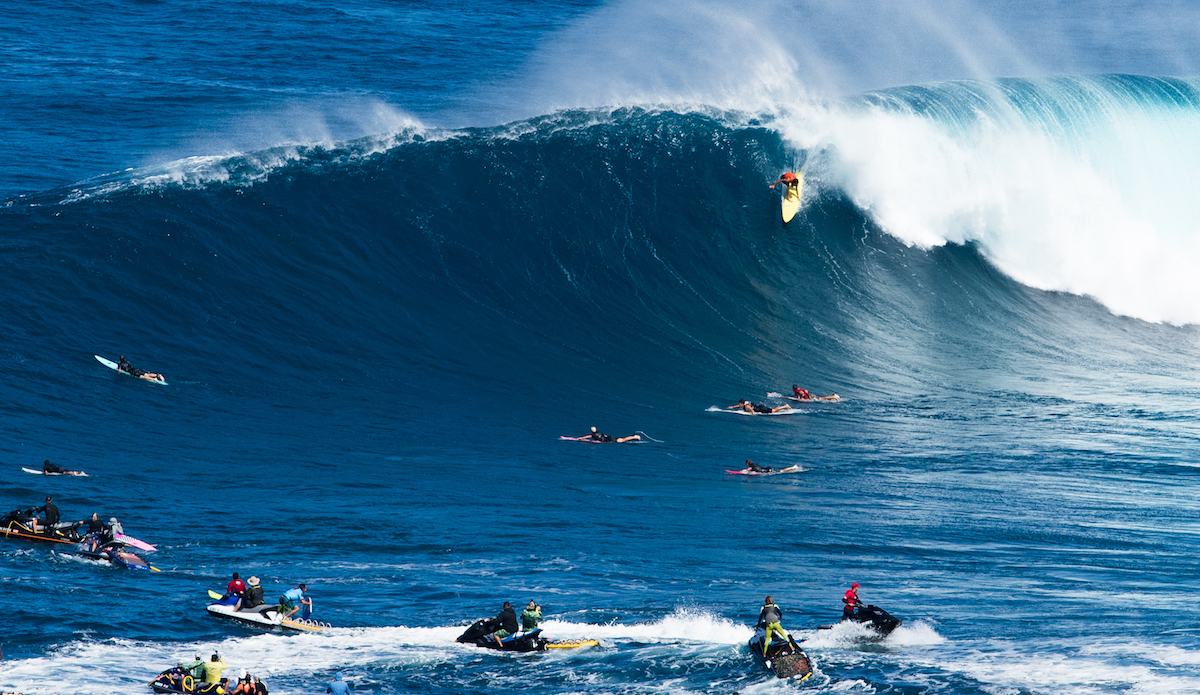 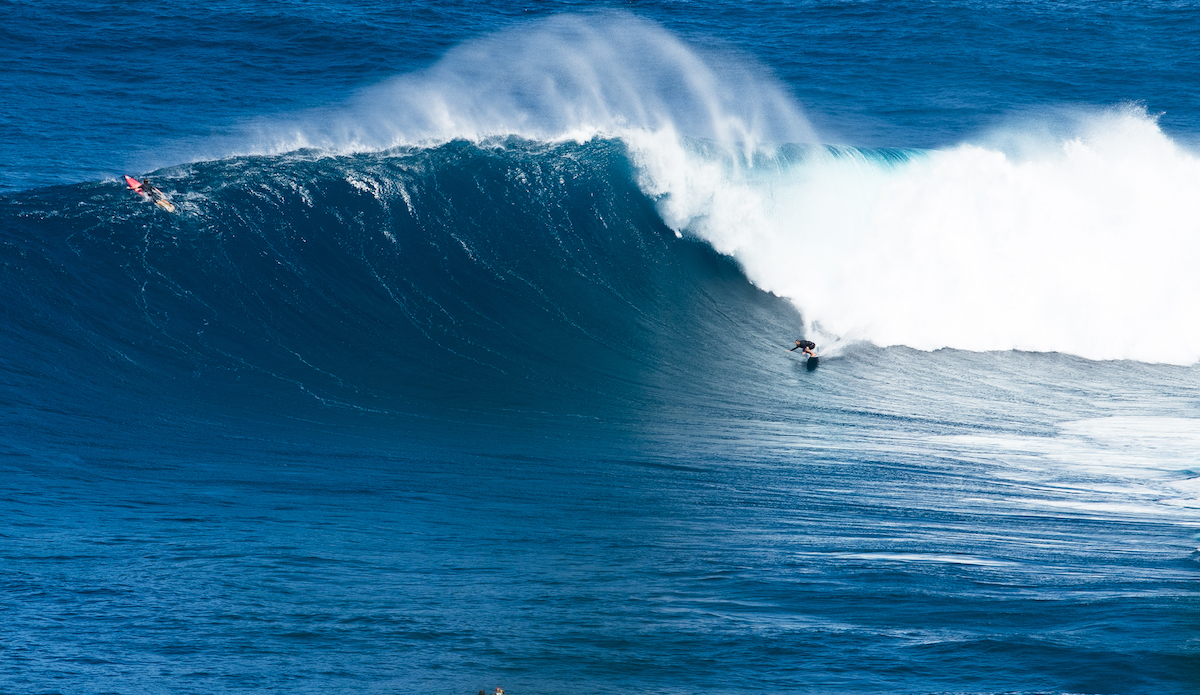 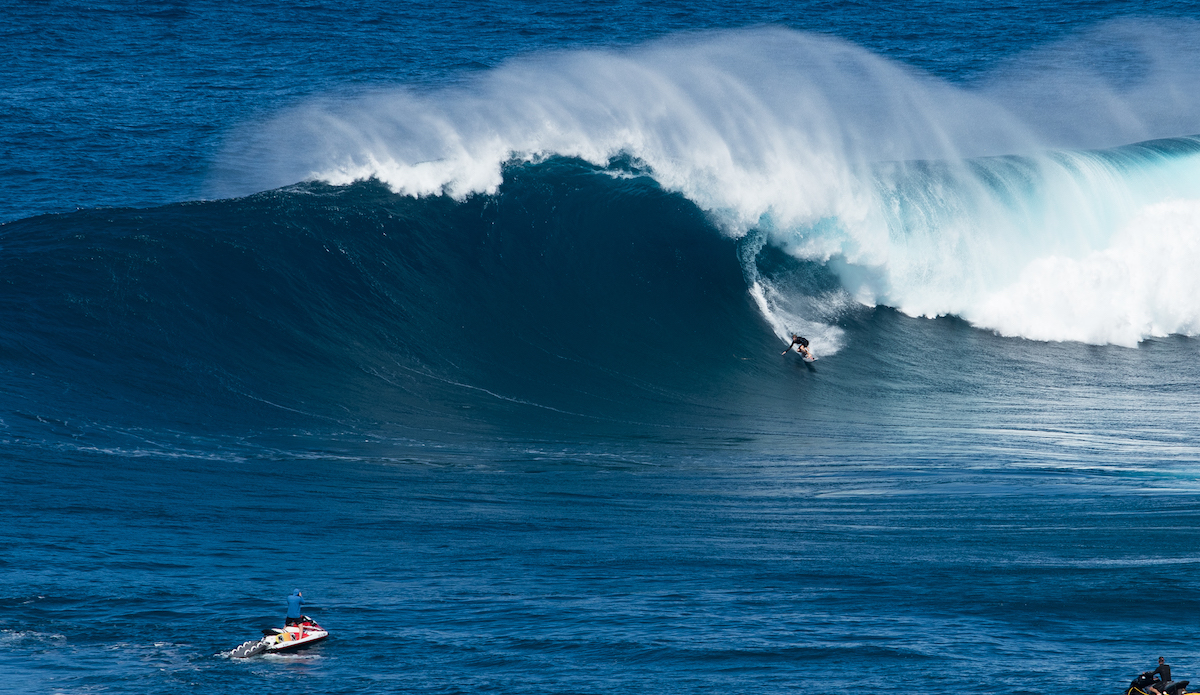 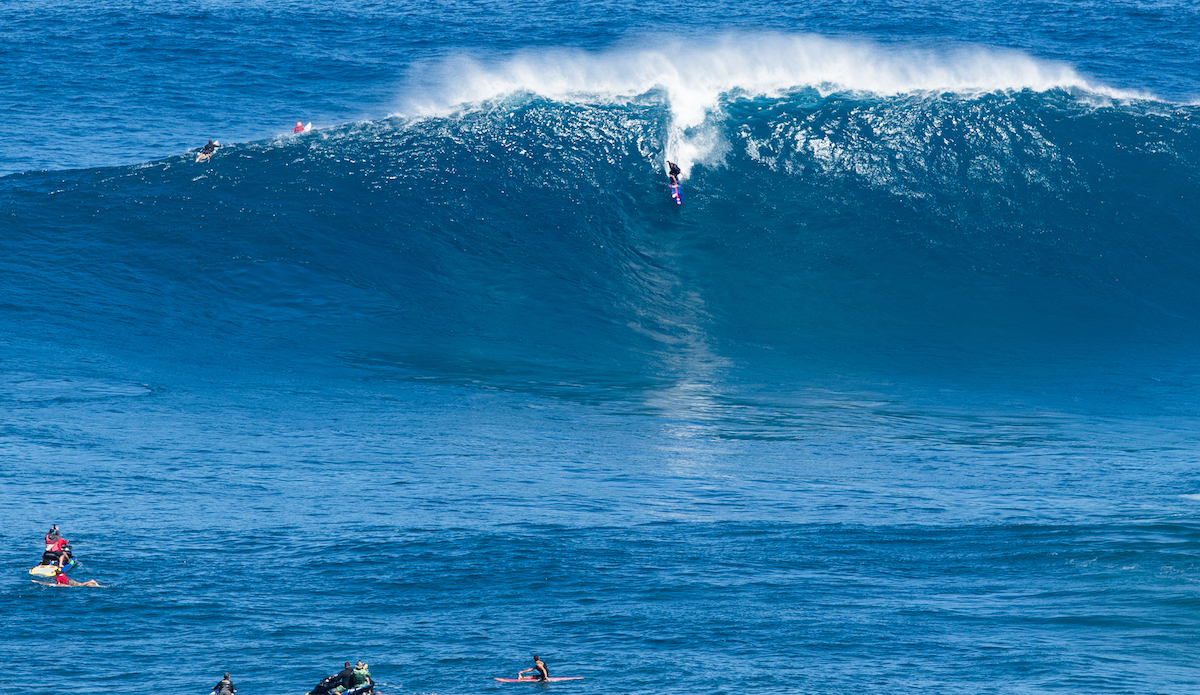 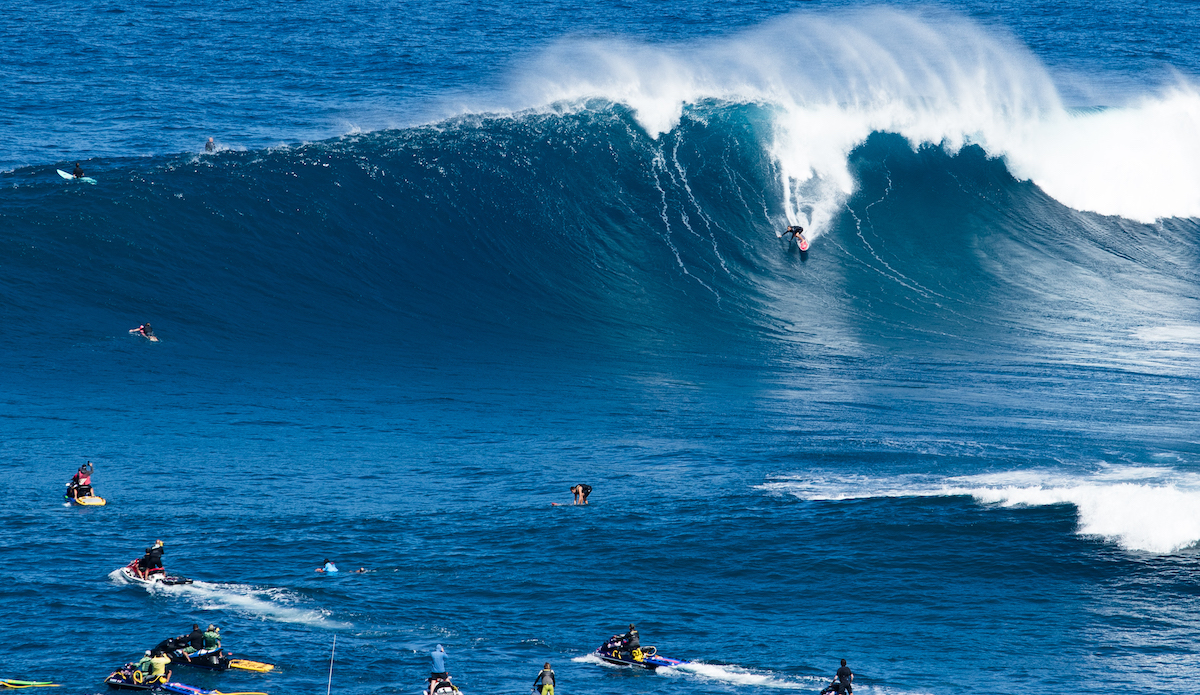 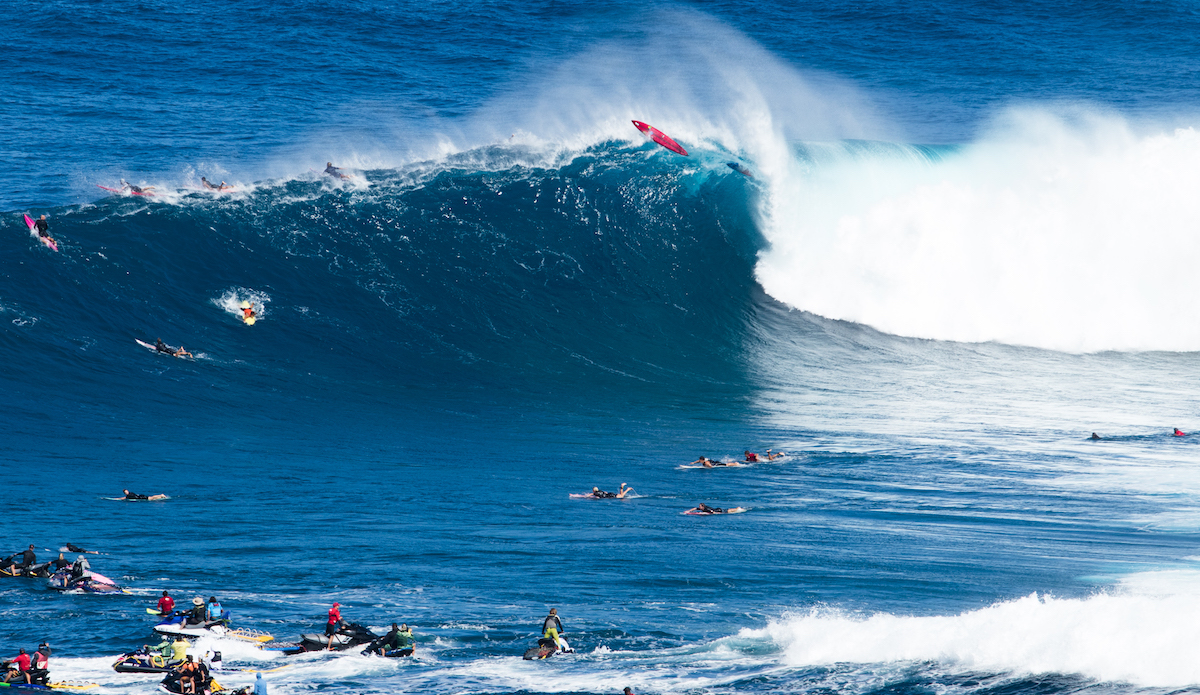 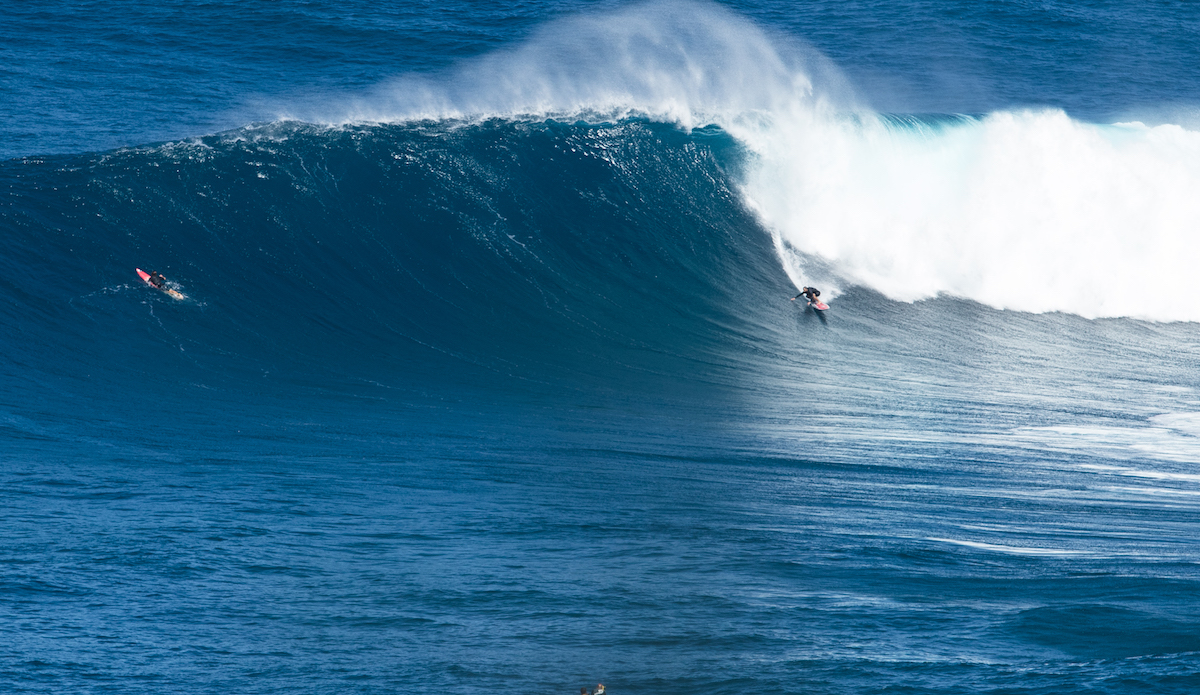 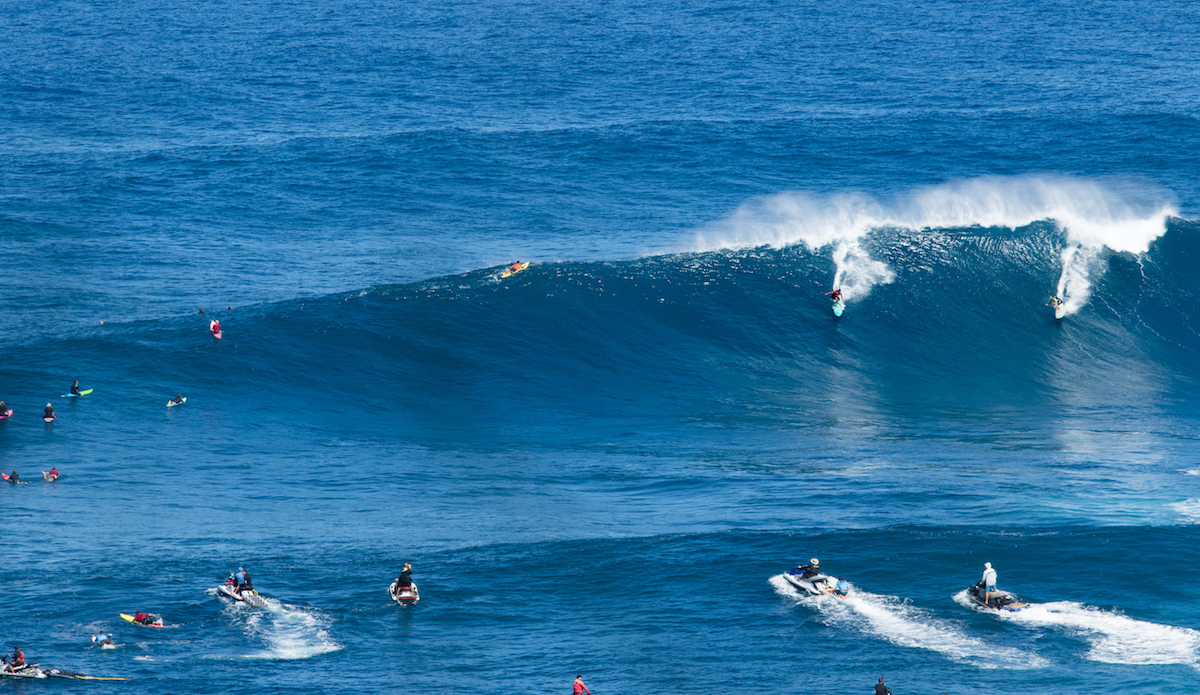 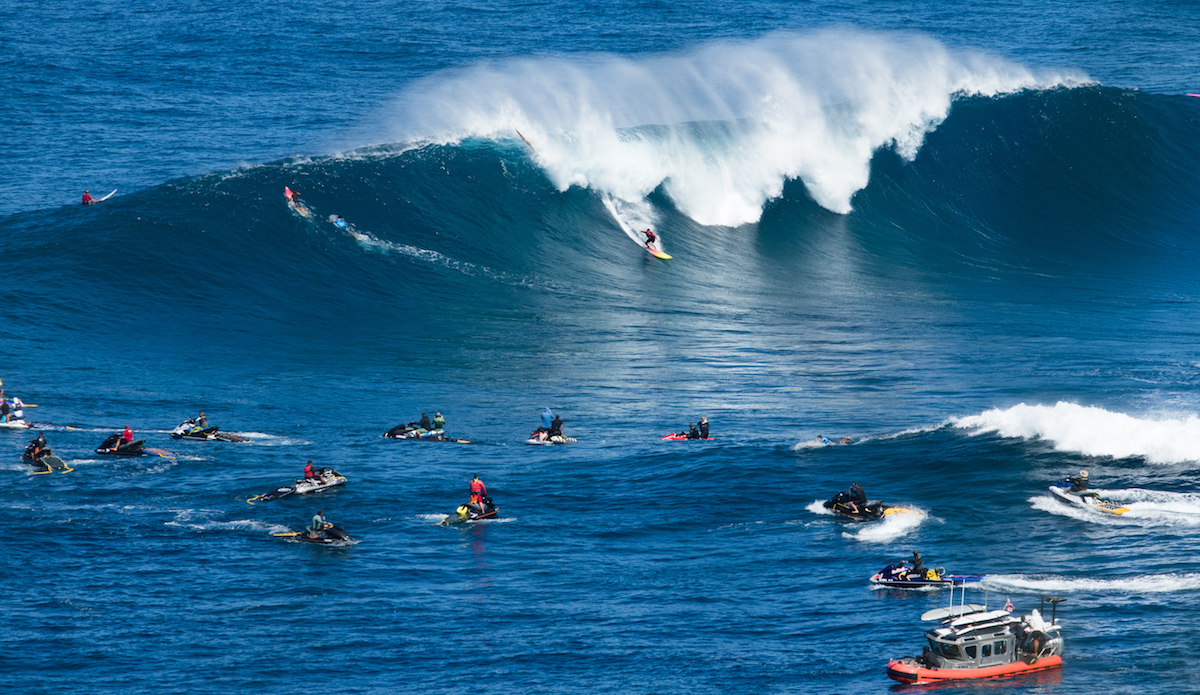 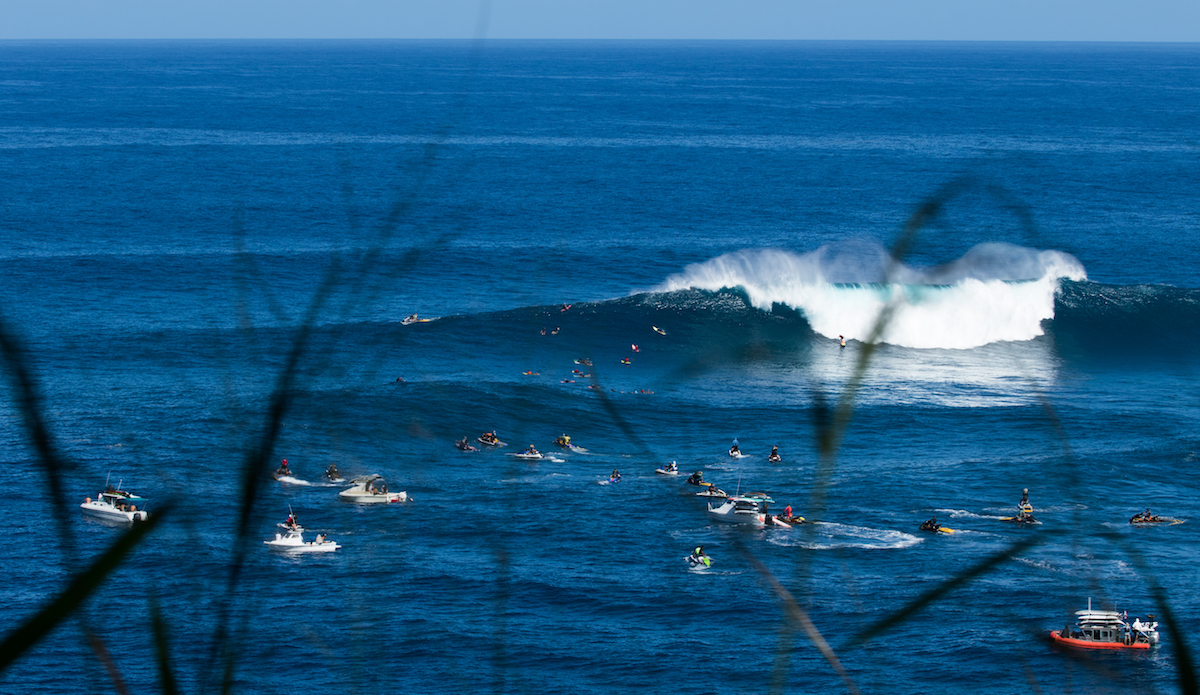 Controlled chaos was the best description of the scene in the channel. Photo: Patrick Murphy 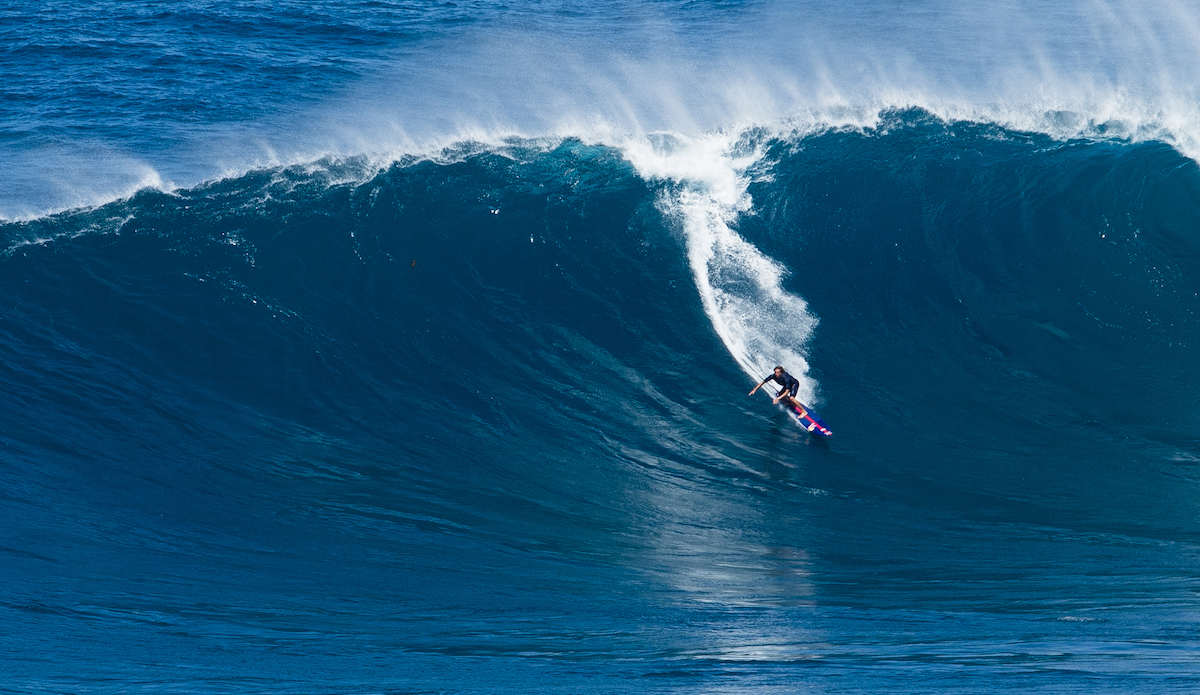 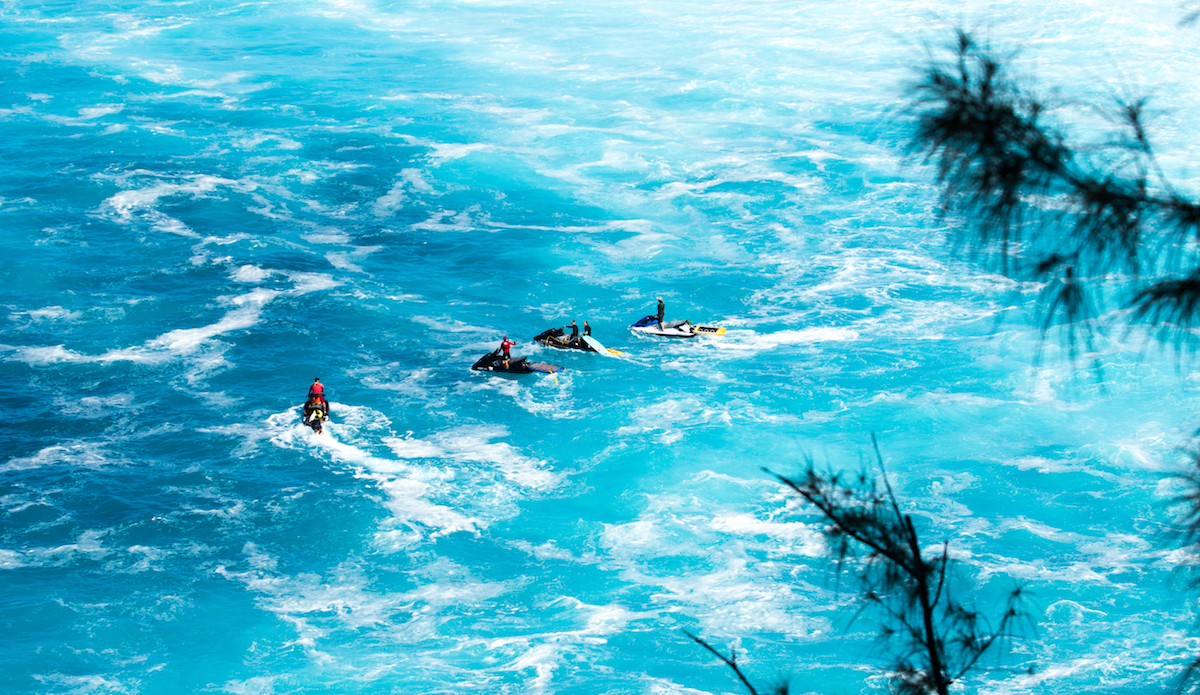 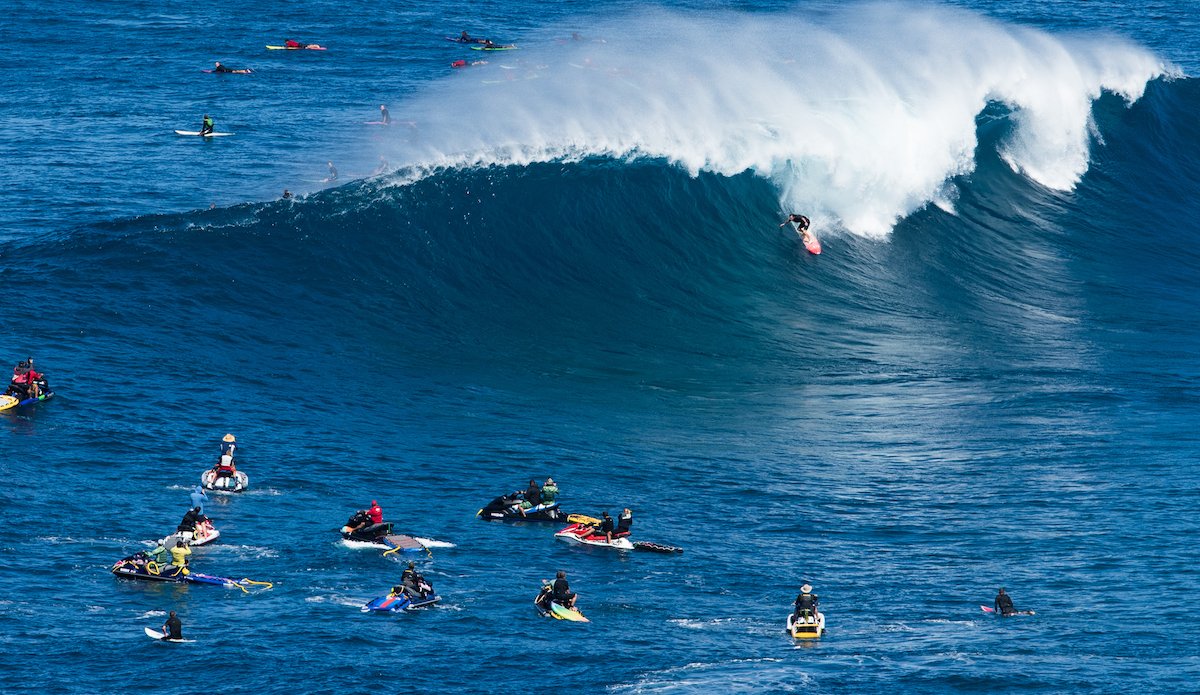 If you’re anything like us, you likely follow a number of the world’s best big wave surfers on Instagram and couldn’t help but notice that the majority were headed to Maui chasing a purple blob on the swell charts.

As it happens, on Thursday said purple blob marched toward Jaws with light winds in the forecast for much of the day, and some pretty insane rides went down. Maybe you saw Billy Kemper’s tube ride that he called “the best wave of [his] life?” Yeah, it was that good.

Thankfully for us and the rest of the folks at home, master lensman Patrick Murphy was on hand to capture the action from the cliff. Whereas at other surf locales, distance tends to create the illusion that the surf is less consequential, vision from the muddy cliffside at Jaws tends to add to the gravitas. Standouts like Billy Kemper, Kai Lenny, and others appear like ants on the face, their nine-foot-plus equipment look like  toothpicks, and the beauty and ferocity of a bright cerulean cavern of Hawaiian energy frozen in time is no less frightening.

Here’s what Murphy said about the day: “Took a walk down a long muddy road and found some big blue monsters. Pe’ahi was as dreamy as it gets. A complete turn around from the last two weeks of stormy grey days. Surfers included Billy Kemper, Nathan Florence, Matahi Drollet, and Kai Lenny.”