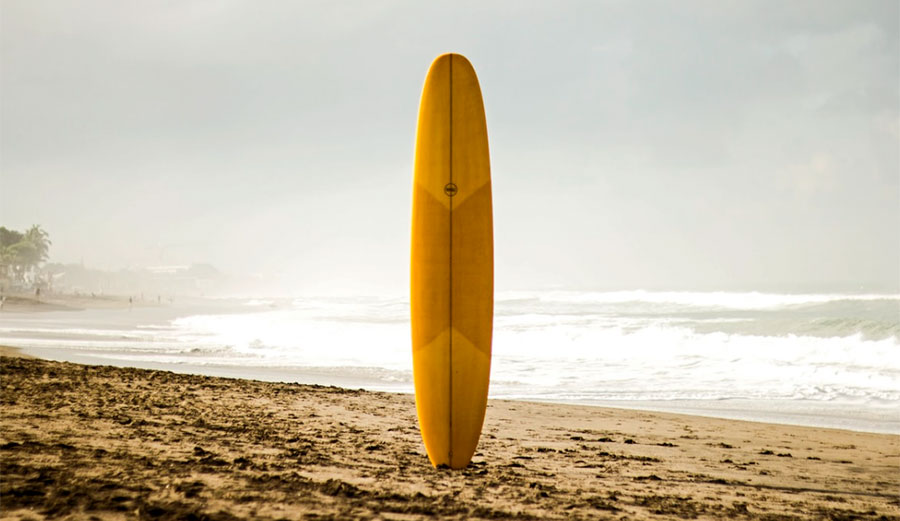 Sea n’ Soul is a social marketplace dedicated to reselling outdoors items and reducing our impact on the planet. Photo: Unsplash/Dendy Darma Satyazi

Editor’s Note: This feature is presented by our friends at Sea n’ Soul.

Surfers in general are a little more concerned with the environment than most. It might be an appreciation gained from time spent in nature, or perhaps surfers are inherently drawn to surfing because of their appreciation for it. Whatever the case may be, people who ride waves seem to be more aware of the environmental impacts human beings have on the planet. Which can be a hard thing to reconcile with, since surfing ain’t all that great for it. Sea n’ Soul, however, is aiming to make a dent in those impacts.

Sea n’ Soul is a relatively novel idea in the action sports world: it’s an app that’s a social marketplace for outdoor-adventure gear and apparel. Think of it sort of like a high-end Craigslist or Facebook Marketplace devoted solely to lightly used gear such as surfboards, skateboards, snowboards, mountain bikes, kayaks, boots, jackets, and vintage items related to the outdoors.

There’s a kicker, though. Unlike Craigslist or Facebook Marketplace, Sean n’ Soul gives a portion of every single transaction to nonprofits, including the Surfrider Foundation and Outdoor Alliance. Sea n’ Soul, unlike transactional marketplaces like the ones mentioned above, separates itself by educating users on how they can help do more to protect the environment. And, if you’re a Sea n’ Soul user, it’s likely you’re already interested in doing exactly that.

Sea n’ Soul is the brainchild of a man named John Kozlowski, an avid surfer and environmentalist. For years, he worked as an executive in the fashion and apparel world, with roles at massive companies like Ralph Lauren and GQ magazine. It was in those roles that he noticed an issue that’s been plaguing humanity for years.

“I read many articles about how we as an industry are damaging our home planet by way of overproduction of goods that are not necessarily needed,” Kozlowski explained. “At the same time, I saw a trend emerging: resale platforms like The RealReal and Poshmark were exploding in popularity, but there was nothing like this for the outdoor-adventure marketplace.”

The goal of Sea n’ Soul is to make selling all that dusty, unused gear a person might have in their storage shed garage as easy as posting to Instagram. And by all measures, it succeeds. Just take a picture or a video of the item you want to sell, upload it onto the Sea n’ Soul app, and fill in the price and condition of it.

Then, it’s instantly posted so users can easily purchase it. The app has popular categories, so finding a particular item — say a surfboard or a mountain bike — is simple. Users can make an offer or simply buy the item for the listed price, then choose between having it shipped or, if it’s in their area, picking it up in person.

Reusing things has been a tough package to sell — throwaway culture is real, especially in this day and age — but it’s catching on. Patagonia, for instance, has a program that lets the buyer send Patagonia items back for a (usually) free-of-charge repair. More and more outdoorsy people are realizing that brand new doesn’t necessarily mean better, especially when looking through a green lens.

Not only is reusing items better for the environment, it makes doing fun things a lot more affordable. “We wanted to make these recreational activities accessible to everyone, and by creating a marketplace where you can purchase lightly used gear for a hefty discount we are lowering the entry requirements,” Kozlowski said. “Not to mention, if you try out a sport that you don’t end up loving, you can put your gear up on Sea n’ Soul and recoup some of your expenses.”

Right now, for example, Sea n’ Soul has a Greenline Cruiser Bike for only $85. There’s an almost brand-new 6’1″ Firewire Spitfire for $450, an almost-mint condition 5’7″ Firewire Seaside for $550, and an absolutely beautiful 9’6″ Becker Mitch Taylor model longboard (fin included) for only $650. Deals on deals on deals, right?

If more of us would start thinking a little less about the new and shiny toy and start thinking about our old and beautiful world, we’d all be a lot better off. Which is exactly why Kozlowski started Sea n’ Soul.

“Our mission is to inspire the world to use what has already been produced, reduce the demand for new products that are not needed and promote conscious outdoor recreation while helping to save our home planet,” Kozlowski continued. “We live in a society of constant consumption where single-use and disposable items have become the norm, and, to combat that, I wanted to create a fully regenerative company. I truly believe business can and should be a part of the solution to give back to the world and help solve our climate crisis.”

Sea n’ Soul is currently available for download at the App Store and Google Play and can also be accessed at Seansoul.com. Follow them on Instagram here.