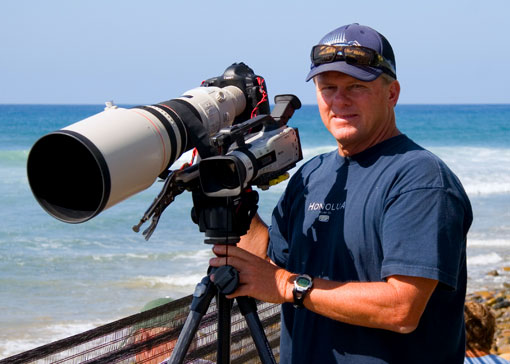 Sean Collins, Founder of Surfline, died at the Hoag Hospital in Newport Beach, California after suffering a heart attack while playing tennis in Orange County. Collins, 59, pioneered the concept of surf forecasting through a phone service called 976-SURF and Surfline, which he began in 1985. In 1996, Collins developed the first live surf cam, which, along with a proprietary surf forecasting system developed using raw data from NOAA, became the foundation for Surfline.com. Collins, who attended Long Beach Community College, never received formal weather education beyond a few meteorology classes. Today, Surfline is the Internet’s most visited surf website and provides data to lifeguard agencies across California, as well as to U.S. Coast Guard, U.S. Navy Seals, and National Weather Service.

“I’ve been in storms 100 miles out at sea, then surfed the same swells the next day,” said Collins in his Surfline biography. “I was always looking at charts to plan my surfing and sailing, and developed a keen sense about the ocean, which is at the core of what I live for today.”

Collins eventually sold Surfline in 2000, but remained President and Chief Forecaster for the organization. In 2001, Surfline incorporated as Surfline/Wavetrak Inc., and according to Quantcast the website reaches more than 500,000 people each month and features 200 live streaming cameras of surf spots around the world.

Surfline staff wrote that it is “in a state of shock” upon hearing the news, and posted a retrospective honoring Collins early this morning.

In 1999, SURFER Magazine included Sean Collins, who also pioneered the discovery of big-wave spot Cortes Bank, in a list of the 25 Most Influential Surfers of the Century, and in 2008 Collins was inducted into the Surfers Hall of Fame in Huntington Beach.

“I founded the site because I saw a need, but primarily because I wanted to follow my passions and wanted to control my own future. I believe the real secret of my success was to surround myself with really good people who could help to build our business,” Collins said.

Collins is survived by his sons Tyler and A.J and his wife, Daren. Information regarding a memorial will be made available as soon as possible.