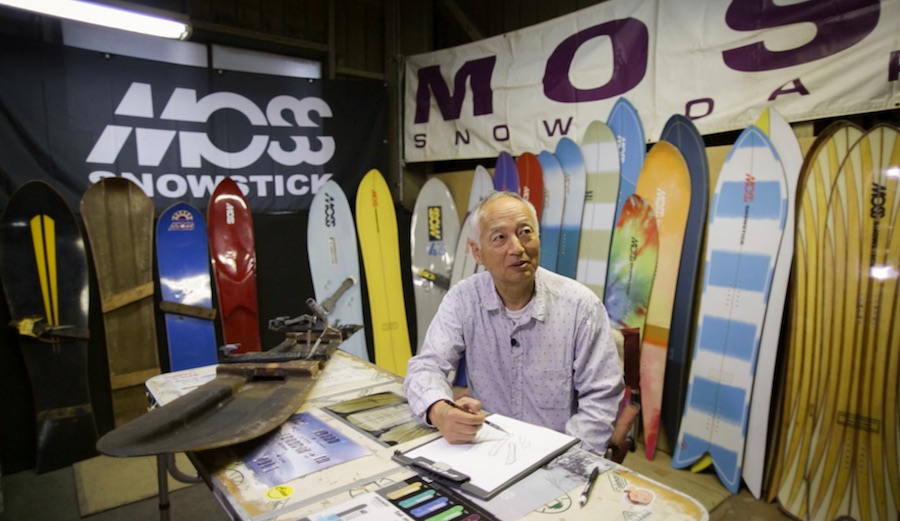 In the early 1970s, Shinzo Tanuma began developing a way to emulate surfing on snow. Now, riders sick of twin tips and double corks are turning to the style of riding and shapes he pioneered decades ago. Photo: Moss Snowstick

As anyone versed in snowboarding history will tell you, while the X Games version of the sport may look nothing like surfing aesthetically (save the halfpipe that’s basically a frozen wave), snowboarding is deeply rooted in surfing.

Early in snowboarding’s history, savvy manufacturers Stateside found a market in the American skateboard and punk rock scene and sold snowboards as a way to take skateboard tricks to the snow. Meanwhile, in Japan, the sport was known by an entirely different name, snowsurfing, and was being sold as a way to take the enjoyment of ocean surfing to the mountain. Ultimately, as we know, skateboard-inspired snowboarding became the dominant trend for decades and led to the twin-tip era of board design that still remains. But, slowly things are beginning to shift as riders eschew double corks and kink rails for Euro carves and pow turns.

In the U.S., we know the names of snowboarding’s early American pioneers by heart. Names like Jake Burton Carpenter and Tom Sims. But, given so many are now returning to the sport’s surfy roots, we recently turned to Shinzo Tanuma, the originator of snowsurfing in Japan and founder of Moss Snowstick, to weigh in on the trend and how the sport has evolved over the years from his vantage. 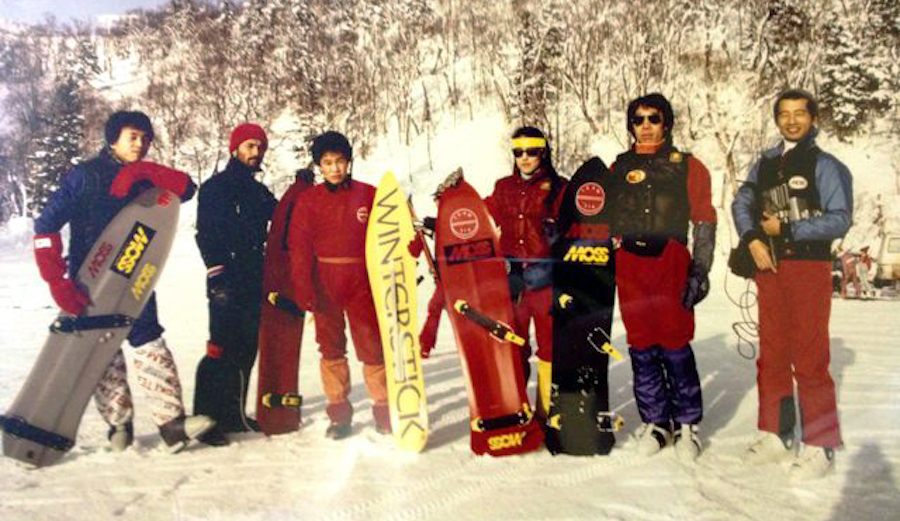 Can you tell me a bit about those early years when you first wanted to design equipment to emulate the feeling of surfing on snow? What were your early inspirations and how did you apply them to some of the first Moss prototypes?

In 1971, I started thinking about ways to replicate surfing in the ocean, but on snow instead. The first prototype had a bottom like a ski, right where the board comes into contact with the snow, and a deck side like a surfboard, but slimmer. We tested the prototype out at Akakura Ski Resort in Nagano Prefecture. But that board was similar to a Yuki-ita (pow surfer) in that it did not have bindings and was difficult to control freely.

Walk me through that evolution and the growth of snowsurfing in those days in Japan. Did it catch on right away?

In 1977, we developed an improved model equipped with bindings that changed the riding experience drastically. And in 1979, we started selling them for the first time. At first, it was just our surfer friends, but by 1981, we started hosting demo-competition events with surf shops and clothing stores that were interested in what we were doing, and we started selling our boards in those stores too. From 1982 to around 1984, we sold over 500 boards annually and we’ve gradually grown from there.

So snowsurfing was gaining traction in Japan, but were you all also paying attention to what was happening over in the United States with a skateboarding-inspired approach to snowboarding and the types of tricks that were being done in halfpipes?

I don’t think of snowboarding as a particularly different sport. Of course, tricks and jumps are a part of both surfing and snowsurfing. The halfpipe seemed to me like a manmade 3D slope with a riding style similar to skateboarding.

It’s the philosophy behind snowsurfing that I wanted to share. Snowsurfing culture is built around the idea of enjoying nature and leveraging nature for free play, the way you do when you’re surfing on the ocean.

How did snowsurfing develop and progress in those years separate from what was going on in the skateboarding-influenced worlds or even the backcountry segments?

We focused our efforts on developing snowsurf boards that allow you to take advantage of the natural terrain and packed snow within ski areas. Backcountry riding is great but it involves a lot of risk.

For at least the last two decades, twin tips have been the dominant trend across the industry. Now, it seems like many people are looking for a different feeling on the hill and are turning back to shapes that draw inspiration from surfboard design. In your mind, why do you think that is?

I think it is supported by those who are looking for something new and those who seek out a lifestyle in harmony with nature. 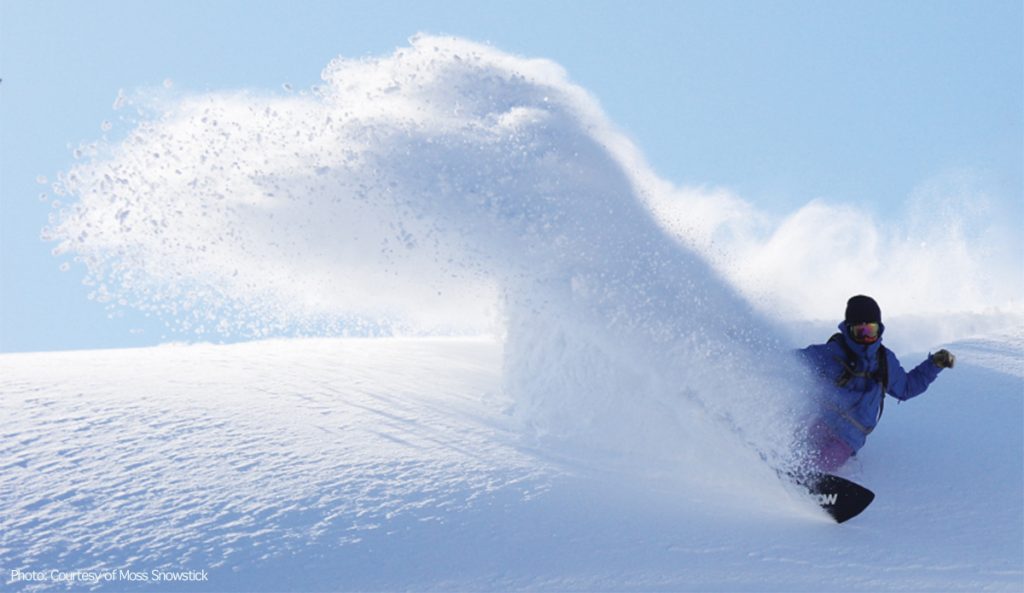 As the originator of snowsurfing, how does it feel to see the trend almost come full circle in a way? To see this trend really gaining momentum in the U.S., Europe, and Canada lately?

Globally, this movement has only just begun. On the surface, it appears that the trend is coming full circle, but I believe that the deeper understanding of snowsurfing is still just beginning to spread.

What do you think the future holds for surf-style riding?

I believe that the snowsurfing world will grow richer and in more creative ways as more riders and shapers find and love this culture.