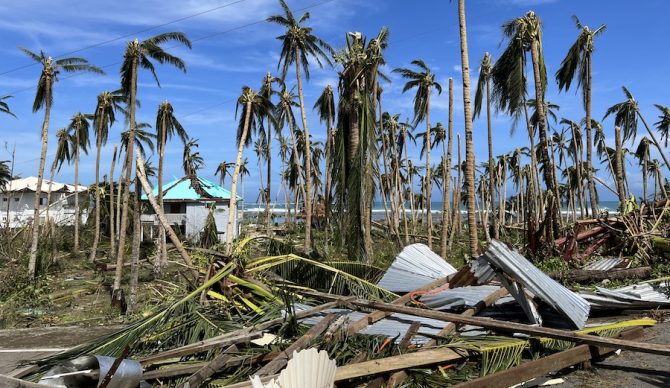 Siargao was the first and one of the hardest islands hit by Typhoon Rai. Photo: Elaine Abonal Bayer

On Thursday, Super Typhoon Rai, locally known as Typhoon Odette, made landfall in the Philippines. The storm was unexpectedly powerful, undergoing what is called “rapid intensification” the day before making landfall, which is becoming characteristic of tropical storms occurring in our warming climate. With winds of up to 168 miles per hour, the storm was comparable to a category five hurricane when it hit.

The storm first made landfall in Siargao, an island known to surfers the world over as home to the famous Cloud 9 surf break, and touched down nine more times as it swept west through the Philippines. Photos filtering in from the islands show collapsed buildings and power lines, uprooted palm trees, and worse. Nearly half a million people have been displaced from their homes. Philippines national police reported on Monday that the storm had killed 375 people and injured more than 500 while at least 53 people remained missing. 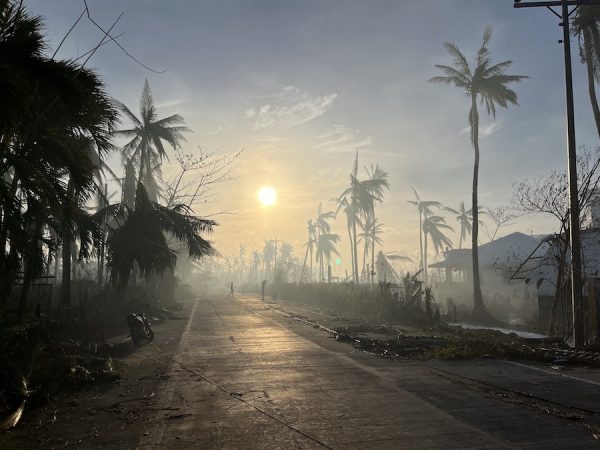 “The only things that are still standing are buildings made of concrete,” Elaine Abonal Bayer, founder of Surfista Travels Siargao, a local surf school, told me. “On Wednesday we were told it was a category two, and on Thursday, right before it hit it was upgraded to a category five, but we had no way of knowing as the power was already out. We’re used to strong rain and typhoons, but when it hit around 1 p.m. we knew this was different. My longboards were flying, I wanted to go outside and save them, but my husband said, ‘Are you kidding me? You’re gonna die.’ Roofs were flying around, trees being uprooted. The roof of our house flew off and we were left with a ceiling of cheap plywood that couldn’t keep the water out.”

Abonal Bayer and her family were lucky enough to get off the island to stay with family in Manilla, but the vast majority of Filipinos in impacted areas have nowhere else to go and, according to Abonal Bayer, are not receiving adequate aid. “We were there for five days before we could leave, and for those five days I saw no outside help coming in whatsoever,” said Abonal Bayer. “There was no internet, so we were just waiting. Two or three days after the typhoon a couple of military choppers came, but they were just there to assess the situation. The next choppers we saw were private, coming in to take out people with money and connections. But there was just no help coming in.” 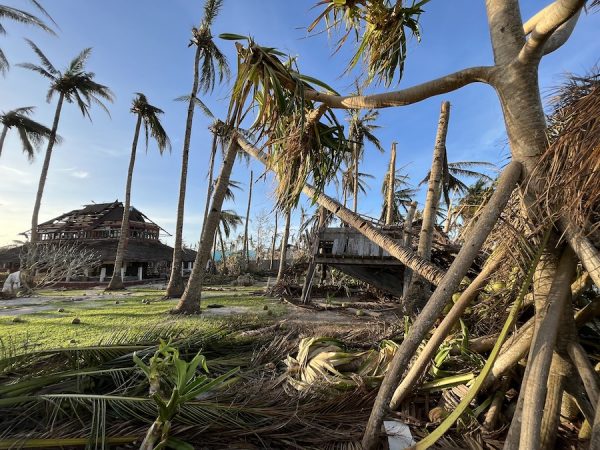 She’s hoping that spreading the word to the general surf community can help generate the required aid, especially since Siargao has given so much in terms of waves and happiness to people the world over. “There’s no water, no fuel, no shade,” she said. “Water is the main concern. People are dying because they are drinking dirty water.” 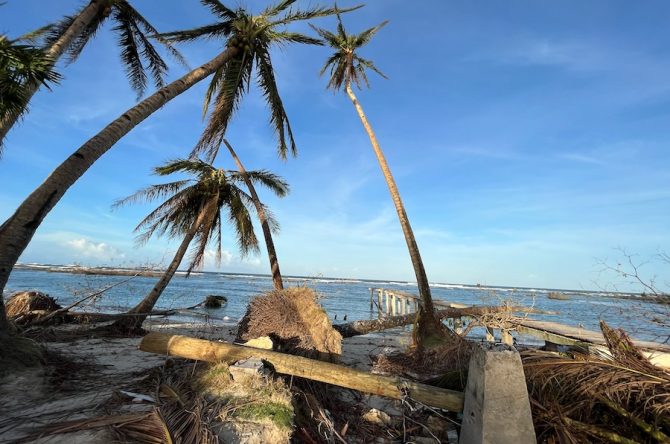 The boardwalk that used to lead to the famous Cloud 9 surf break. No word if the actual reef that forms the wave has been damaged. Photo: Elaine Abonal Bayer

Rather than sending money to mainstream organizations, Abonal Bayer suggests people focus efforts on a few local organizations that she has seen make things happen on the ground. Lokal Lab is an NGO from Siargao that has been working tirelessly to get aid to where it needs to go, and has been publishing transparency reports to show contributors where their money is being used.

Waves for Water is another organization that has stepped up to the plate to help with recovery. Their mission, in general, is to leverage the power of surfing to ensure clean drinking water for people the world over so aiding in this catastrophe is right in line with the organization’s work. They have launched a contribution page, and through Waves For Water Philippines have launched a full-scale response.

“It feels even worse because we were just recovering and getting tourism back off the ground after COVID,” said Abonal Bayer. “And now Siargao is back to zero. We’re hearing it’s probably going to be six months before electricity is back, who knows about water. And at least a year before Siargao is back to anything close to normal.”

Our thoughts and prayers go out to everyone affected by Typhoon Rai/Odette. Please consider donating to the organizations above to help with relief and recovery efforts that are sure to be ongoing.