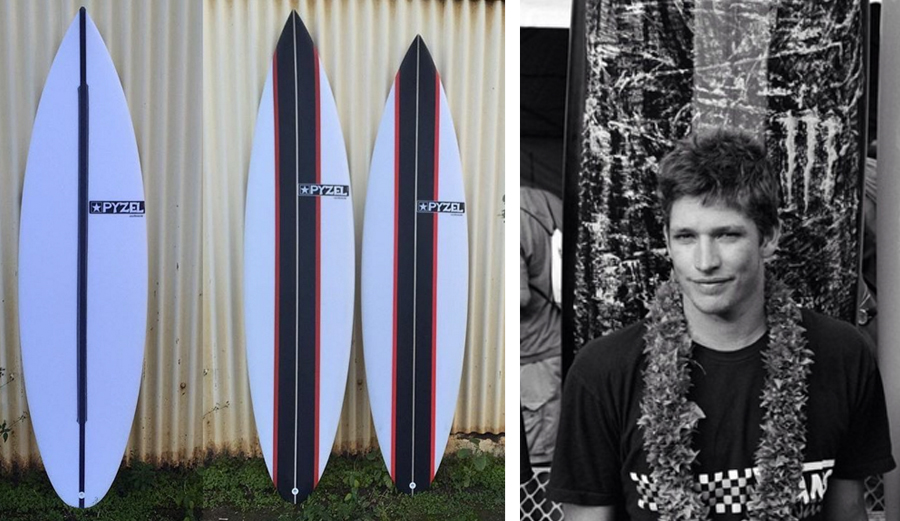 You see that smirk? That’s the face of someone who knows, oh yes, that justice will be theirs.

The waves are pumping on the North Shore right now. Like really, REALLY good. After a Wednesday’s nearly unsurfable pulse of cartoonish lunacy, it has finally cleaned up with the Volcom Pipe Pro getting underway and most of the 7 Mile Miracle looking in fine form.

And if anyone’s fiending for a few bombs, it’s Nathan Florence.

Was excited to pick up these boards until @pyzelsurfboards realized some kook stole his car with the boards in it sometime last night, a white subaru HI plates RBG 633, if you see this car or my boards let us know right away so we can pay these fellas a visit

Even the infamous barney-shaming satire account, Kook of the Day, got a apart of the action. The faceless humorists wrote:

We have another shady KOTD on our hands…this time goes to the K👀K that stole @pyzelsurfboards car(white subie HI plates RBG 633) last night with @nathan_florence and @rosswilliamshawaii fresh shred sleds in it! Help keep an eye out for this K👀K! I would fork up the goods and bail before anyone can see you if I was yous #kookoftheday #getalife

Let’s be real. Nathan likely has plenty of boards he could ride. But imagine if someone stole your board before your hankering hands got to caress the rails, apply the first wax job, and christen it with a first wave. You would not be amused. Someone call Dog the (board) Bounty Hunter.