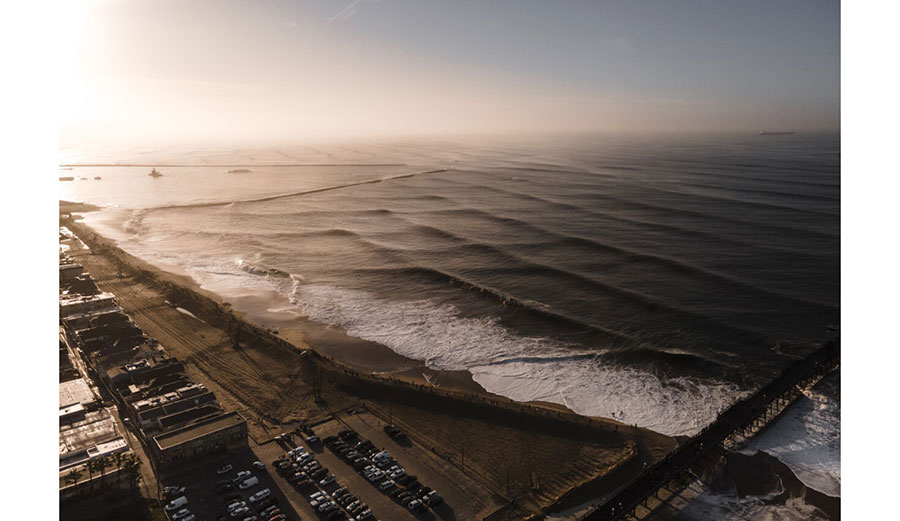 Square waves like this refracting off the jetty in Orange County are a rare sight. Photo: Jared Brown

Editor’s Note: The All-Time series showcases images that stop us in our tracks. Only on rare occasions do nature’s infinite variables align. It’s even more unusual that photos capture the essence of that moment. If you’re sitting on an image (or two) from surf or snow that you think fits the description above and you’d like to be featured, send us your photo with a few sentences about the day to contribute@theinertia.com

Square waves are a strange and rare phenomenon. You’ve likely seen them before in aerial photos of Nazaré, where they form with a little more frequency than other places. But recently, thanks to a whole lot of energy in the Pacific, square waves were spotted in California.

“This spot in Orange County rarely ever gets like this,” said photographer Jared Brown. “I would say nine out of 10 times you’ll get skunked, but on the rare occasion, a day like this happens and it’s why we chase waves.”

The chessboard-looking pattern you see in Brown’s photo is known by a few different terms. Grid waves, square waves, or cross seas are sometimes caused when two non-parallel wave systems are formed. This can happen in a few ways: one, when waves from one weather system continue despite a change in the system’s wind direction. As the waves from the new system catch up, grid waves can form.

Second, they can be caused when two weather systems far away from each other are powerful enough to send their waves to the same coastline at the same time. For seafaring folks, square waves are exceedingly dangerous, as it’s hard to go bow ahead when you’ve got waves coming at you from two angles. But for surfers? Novelty surf abounds.

And third, as in the photo above, it appears that the square waves are caused by simple refraction. As the waves from the massive storm that hit California rolled in, they bounced off the jetty and back towards themselves, causing the unique wave pattern and resulting peaks.

Brown went on to explain that he was lucky enough to score similar conditions some time ago. This time around, however, it was different.

“I happened to surf here on a day like this a few years ago with just my brother and I out,” he explained, “but this day had about 100-plus surfers on this little stretch of beach.”