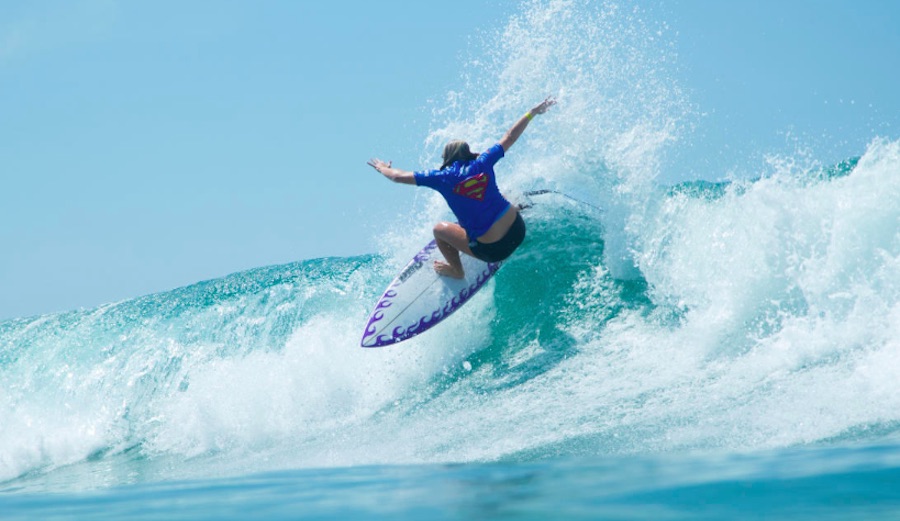 Earlier this month, a San Diego-based attorney made headlines over a letter he circulated to organizers of the Super Girl Pro – an annual all-female WSL Qualifying Series contest and festival. In his letter, Alfred Rava argued that by not including a men’s division in the event, the World Surf League, the City of Oceanside, and ASA Entertainment were discriminating against men pursuant to the Unruh Civil Rights Act.

But, in a letter dated June 14 circulated to the media, the WSL’s CEO, Sophie Goldschmidt, pushed back against Mr. Rava’s claims saying the League provides equal opportunities to men and women through hundreds of events, some combined, some male-only, and others female-only.

“All of these events offer opportunities to earn cash prizes and points towards ranking for the respective tours,” writes Goldschmidt.

The letter goes on to explain that the makeup of the WSL Qualifying Series and the challenges associated with licensing so many events across the globe means that not all events can be combined. Looking at the number of events on the QS collectively, though, Goldschmidt argues men and women have “equal opportunity.”

“WSL licenses hundreds of qualifying events around the world so that the best surfing talent can qualify for the CT,” Goldschmidt says. “Due to the challenges of operating a global tour, there are some events that feature both a men’s and women’s division ( e.g., Vans US Open of Surfing) as well as women’s only events ( e.g., Super Girl Pro) and men’s only events ( e.g., Jack’s Surfboards Pro) and each of these events drives participation in the sport. Overall, however, both men and women are given an equal opportunity to compete in WSL qualifying events.”

Finally, with respect to the legality of the Super Girl Pro, Goldschmidt says the provisions Rava cites are “distinguishable from the WSL model.”

“The WSL’s model (which offers both men’s and women’s qualifying events), does not prejudice either female or male surfers, as both have substantial opportunities to earn WSL points and cash prizes,” the letter reads. “The Super Girl Pro event, therefore, does not violate California law.”

In 2003, Alfred Rava reportedly sued several bars in San Diego’s Gaslamp Quarter for denying him “Ladies Night” discounts leveraging the Unruh Civil Rights Act and won. Then in 2017, he sued comedian Iliza Shlesinger for hosting a “Girls Night In” show in Los Angeles. Of yet, Rava has taken no legal action against Super Girl Surf Pro organizers.