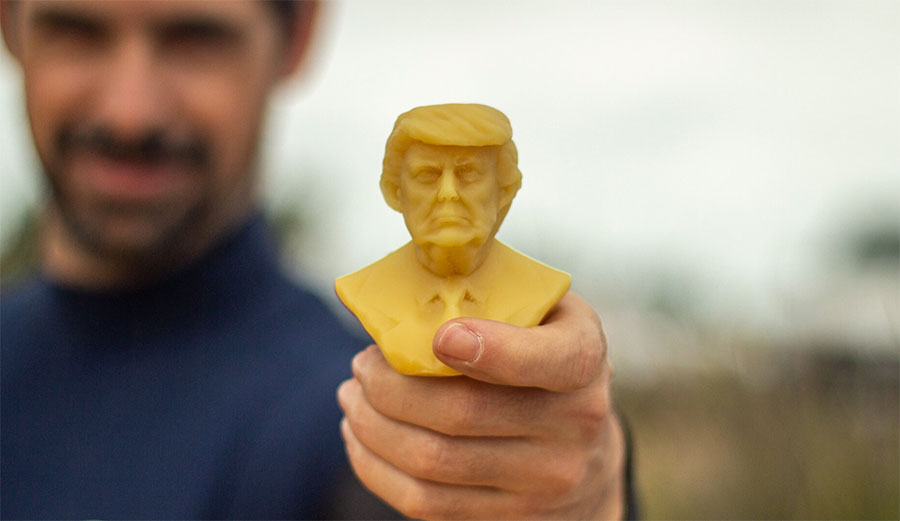 Depending on your political leanings, SmartWax might look pretty stupid. Photo: SmartWax

By now you’ve heard about the problem of ocean acidification. It’s causing a lot of problems, like coral bleaching. Reefs around the planet are vomiting out the algae that reside inside them, turning white, and leaving skeletal forests at the bottom of the sea. Ocean acidification is not up for debate, either, unless you don’t believe in science. The acidification is caused by a steady decrease in the pH of the oceans because of the uptake of carbon dioxide from the atmosphere. Our world works in a delicate balance, and that balance is staggering around like a drunk man on the beach. There are a lot of suggestions about how, exactly, we can even attempt to solve such an enormous crisis, and none of them are all that entertaining — none of them except one: SmartWax. Created by the Clean Ocean Foundation Australia, SmartWax is an “open-source surf wax that contains a natural substance capable of neutralizing these harmful acids.”

It’s a big claim, isn’t it? And that alone isn’t exactly entertaining, unless you’re a chemist. But if you’re not, here’s the fun part. SmartWax comes in little tiny busts of world leaders who deny that climate change is a real thing. First and foremost, as you would imagine, is Donald Trump, and in January of 2020, Brazilian President and Amazon torcher Jair Bolsonaro is on the docket.

Clean Ocean Foundation Australia wants everyone to use SmartWax. They want all the existing wax companies to use their formula because they estimate that if every surfer in the world (some 35 million, depending on who’s counting) used their formula, it could help treat about 112 million liters of seawater per day, which is about 29 million gallons. Keep in mind that 29 million gallons is literally a drop in the bucket — NOAA estimates that there are 352,670,000,000,000,000,000 gallon-sized milk containers of water in the Earth’s oceans.

But still, it’d be something, at least. “We can no longer afford to sit by and watch our oceans turn to acid and marine environments turn into a wasteland,” Clean Ocean Foundation CEO John Germill said in a statement. “SmartWax shows that we can all shape a better future for our ocean if we stick to it.”

So how does it supposedly work? Well, SmartWax has limestone crystals in it, which sounds slightly ridiculous off the jump. There is, however, real science behind it. According to a study conducted by the Society of Chemical Industry back in 2008, “a workable way of reducing carbon dioxide levels in the atmosphere by adding lime, found in limestone, to seawater has the potential to dramatically reverse CO2 accumulation. Adding lime to seawater increases alkalinity, boosting seawater’s ability to absorb CO2 from the air and reducing the tendency to release it back again.”

And hey, if you’re not a Trump fan, at the very least you get to smash a waxen representation of his face into your surfboard.